“It was a big game. I remember when I was small I watched the final with (Samuel) Eto’o on our side and (Austin) Okocha on the other (Nigerian) side, it was a pleasure to see those games. Those were games which motivated me to play for my country and it is a dream now to represent Cameroon,” Choupo-Moting told DW in June 2021.

The 32-year-old who was born in Hamburg, Germany, is one of the stars for the Cameroon side that will fight for the African title on home soil this month. Cameroon finished fourth the last time they hosted the championship in 1972. But they have gone on to amass five AFCON titles since then, with a possible sixth in the coming weeks.

“It’s an honor to play the Nations Cup at home, it’s a special thing for the whole nation. We want to go as far as possible, that’s clear,” said the Bayern Munich star who missed out on Cameroon’s AFCON triumph in Gabon in 2017. 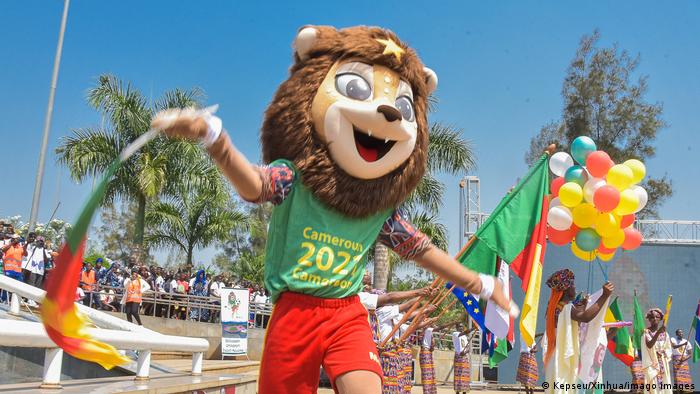 Cameroon’s preparations for the AFCON have been topsy-turvy. They were scheduled to host the tournament in 2019 but fell short as it was extended to 24 teams from its original 16-team format. It meant the country required additional stadiums to accommodate a bigger event.

CAF, Africa’s football governing body, hosted a summer tournament in Egypt that year and rescheduled Cameroon for 2021. The global COVID-19 pandemic led to further postponement by a year, leaving enough time for Cameroon to ensure that its facilities would be delivered, albeit far behind schedule.

Crises in the English-speaking part of Cameroon also created a cloud of uncertainty over the championship. More than 4000 people have been killed by security forces and armed militia since agitations began for a separatist country of Ambazonia in the Northwest and Southwest Regions. Afcon host city Limbe resides in the latter.

There has also been agitation by opposition groups against President Paul Biya’s 40-year rule. In December, 47 activists of the Movement for the Rebirth of Cameroon (MRC) were jailed by a military court for “rebellion” against the state. 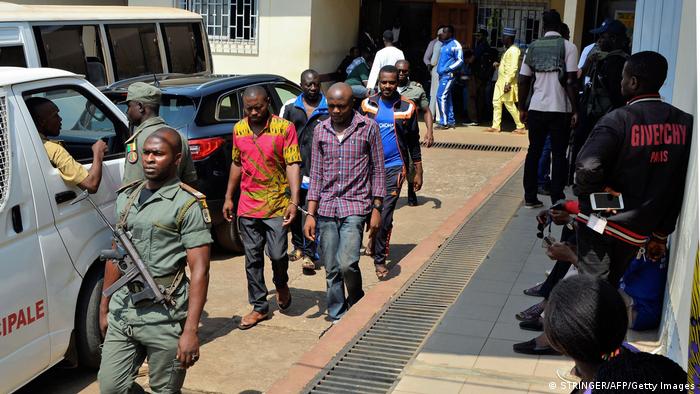 “The Africa Cup is a good opportunity for human rights organizations and those detained arbitrarily to be heard because it seems Cameroon has been forsaken by the international community due to its distance from all the world’s centers of power,” said Fabien Offner of Amnesty International.

Going into its 33rd edition, the AFCON’s influence on European football is increasing. 64.7% (238 of 368) of the players at Gabon 2017 were employed by European clubs according to the European Club Association (ECA).

The English Premier is expected to lose up to 40 players, including the Liverpool trio of Mohamed Salah, Sadio Mane and Naby Keita, Manchester City’s Riyad Mahrez and Leicester’s Kelechi Iheanacho. The Bundesliga will send about 14 players to the tournament including Choupo-Moting and Union Berlin’s leading Nigerian striker Taiwo Awoniyi for up to four weeks.

The timing, right in the middle of the European season, has always been tough for clubs who expect their players to help in their push for titles and relegation.

With the COVID-19 pandemic, the ECA had pushed back against the tournament but Samuel Eto’o, recently elected president of the Cameroon Football Federation (Fecafoot), denounced the attempts to undermine the tournament.

“I do not see a convincing reason to postpone the Africa Cup of Nations, the Euro was played during the pandemic with full stadiums,” Eto’o told Canal+. “They played in many cities in Europe, so why shouldn’t we play in Cameroon? If some think we should postpone the tournament, they need to give a good reason.”

Can the Lions roar?

Cameroon won their fifth AFCON title against Egypt in 2017 in Libreville. The Indomitable Lions will hope they can add a sixth and close the gap on the Pharaohs when the final rolls by on February 7. To do that they will need to fend off the other favourites, reigning champions Algeria, Senegal, Nigeria, Ghana and Morocco. 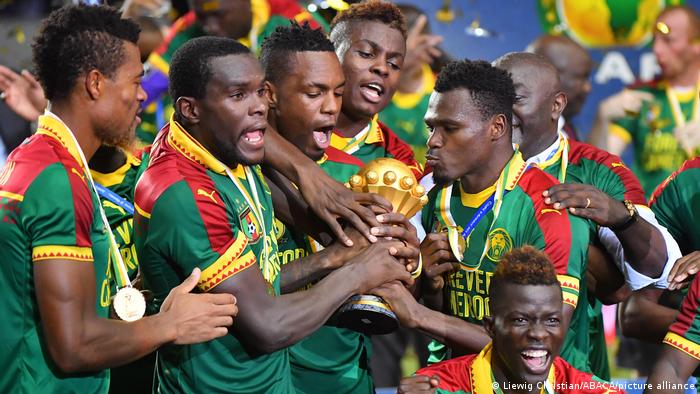 Cameroon won their figth Afcon in Libreville in 2017

“We know that every team coming to Cameroon wants to win the title,” assistant coach Francois Omam-Biyik, a 1988 AFCON winner, told DW. “We won in Surulere, we won in Abidjan, we won our five titles in different countries. It is a tough challenge but the Lions are prepared to defend their turf.”

Cameroon start their campaign against Burkina Faso before taking on Ethiopia and Cape Verde in their Group A. Success will mean moving on to potential clashes with Senegal and Guinea in the knockout stage.

This does not intimidate Choupo-Moting. “We have a good squad, a good team. We’re a big nation of football in Africa and we will do our best,” the Bayern striker said.