Hosts Cameroon recovered from an early shock in their Africa Cup of Nations opener against Burkina Faso, with late first-half penalties from Vincent Aboubakar eventually seeing them start their campaign with all three points.

After an opening ceremony featuring tribal-style shields emblazoned with national flags, the “Indomitable Lions” fell behind in their home tournament when Gustavo Sangare gave Burkina Faso the lead midway through the first half, the Cameroonian defense punished for poor marking in the box.

But a physical Burkina Faso side only had themselves to blame when they gave away two penalties for clumsy tackles before halftime. Aboubakar converted both, to give Cameroon a lead they never relinquished in an entertaining game.

And so, the home fans celebrated a successful AFCONstart at the Olembe Stadium, which was limited to 80% capacity due to COVID-19. Access was restricted to fans with proof of vaccination and a negative PCR test.

Matches not involving Cameroon will be restricted to 60% capacity, but that’s better than nothing three years after the tournament was originally supposed to take place. 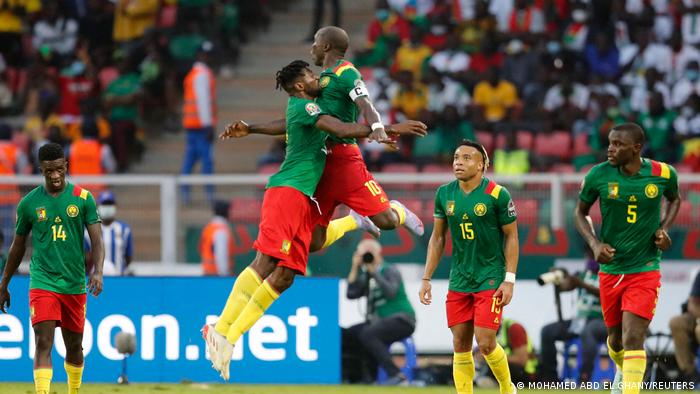 Cameroon was initially scheduled to host the event in 2019, but the competition was moved to Egypt due to concerns about preparation and security. At the time, the West African country was in the grip of the Anglophone separatist crisis and also threatened by the Boko Haram insurgency in neighboring Nigeria.

In its place Cameroon was awarded the 2021 tournament, which was then postponed by one more year due to the coronavirus pandemic. Now, exactly 50 years after Cameroon last hosted AFCON in 1972, the tournament is back in the football-mad country.

But even this year, the buildup hasn’t been without issues.

With an increasing number of African players starring in some of Europe’s top leagues — including the likes of Liverpool duo Mohamed Salah (Egypt) and Sadio Mane (Senegal), Manchester City’s Riyad Mahrez (Algeria) and Bayern Munich’s Eric Maxim Choupo-Moting (Cameroon) — tensions have arisen between clubs and countries.

In December, the European Club Association wrote to FIFA’s deputy secretary-general Mattias Grafström citing concerns over player safety against the background of the spread of COVID-19.

“If the European Championships took place in the middle of the pandemic, with full stadiums in several cities in Europe and there was no problem, why wouldn’t AFCON be played in Cameroon?” Samuel Eto’o, the former Barcelona, Inter Milan and Cameroon star who is now president of the Cameroon Football Federation, told French media last month. 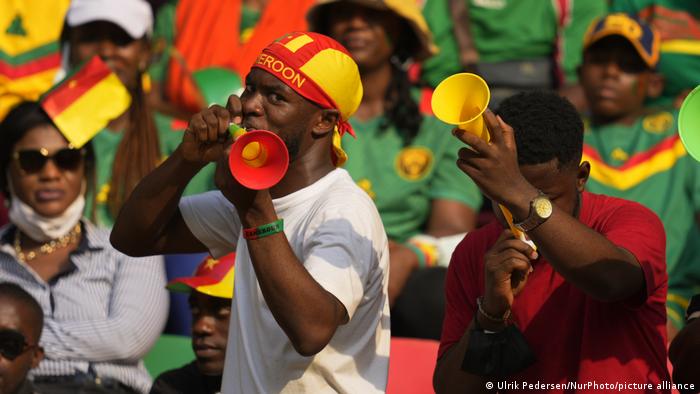 English Premier League team Watford have come in for particular criticism, with the Senegalese Football Federation (FSF) accusing them of denying permission for striker Ismaila Sarr to join up with his national team on “spurious” grounds.

“The FSF wishes to express its deep condemnation of the disrespectful, pernicious and discriminatory behavior of Watford who seek by all means to prevent a player from playing with his national team,” said a statement.

“Ismaila Sarr suffered a knee ligament injury on 20 November in the match against Manchester United and has not been fit to play for Watford since,” the club responded, inviting Senegalese officials to check the player’s medical records themselves.

Meanwhile, when Ajax and former Eintracht Frankfurt striker Sebastien Haller was asked whether or not he would be joining up with his Ivory Coast teammates for the tournament, he responded: “This question shows disrespect for Africa. Would this question ever be asked to a European player ahead of the Euros?”

Admittedly, the European Championships don’t take place during the European club season, but the debate nevertheless highlights the ongoing discussions over football’s global calendar, with FIFA even pressing for a biennial World Cup which would only put more pressure on the schedule.

First organized in 1957, the Africa Cup of Nations is the third oldest international tournament in the world after the Copa America (first held in 1916) and the World Cup (1930). But it has often struggled for recognition.

If the 2022 tournament continues in the same exciting vein as the first match between Cameroon and Burkina Faso, that can only help boost its standing in the global game.