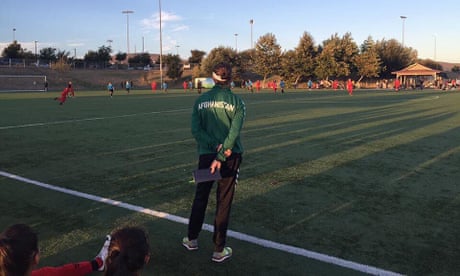 The Guardian reported in November that Fifa was examining the allegations, which had prompted the team’s principal sponsor, Hummel, to cut ties with the AFF and call for new leadership, and which subsequently led to the attorney general’s office announcing a full-scale investigation. In a tweet posted on Sunday morning, Fazel Fazli, chief adviser to the country’s president, announced the suspensions.

Jamshid Rsooli, spokesman for the Afghanistan attorney general’s office, told the Guardian: “After reports of allegations of sexual abuse of women footballer in Afghanistan football federation, attorney general’s office of Afghanistan has appointed a committee to investigate this thoroughly to find that how much of these allegations are true and to find whether it is true or not. The committee has started their investigation. Our colleagues will investigate everyone needed.”

Senior figures associated with the women’s national team told the Guardian that abuse took place inside the country, including at the federation’s headquarters, and at a training camp in Jordan last February. A senior Fifa source confirmed it was investigating the claims and said it had been working with the United Nations on some players’ safety.

The team’s former coach, Kelly Lindsey, expressed her relief at the news of the suspensions: “For years I have listened to stories of how women are treated in Afghanistan – seeing and hearing the disparity in our players’ voices. I have seen how these men have destroyed the bonds, trust, and unity these women built together through teamwork. For every step forward we went through a despairing step back at the hands of these men.

“I stopped in my tracks when I saw the news and felt for once in these women’s lives they can see that unity can lift them out of despair. That their voice has finally been heard and hopefully for their bigger mission to help all women and children of Afghanistan have a voice and live their dreams.”

Mina Ahmadi, one of a group of players removed from the team for refusing to sign new contracts, said: “I was in awe when I saw the news. When we started this whole movement I was hoping for a fundamental change but because so many people before us tried it as well, I wasn’t sure if we will be heard.

“The fact so many people joined us in our fight and we honestly brought some change just makes me feel so proud. I’m proud to know so many female fighters for justice and I just hope that it’s the beginning of a greater and brighter future for our country. It’s the biggest honour to be part of this mission and to show people that you should raise your voice when you are treated wrongly.”