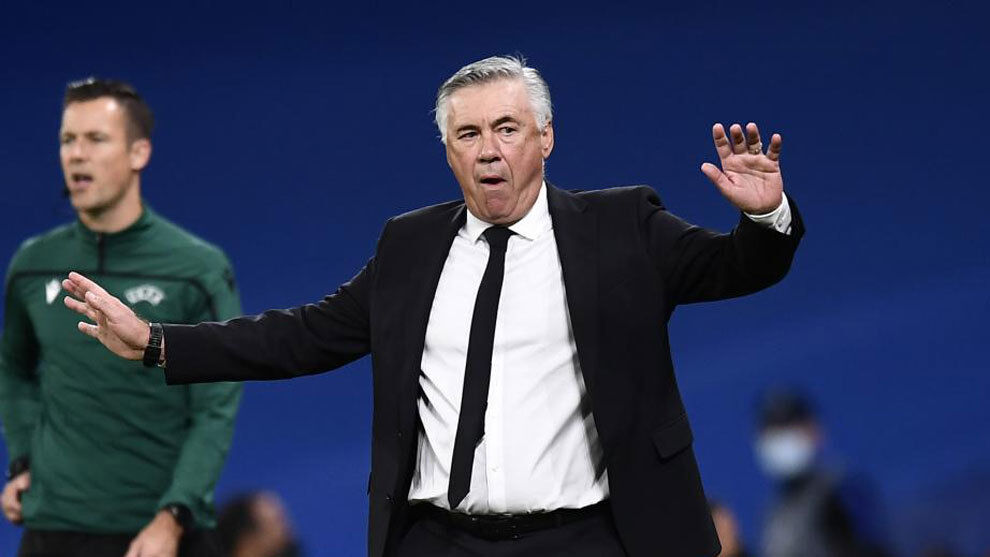 Carlo Ancelotti does not believe that the reason why Real Madrid lost 2-1 at home to Sheriff was down to the way they in which they went chasing a winner.

The Italian coach made a series of changes, which ended up with Fede Valverde at right-back and Eduardo Camavinga at left-back, as Real Madrid went all-out attack, but it backfired when Sheriff scored a 90th-minute winner.

“I think Camavinga is used to playing there and Valverde pushed forward a lot on the right,” Ancelotti said after Real Madrid‘s defeat.

“The game was under control, we didn’t lose because we put Camavinga at left-back. We lost because of bad luck, because of a throw-in…”

In terms of how Ancelotti saw the match as a whole, he tried to remain positive.

“More than worried we are sad. We played with intensity, commitment…” he explained.

“We lost because of small details. The team played well. We could have been better in the final metres, but it’s difficult to explain.”

Eden Hazard showed signs that he is getting back to his best on Tuesday night, and Ancelotti hopes that he will begin to add goals to his game in the near future.

“He played well with [Karim] Benzema, he moved around in the box… He is just lacking a goal.”