Ansu Fati says he feels ‘no pressure’ after taking on the responsibility of the No 10 shirt that Lionel Messi wore at Barcelona.

The Catalan giants were unable to retire Messi’s shirt after he elected to join PSG as the Spanish FA’s rules require LaLiga teams to assign their 25-man squad the numbers 1-25.

Therefore, Barcelona made the decision to hand it to another graduate of the club’s famed La Masia academy instead. 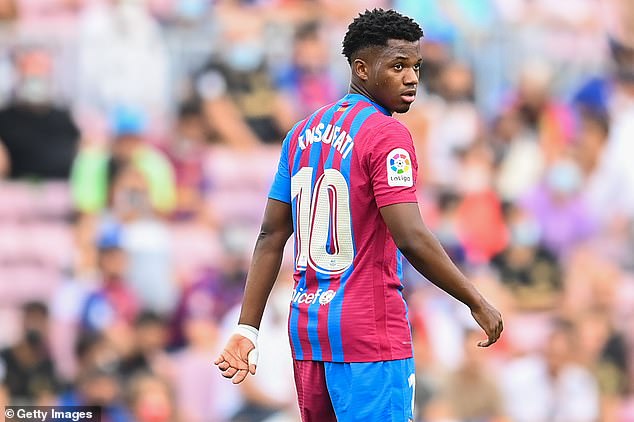 Having worn the shirt during Barcelona’s victory over Levante, Fati – who swapped from No 17 to 10 – says he feels proud rather than nervous when it comes to wearing the jersey.

He said: ‘It is not a pressure. I am proud to wear the number 10 after Leo. I am happy with the club and captains for the opportunity.’

Barcelona released as statement at the start of the month outlining why ‘record breaker’ Fati was the perfect player to be filing Messi’s shoes. 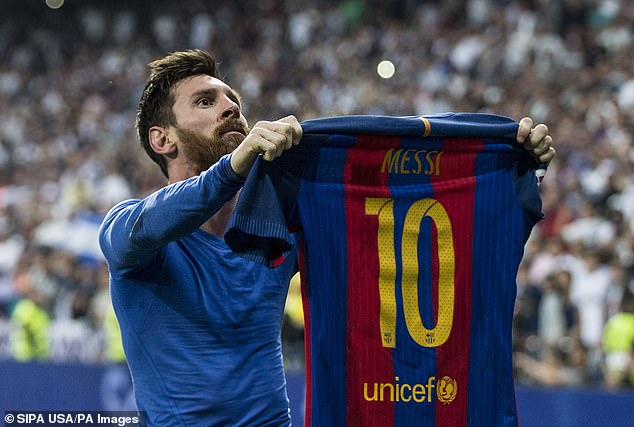 Messi, Barcelona’s greatest ever player, wore No 10 for many years before leaving for PSG 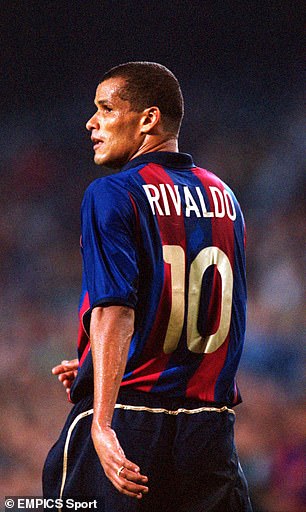 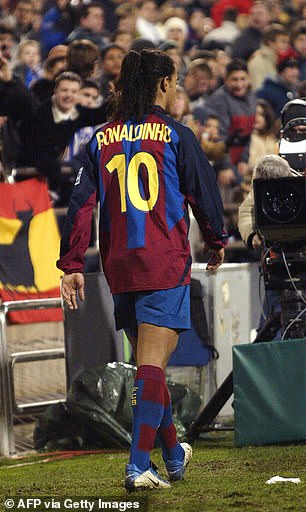 ‘Ansu Fati has a new shirt number. After wearing the No 22 then No 17, the young Barca striker will proudly wear the number 10 shirt – a famous jersey previously worn by legends such as Leo Messi, Ronaldinho and Rivaldo,’ the statement read.

HISTORY OF NO 10s AT BARCELONA

‘Despite being just 18 years of age and still recovering from injury, Ansu Fati forms part of Barca’s history as a record breaker and also with the Spanish national side.

‘Since his debut in August 2019, the youngster has set records in the league and Champions League.

‘Just six days after his debut for the first team he became the youngest ever player to score in the league for FC Barcelona. He is a record breaker who will now wear the magical No 10 shirt.’

The No 10 shirt at Barcelona carries a lot of weight – having been previously worn by Diego Maradona, Pep Guardiola, Romario, Rivaldo and Ronaldinho.

However, Fati has shown he is worthy of the number – having scored when he returned to action on Sunday.

Fati has been recovering from a serious knee injury which he sustained during a match against Real Betis back in November 2020.

However, he returned to action after 10 months out – coming off the bench in the 82 minutes – to score a sensational goal in the Catalans 3-0 win over Levante.

The youngster picked the ball up in midfield and charged forwards, bypassing multiple Levante defenders. He then unleashed an impressive strike from 20 yards out to finish the game off. 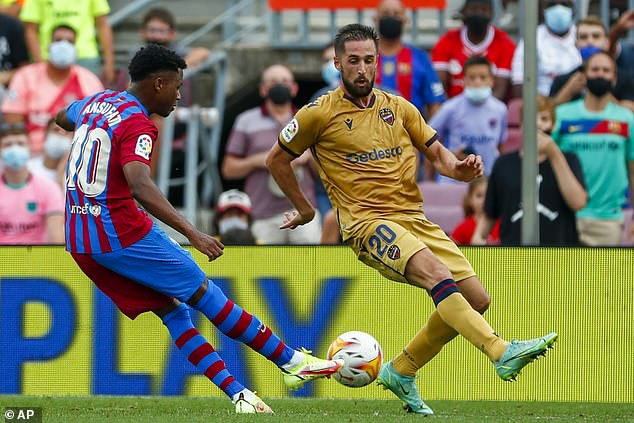 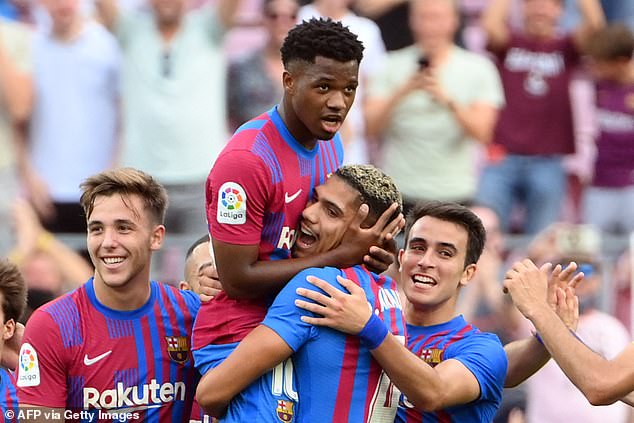 Speaking of his goal, Fait said: ‘I did not imagine a return like this. I am happy for the victory, there is still a long way to go.

‘Thanks to the doctors and physios who have been with me.

‘I am happy to help the team and for my family who have been suffering these months. I am very grateful to all.’