Arsenal superstar Bukayo Saka and his representatives are ‘interested’ in a potential future move to Premier League rivals Liverpool, according to fresh reports.

The 20-year-old starlet has emerged as one of the most important players at the Emirates stadium despite his tender years, and hailed as the future talisman of Arsenal for seasons to come.

However, Saka’s meteoric rise to prominence has attracted many elite level football clubs with Jurgen Klopp‘s Liverpool said to be among them. 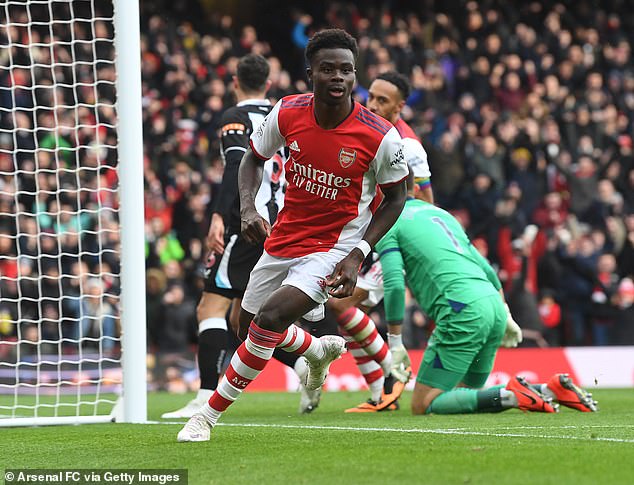 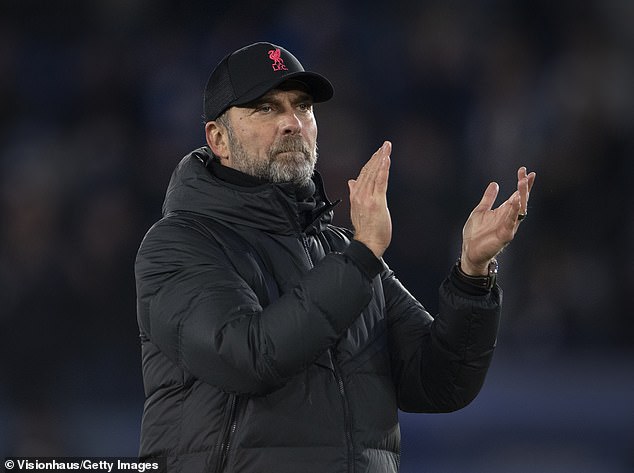 Now, according to latest information from The Transfer Window Podcast, via Ian McGarry, Saka would be open to the opportunity of turning out at Anfield in the red of Liverpool.

McGarry claims the Gunners have already held exploratory talks with Saka’s agents to extend his contract, which runs until the summer of 2024.

He added: ‘Liverpool would provide the opportunity and platform for him to play and compete at the highest level. And that would certainly be something that I’m told he and his representatives are very interested in.’ 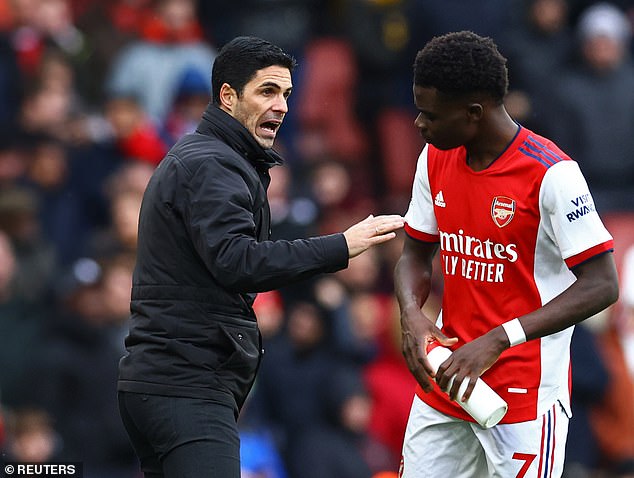 Saka is now vital for Mikel Arteta and, crucially for Arsenal, is contracted to the club until 2024

It is noted that Saka has admiration for the team Klopp has built on Merseyside, along with Liverpool’s consistent return to Champions League football.

Saka has been in stunning form for the Gunners this season, having already matched his tally of five Premier League goals from the previous campaign.

The versatile attacker, who has also contributed four assists, was at his dazzling best and registered a double in the 5-0 thrashing of Norwich City on Boxing Day.