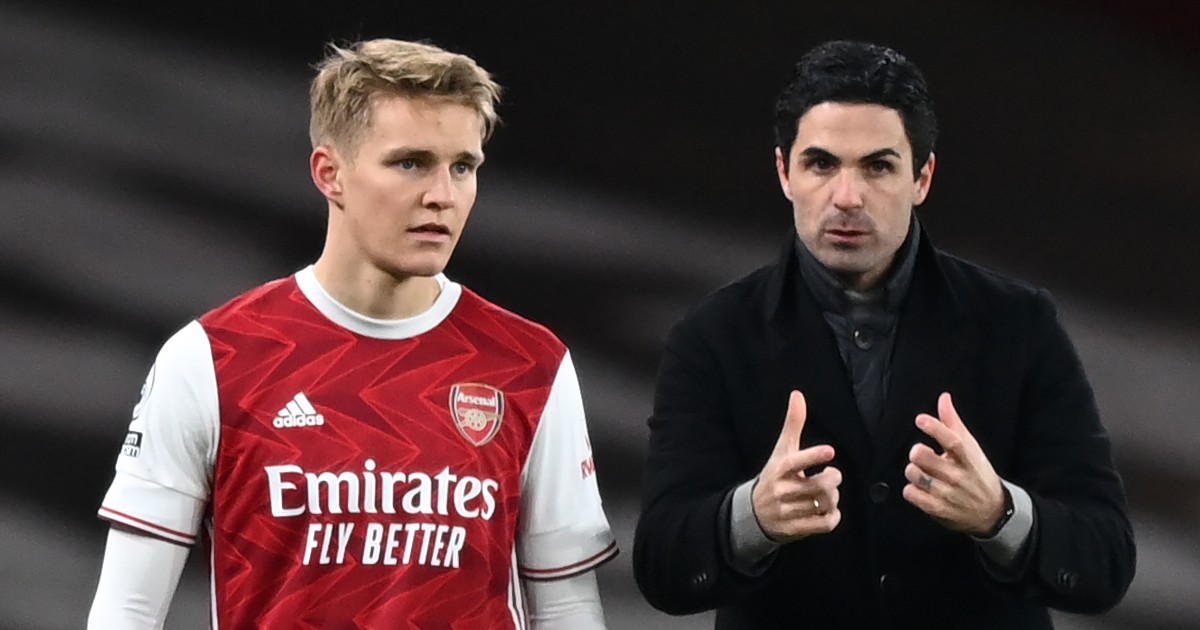 Real Madrid midfielder Martin Odegaard may yet return to Arsenal this summer.

Odegaard spent the second half of last season on loan in north London, being voted Arsenal’s Player of the Month for March and netting in a derby victory over Tottenham.

The Norwegian became a popular figure at the club but returned to Real Madrid at the end of the campaign with the hope of establishing himself in Spain.

It was thought that new manager Carlo Ancelotti wanted to keep Odegaard and afford him more first-team opportunities, but Real are having to sell players to boost their own transfer budget.

After their hopes of landing Odegaard either permanently or on another temporary deal were apparently extinguished, it seems that the 22-year-old is still on Mikel Arteta’s radar.

Arsenal ‘have not given up on’ pursuing the player and ‘there is belief’ that Real ‘would be open to offers,’ according to Football.London.

That report adds any move would be made ‘towards the end of the transfer window’.

It was claimed by Cadena SER reporter Mario Torrejon recently that Odegaard is “looking very disconnected” back at the Bernabeu, potentially reigniting Arsenal’s interest.

The Gunners are still contemplating a move for Leicester midfielder James Maddison, having identified the player as one of their key summer transfer targets.

But Leicester’s valuation of Maddison could prove prohibitive for an Arsenal side dependent on player sales to raise transfer funds, putting the cheaper Odegaard back on the table.

The Norwegian had bid farewell to the club in a statement at the start of July.

‘Arsenal, thank you so much for these 6 months,’ he wrote.

‘My time with the Arsenal family will always hold a special place in my heart.

‘I want to thank everyone in and around the club for the way you made me feel like a part of the family since the first day.

‘A huge thank you to the boss and his staff for everything I’ve learned during my stay.

‘Thank you also to all my teammates for such a great time on and off the pitch. Will miss you all. Thank you, gunners family. Always in my heart.’