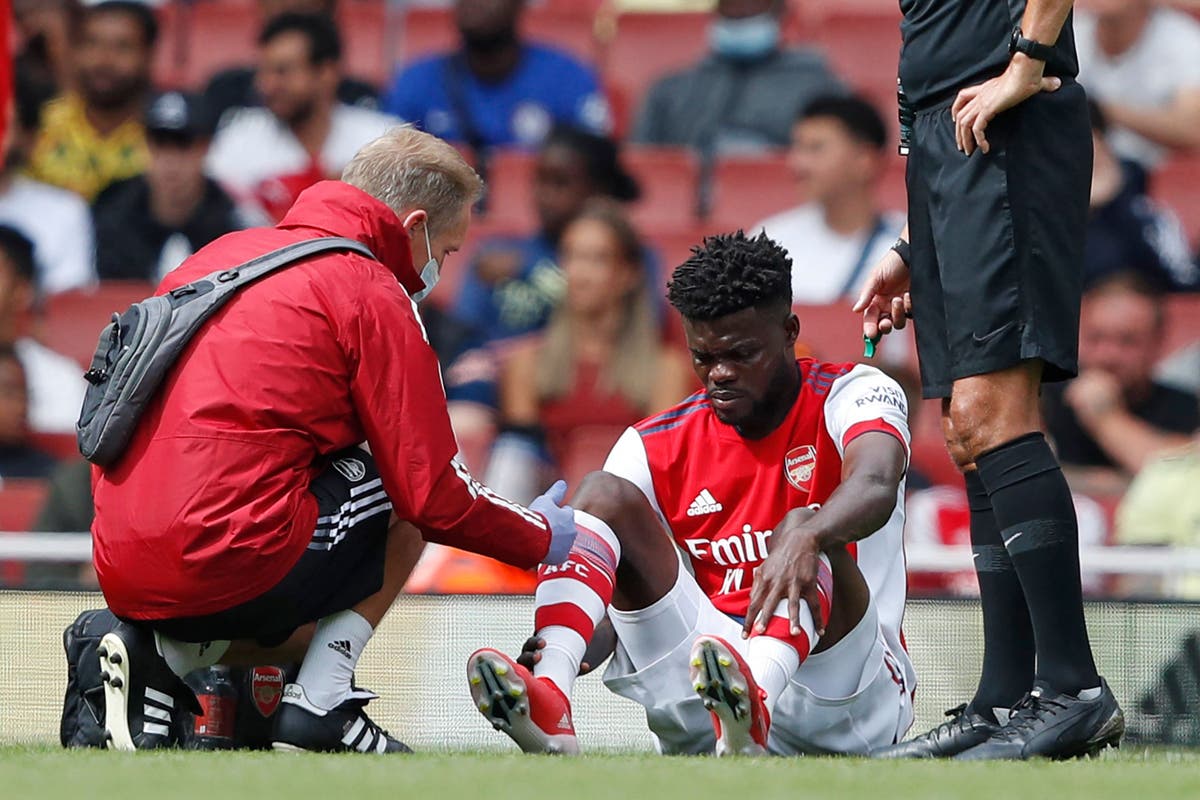 However, in a fresh update released by Arsenal on Thursday morning, the club confirmed that last summer’s marquee signing was now expected back in training by the end of the month.

After kicking off their campaign against Brentford, Mikel Arteta’s side host Uefa Super Cup winners Chelsea again at Emirates Stadium on August 22 before a trip to Championship promotion contenders West Brom in the second round of the Carabao Cup on August 24 is followed by a visit to reigning top-flight champions Manchester City on August 28.

The influential Partey has endured bad luck with injury since joining Arsenal from Atletico Madrid in a high-profile £45million deal on transfer deadline day in October 2020, featuring in only 24 Premier League matches during his maiden campaign in English football.

Arsenal will also be without defender Gabriel until at least early September after he suffered a knee injury that forced him to withdraw from Brazil’s successful Olympics campaign in Tokyo.

Like Partey, striker Eddie Nketiah also sustained an ankle issue during the friendly against Chelsea and is expected to resume training early next month.