Arsenal to miss out? Roma chief due in London for talks with Tammy Abraham – 101 Great Goals

Another update concerning the future of Chelsea and England star Tammy Abraham has been forthcoming on Wednesday.

On the back of essentially being frozen out at Chelsea by Thomas Tuchel, Tammy Abraham’s future has been called into question over the last several months.

It was claimed back in April that Chelsea would be open to listening to offers for the 23-year-old striker.

We would then see an Arsenal switch touted towards the back end of July.

However, this week has now seen a new competitor emerge for Abraham’s signature.

Roma have agreed a £34m deal to sign Tammy Abraham from Chelsea, reports Sky in Italy.

However, on Tuesday, Arsenal once again found themselves linked with Tammy, as reports in the British press stated that the forward had accepted personal terms with Arsenal:

Roma chief to fly to London

Now though, on Wednesday, yet another update has been forthcoming regarding Abraham.

And it would seem to suggest that it is Roma who are in the drivers’ seat when it comes to the Chelsea hitman.

David Ornstein of The Athletic has reported that Roma general manager Tiago Pinto is expected to arrive in London over the next 48 hours to try and help complete the signing of Abraham.

It is added that Roma have reached an agreement with Chelsea for his permanent transfer, with the decision now down to Abraham. Said deal is also believed to include a buyback clause.

Ornstein also mentions ‘credible admiration’ from Arsenal, amid suggestions Abraham would prefer to remain in London.

However, that situation is said to be difficult due to Chelsea preferring Abraham moved abroad and that the Gunners would likely need to sell a player to accommodate Tammy.

🚨 EXCL: Roma chief Tiago Pinto due in London over next 48hrs for Tammy Abraham talks. Understand clubs agreed on permanent deal + buyback but 23yo undecided. He spoke to Mourinho & #ASRoma want decision by weekend or may look elsewhere @TheAthleticUK #CFC https://t.co/thw11pn8WQ 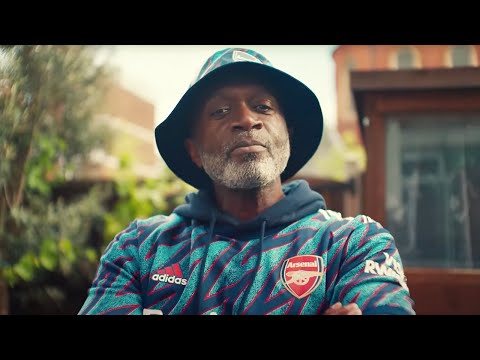 This is what it means to support The Arsenal ♥️ #arsenal Enjoy match highlights,…

Welcome back, Gabriel Martinelli! | Behind the scenes at Arsenal training centre