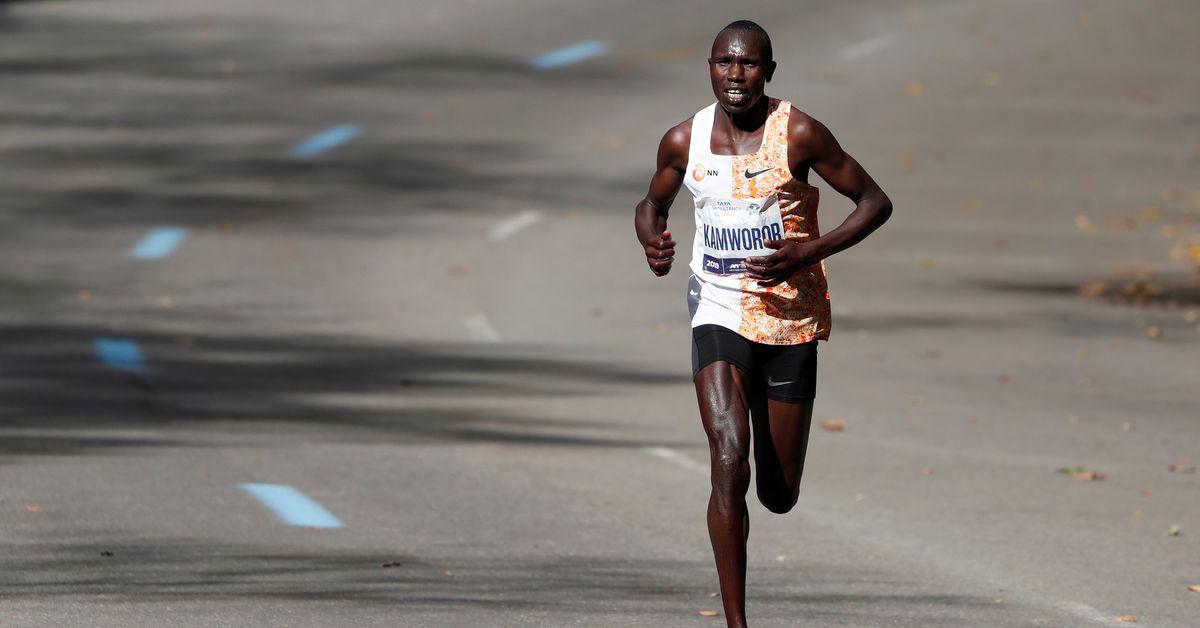 July 22 (Reuters) – Kenyan 10,000 metres runner and 2019 New York Marathon winner Geoffrey Kamworor has pulled out of the Tokyo Olympics due to an ankle injury, he told BBC Sport Africa on Thursday.

The 28-year-old is a three times world Half Marathon champion, and previous world record holder, and had hopes of a medal in the 10,000m after winning the national trials.

He won silver at the 2015 world championships in Beijing, behind Britain’s Mo Farah.

The injury comes after he was hit by a motorcycle while training near his home in June last year, suffering a fractured tibia.

“These are obstacles which can come on your way when you come back from a tough injury earlier on. It’s only now extremely bad timing,” the BBC quoted his manager Valentijn Trouw as saying.

Reporting by Alan Baldwin in London, editing by Pritha Sarkar