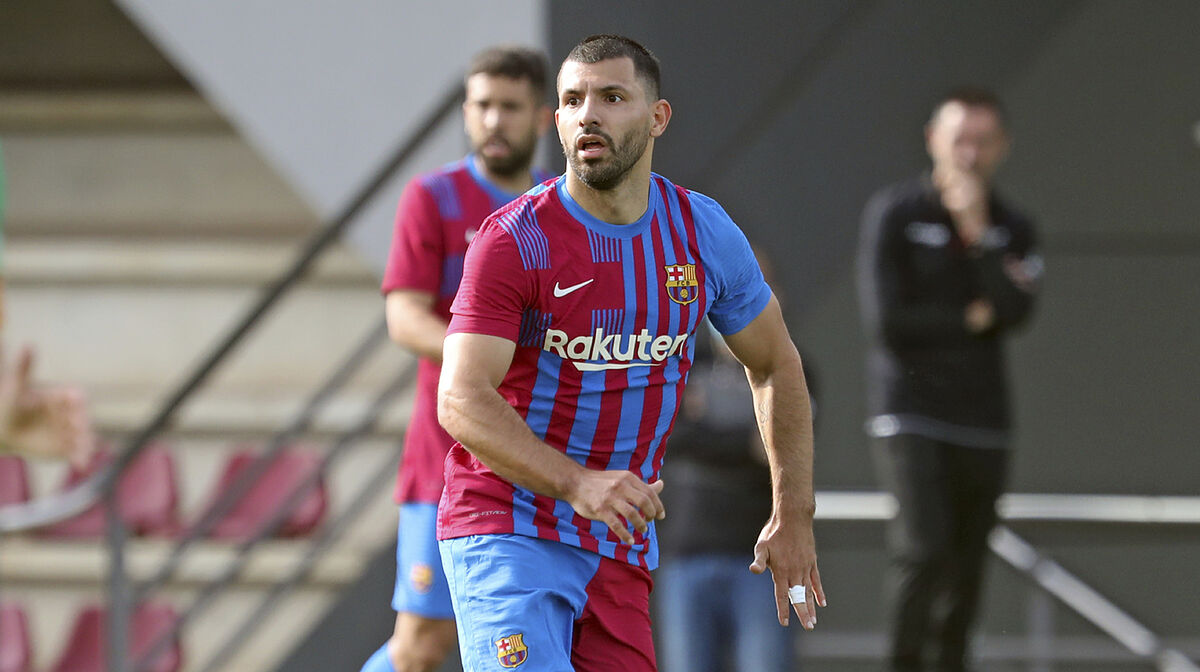 It’s no secret that Barcelona‘s attacking productivity has been underwhelming this season, and that’s being kind, yet there is hope in the form of Sergio Aguero‘s return to fitness, with the Blaugrana hanging their hat on his production for the remainder of the 2021/22 season.

Having signed Aguero on a free transfer at the start of the summer window, it was felt that this was somewhat of a match made in hell once it became clear Lionel Messi wouldn’t stay at the Camp Nou.

Aguero was signed by Joan Laporta in the hope it would persuade Messi to stay, whilst Aguero agreed to join rather than head back to Argentina in order to play alongside his close friend at club level.

With Messi out of the equation and headed to Paris Saint-Germain, there wasn’t a clear idea of where Aguero would fit in, especially as Ronald Koeman had rather clearly preferred Memphis Depay in the build-up to the summer window, yet such is the dire nature of the Catalan club’s situation this term, Koeman will turn to just about anyone.

Having been absent through injury since he put pen to paper, Aguero has recently returned to full training and he was included in a behind-closed-doors friendly match on Wednesday afternoon.

With UE Cornella as the opposition, Aguero opened the scoring in what was his unofficial debut for Los Cules, and it was clear that the former Atletico Madrid star still knows where the goal is.

He played for 30 minutes as per the recommendation of Barcelona‘s medical team, although it’s unclear when he will be judged to be ready to be thrust into competitive LaLiga Santander action.

How bad have Barcelona been in attack?

It’s not usually a great indication that a team is moving in the right direction when they are pinning their hopes on the return of an injury-prone 33-year-old, yet that is where we are with Barcelona right now.

The question is, just how bad have Barcelona been?

Koeman likes to put towards the fact his team makes chances in matches, but their inability to convert them undermines him at every turn, and it’s clear the fans won’t accept these excuses for long.

There needs to be an air of realism in the acknowledgement that losing the greatest player the club has ever had will see a dip in production, but Luuk de Jong‘s return of one goal in 342 minutes across six matches is appalling.

Memphis has carried the team going forward, yet his contribution has only been inflated because it’s been so much better than those around him. The alarming reality is that the Dutchman has only scored three goals in nine appearances this season, and this is your main centre-forward.

Ansu Fati‘s absence hasn’t been helpful, whilst Ousmane Dembele‘s injury came at an awful moment for Koeman too, but neither of those players are prolific goalscorers either.

Aguero is the only player in Barcelona‘s squad that you can label a prolific goalscorer, and nobody knows if he can still do it at the top level, but Barcelona are hoping that he can, they have no other choice.