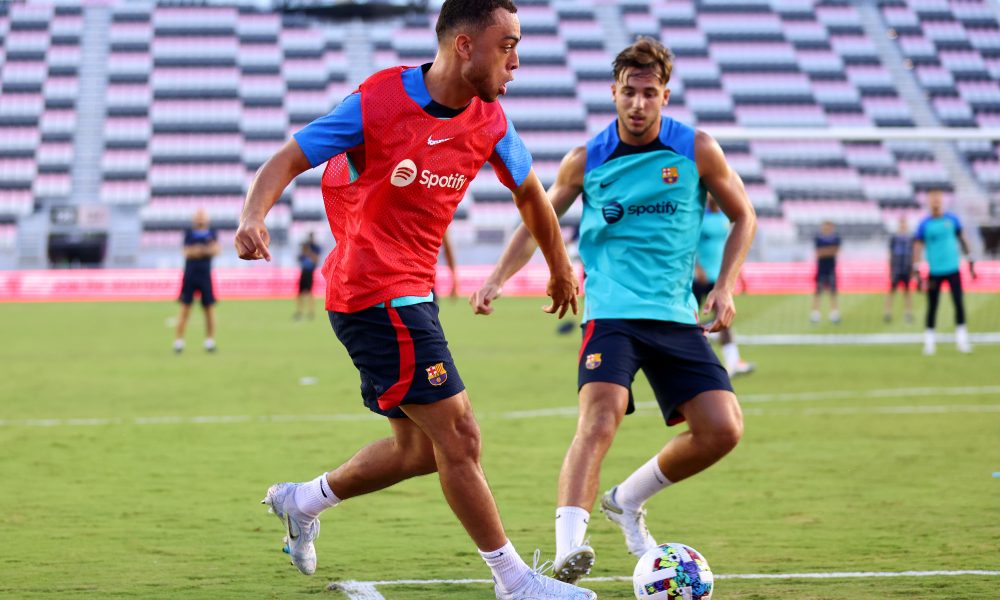 Xavi Hernandez has made it clear that he does not see Sergino Dest as part of his plans at Barcelona by freezing him out of the squad in the season.

The 21-year-old right-back, who joined the club from Ajax in 2020, was given a chance in the pre-season to make an impression. But it seems like the youngster failed to win over the manager and has not played a single minute of competitive football for far this term.

Xavi and Barça have made it clear to Dest that he needs to find a new club. And while he was initially reluctant to leave, the USMNT international is now believed to be warming up to the idea of moving on and restarting his career elsewhere.

There have been rumours of interest from Premier League giants Manchester United, with reports claiming that the Red Devils and Barcelona are in talks over a potential swap deal involving Dest and Aaron Wan-Bissaka.

Now, Adrian Sanchez is reporting that if Dest were to leave Barcelona, his preferred destination would be Manchester United. However, a move could be complicated as the Premier League giants need to get rid of some players before they can sign him up.

It is only natural that a potential transfer to Old Trafford appeals to Dest as he would be reunited with his former Ajax manager Erik ten Hag, who handed him his first-team debut with the Eredivisie giants.

The 21-year played 38 matches under the Dutch tactician before joining Barcelona and a chance to play under a manager who trusts him would be enticing.

But the update from Adrian Sanchez says that Manchester United will need to sell players before making any more signings, after recently agreeing a deal worth €100 million for Antony.

So, whether they can press ahead with their interest in Dest and sign him before the window closes remains to be seen.