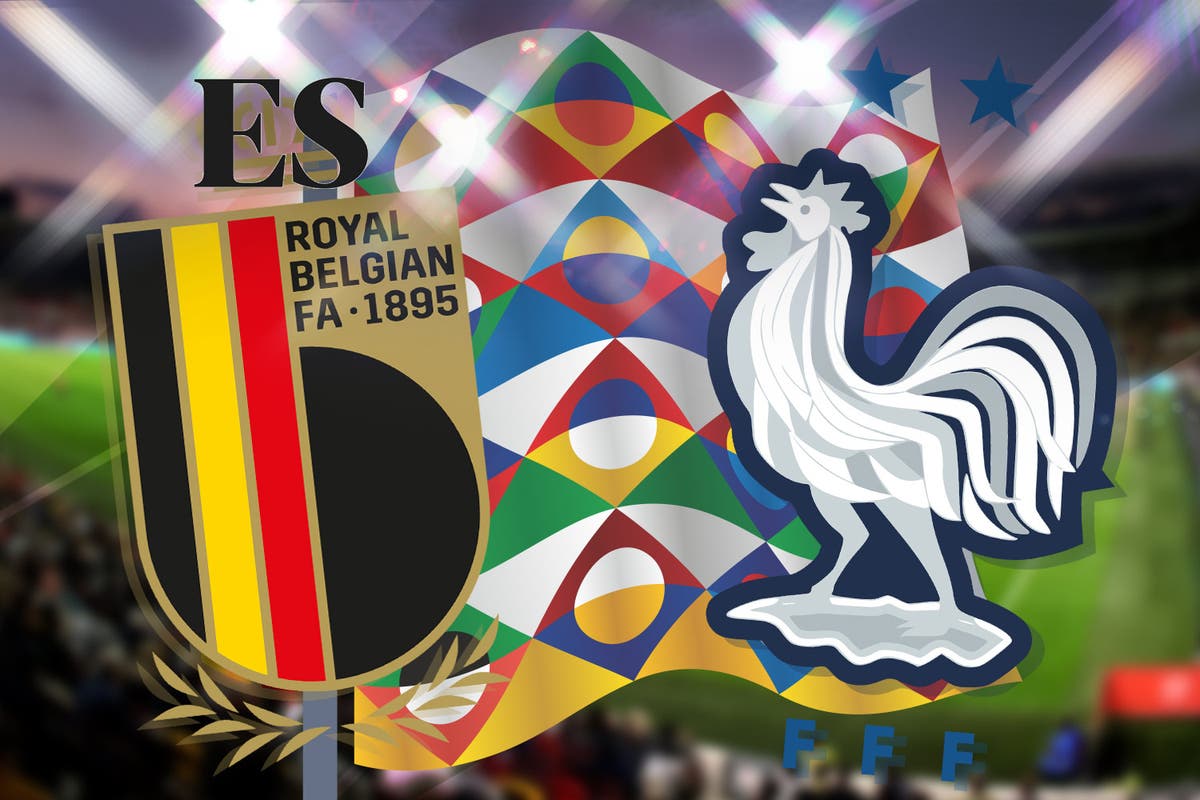 Belgium and France go head to head for the first time since the semi-finals of the 2018 World Cup, when Samuel Umtiti’s header was enough to seal victory for Les Bleus en route to glory in Russia.

The pre-tournament favourites endured a European Championship to forget under Didier Deschamps after being stunned on penalties by Switzerland in the last 16, while they were also held to frustrating World Cup qualifying draws by Bosnia and Herzegovina and Ukraine before beating Finland last time out.

Belgium, meanwhile, remain the world’s no1-ranked team, reaching the quarter-finals of the delayed Euros over the summer before being bested by eventual champions Italy.

Roberto Martinez’s star-studded side haven’t been short on goals latesly after big wins over Estonia and the Czech Republic, though needed Dennis Praet’s goal to see off Belarus in their last outing and will know the major trophy window is quickly closing for their ‘Golden Generation’.

Spain await the victors of this match in a high-profile final on Sunday evening after they ended Italy’s record 37-match unbeaten streak last night courtesy of a Ferran Torres double, while for the losers it’s a third-place play-off against the Azzurri in Turin.

Follow Belgium vs France with Standard Sport’s LIVE blog below!

What drama these Nations League semi-finals have provided.

France will face Spain in Sunday night’s final in Milan.

Just remarkable. Belgium will have to dust themselves down for a third-place play-off against Italy.

Into four minutes of added time and Theo Hernandez sets himself with a touch and rifles a shot in off the hand of Courtois after Pavard’s cross is not dealt with after he had bombed on beyond Griezmann.

Now is THAT the winning goal?!

It’s an absolutely superb free-kick from Pogba, who agonisingly hits the crossbar.

I’ve said this already, but WHAT A GAME THIS IS.

87 mins: Carrasco gets beyond Pavard down that Belgium left much too easily and plays a fine low cross for Lukaku, who gets the right side of Lucas Hernandez and side-foots beyond Lloris.

Belgium celebrate what they think is likely the winning goal, but hang on a second!

The offside flag is up – it won’t count! Replays show Lukaku was just ahead of Hernandez when that ball came in.

France breathe a sigh of relief.

85 mins: Absolute quality from France, with the ever-lively Mbappe linking up beautifully with Pogba and then Benzema before curling a shot narrowly wide of Courtois’ right-hand post.

France still on top but this is still anyone’s game.

Will we see another late twist in the tale or does extra time beckon?

79 mins: Griezmann tries his luck again but hits over the bar.

France have been so impressive in this second half.

You can’t take your eyes off this game for a second.

Puts you in mind of the Liverpool-Manchester City draw at Anfield last weekend.

76 mins: Good grief what a game this is now!

France have sent on Tchouameni for Rabiot.

Tchouameni is then denied by a diving Courtois after an initial shot is blocked.

At the other end, Lukaku blasts over but the offside flag was up.

74 mins: Vertonghen’s header from the subsequent corner ends up on the roof of the net.

Vanaken replaced Tielemans after the Leicester man conceded that penalty.

Brighton’s Trossard has also come on for Hazard.

73 mins: It’s been all resurgent France in this second half, but suddenly Belgium spring back into life and Lloris makes a fingertip save to push a vicious strike from De Bruyne over the top.