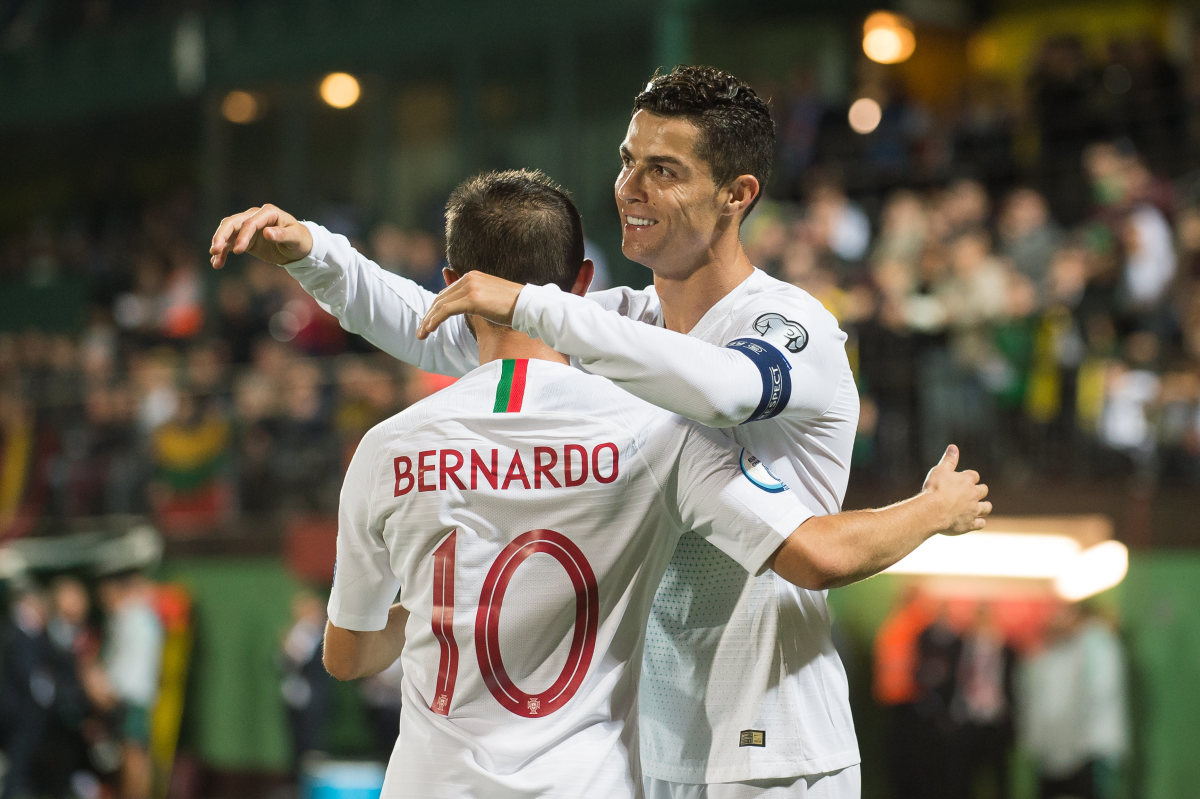 In the recent summer window, five-time Ballon d’Or winner Cristiano Ronaldo departed Juventus and returned to Old Trafford where he had previously spent many of his formative years.

Arguably the greatest goalscorer of all-time, Ronaldo quickly got off the mark on his second debut for the Red Devils as he scored a brace to help seal a 4-1 victory for Ole Gunnar Solskjaer’s side against Newcastle United.

Owing to Ronaldo’s return to the Premier League, Bernardo Silva has been quizzed on his compatriot’s latest move and subsequently commented on Ronaldo once again turning out for Manchester United.

READ MORE: City set to get in position for €60M Barcelona star if opportunity arises

Bernardo also sent a slight warning to his Portugal teammate as he exclaimed, “Hopefully we can beat him, we’re going to work very hard to beat him. But it’s a very good signing, obviously.”

Since his return to Manchester United, Cristiano Ronaldo has so far registered a total of five goals in six appearances, with the Old Trafford side having found themselves in serious title contention for the first time since Sir Alex Ferguson’s retirement.

However, before Ronaldo returned to the red side of Manchester, the Sky Blues were heavily linked with a move themselves following their failed pursuit of Harry Kane.

However, a sensational deal was unable to come to fruition and consequently, Cristiano Ronaldo is set to face off against the Premier League champions in next month’s Manchester Derby.