West Ham United have announced that Billy Stewart has joined the women’s team as goalkeeping coach.

Stewart moves to the Irons after three years with the Accrington Stanley men’s team, helping the side to get promoted to League One last season.

“It’s a great honour to be a part of this club,” Stewart told whufc.com. “I’m loving it here with West Ham.

“There’s a fantastic coaching staff here and a terrific set of players, who I saw in action for the first time on Sunday, and I’m looking forward to working with them all for what I hope is a very long time.”

It’s a great honour to be a part of this club. I’m looking forward to getting to work with a terrific set of players – Billy Stewart

Women’s head coach Matt Beard is delighted to have added a coach of Stewart’s calibre to his team, and is looking forward to working with the newest acquisition.

Beard said: “Billy brings a wealth of experience. I was really impressed with him during the application and interview process, and since he’s come in, he has been fantastic.

“I think Billy is going to be a great addition to our coaching team and we are all looking forward to working with him.”

A former Liverpool apprentice, Stewart has coached across the world and previously worked with the England U19s, and was a part of the Northern Ireland coaching set up when the U19s won the Milk Cup.

The goalkeeper spent ten years in the Liverpool coaching set-up, working across the ranks, from the first team to the academy, helping recognisable names such as Pepe Reina, Jerzy Dudek and Chris Kirkland develop their game. 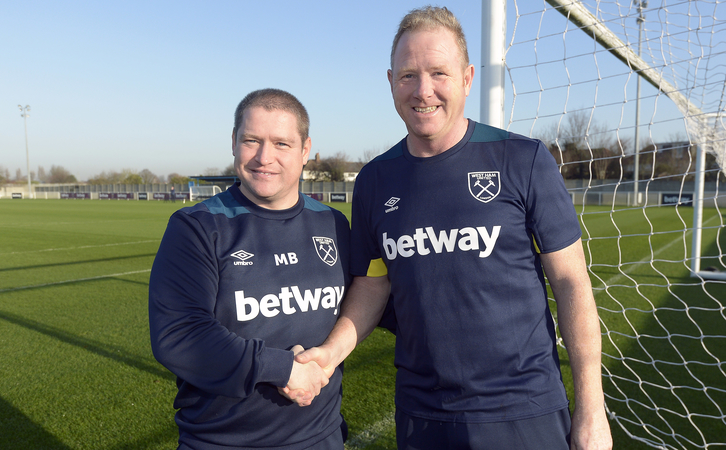 Most recently, Stewart worked with Football League team Accrington Stanley, and helped the men’s side earn promotion to League One in the 2017/18 campaign.

Having worked with Bolton Wanderers Ladies at the same time, Stewart is eager to get to work with both West Ham goalkeepers; Becky Spencer and Anna Moorhouse.

He said. “Becky and Anna are like sponges. They absorb information and they actively look forward to learning and listening. I think they both have a real chance of progressing and being top, top goalkeepers.”

The coach highlighted Beard’s reputation and pedigree as being a main reason for opting to join West Ham, and Stewart is excited to help the Irons finish as high as possible in their first season in the FA Women’s Super League.

Stewart added. “Matt has a great reputation. He won the league title with Liverpool and it’s great to be working with such a professional head coach, who expects the highest of standards from everyone around him.

“With Paul McHugh as assistant, and the rest of the team, everything here is set up for success. This is an exciting journey to be on.”