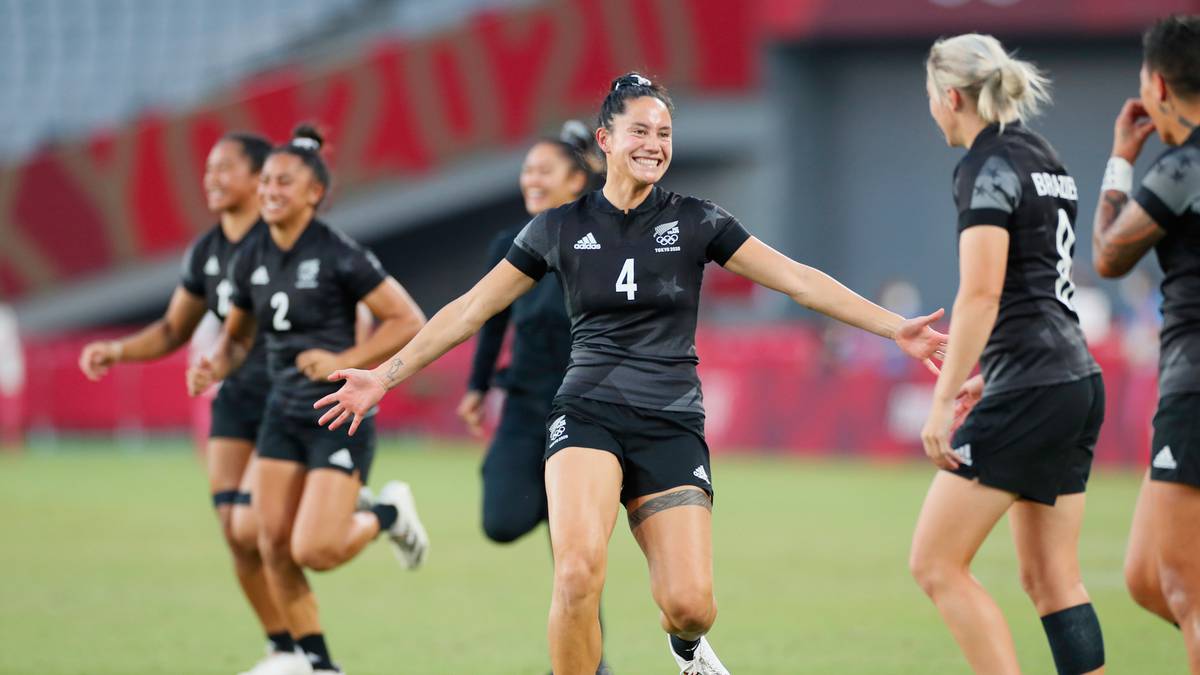 The Black Ferns Sevens have been recognised as the best female team to compete at the Tokyo Olympic Games.

The team received the prestigious Tokyo 2020 award virtually at the Association of National Olympic Committees (ANOC) Awards, which were held in Crete.

“This is a huge honour for us. It was unreal to win that gold medal and this award just makes that campaign even more special,” said Hirini.

“We’re really proud of our achievements and success over the last five years and we’re excited for what’s next.”

“New Zealand was inspired by the efforts of our women’s sevens team in Tokyo,” said Smith. “This team put years of hard work into an amazing Olympic campaign and truly deserve this award.”

In the final at the Tokyo Games the New Zealanders beat France 26-12 in a commanding performance to seal their spot as Olympic champions.

The win topped off a huge campaign which began following the loss of the gold medal match to Australia at Rio 2016. In the years following, the team rebuilt and strung together an amazing run to claim every title available, including winning four successive World Series titles, the Commonwealth Games and the World Championships, before claiming the coveted Olympic gold.