Lewis Hamilton conjures up more Silverstone magic to end Red Bull’s recent qualifying supremacy to take first on the grid for Saturday’s first-ever F1 Sprint; “We’ve finally got all the fans at the British Grand Prix and the desire to want to deliver for everyone is beyond belief” 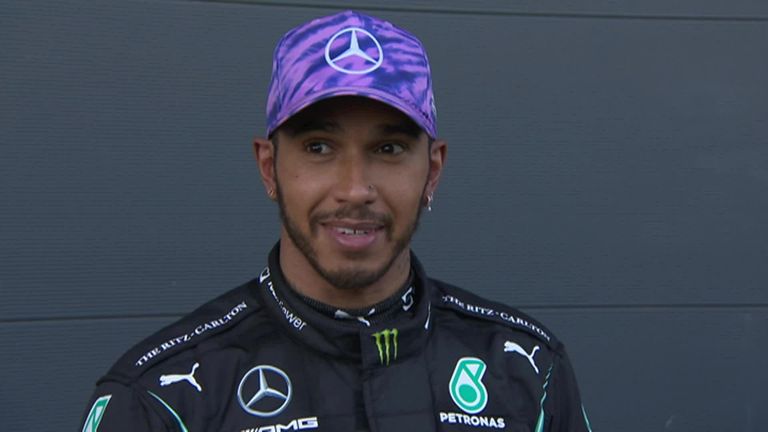 Lewis Hamilton spoke about the work Mercedes have put in to get back ahead of Red Bull at the start of the British GP weekend.

Lewis Hamilton said the long-awaited return of fans to the British Grand Prix helped spur him and Mercedes on to the qualifying performance which ended Max Verstappen’s recent run of supremacy, as they struck the first blow in the first leg of F1’s new-look weekend.

Securing the leading position on the grid for Saturday’s inaugural F1 Sprint event – where points are on offer to the top three finishers and the full result sets the starting order for Sunday’s showpiece Grand Prix – Hamilton delivered a scintillating performance to the delight of the packed and approving Silverstone grandstands.

“We have been missing this for a whole year!” said a jubilant and emotional Hamilton amid the biggest fan-attended event in the UK since the first lockdown last spring.

“I’m so grateful to see everyone here – we have missed you for a whole year.

“To come to the Silverstone grand prix and have a full crowd like this, you see the energy and when I was coming into it with the great work we have done together in the team plus the energy of the fans would give us there.

“This is down to the fans I think.” 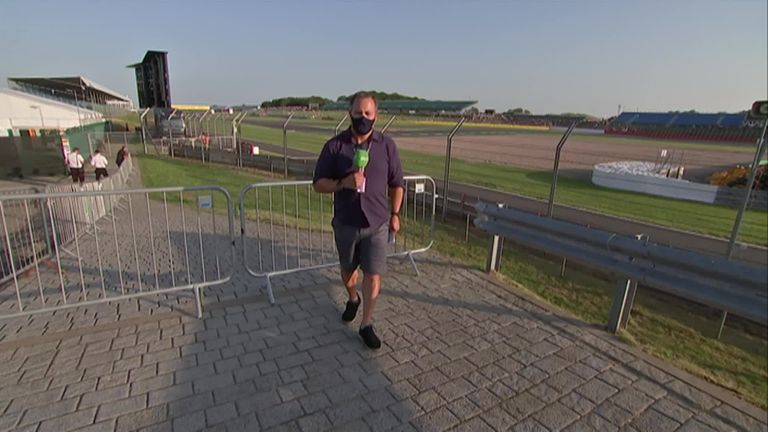 The first of three Notebooks from the bumper British GP weekend. First up: Ted Kravitz’s verdict and round-up from Qualifying.

With Silverstone granted permission by the government to run at capacity across the weekend after staging behind-closed-doors races last summer due to the pandemic, Hamilton added: “It has been such a difficult time for everyone and we have finally got all the fans at the British Grand Prix and the desire to want to deliver for everyone is beyond belief.

“We watched the England game the other day and you see how much passion there is in England. I know it was a difficult time for everyone but I was hoping I could do my part in bringing something positive.

“This is only the first step but ‘wow’. What a fantastic way to end the day and now we’ve just got to do a lot of work for tomorrow.”

Back in the simulator and back on top for upgraded Mercedes

Hamilton had last topped qualifying six races ago at the Spanish GP on May 8, with Ferrari (twice) and Red Bull (three times) since proving the quickest car over a single lap.

Although Mercedes have played down the impact of the upgrades added to their W12 for this weekend, it appears that those detail improvements, and the team getting the car into a stronger performance window for a circuit they have traditionally excelled, has combined to make the difference.

Hamilton also revealed he had taken the advantage of the new weekend schedule to spend the morning in the team’s simulator at their factory in nearby Brackley.

“Red Bull were very quick in that practice session [earlier on Friday] but we were staying very focused on our job and trying to layer up,” he said.

“I was in the sim this morning using it as a practice session because it’s the first time we’ve ever had a morning free, just putting in the time and to give absolutely everything. Leave no stone unturned.

“That first lap [in qualifying] was great. The second one was looking even better but just lost the back end in that last corner, so my heart was in my mouth as I crossed the line. But I could see the crowd and it was really reminiscent of my first pole here in 2007.” 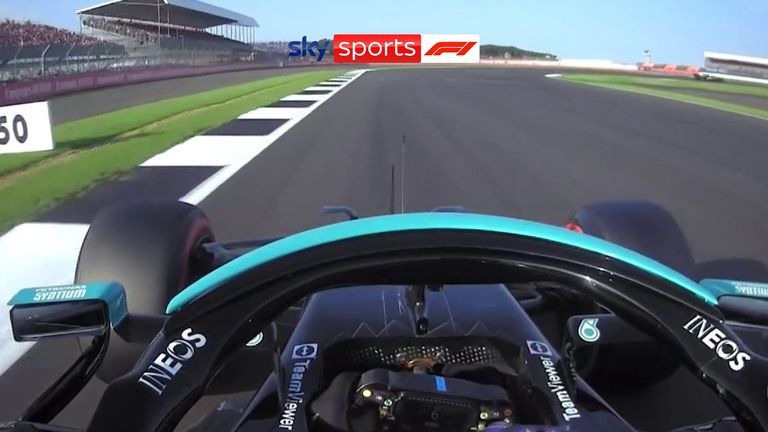 Watch how Lewis Hamilton secured first place on the grid for the first Sprint of the season at Silverstone.

Damon Hill: “A surprise and I think a little bit of relief as well because they have taken a little bit of a battering from Red Bull and this is the first little chink of light.

“I have to say, this was classic Lewis. He has been building and building. What a great performance.”

Jenson Button: “It’s fantastic for the team and fantastic for Lewis. You can also hear the excitement in his voice. The crowd just went wild. It’s the most exciting Friday I think we have all had for a long time!”

On to the sprint: How will Hamilton approach it?

Despite Mercedes appearing to be in their most competitive shape for a while, Hamilton is naturally staying cautious about their chances of staying ahead all weekend of championship leaders Red Bull, the winners of the last five grands prix.

Particularly as the novelty of the Silverstone weekend means that setting the pace in qualifying arguably carries less guarantee of a strong Sunday race than usual given drivers first have to navigate the all-new F1 Sprint event on Saturday. 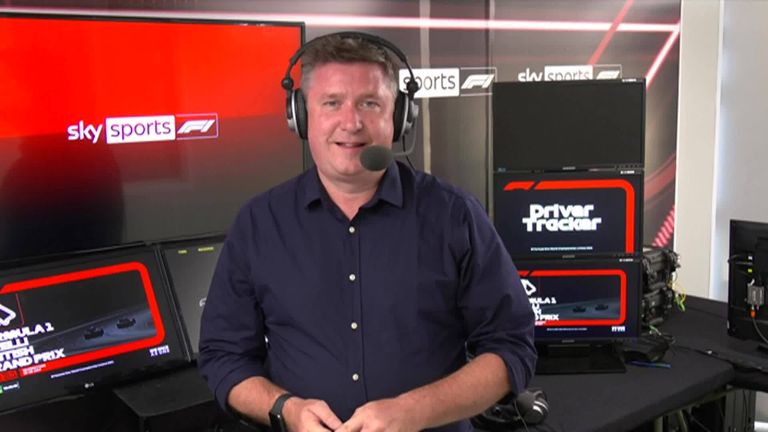 David Croft wraps up qualifying in 60 seconds after an entertaining Friday from Silverstone.

A race format which will run to 17 laps, the finishing results of the sprint will set the grid for Sunday’s race. There are extra points on offer to the top three finishers – with three for first race – but drivers will also battle for position with the knowledge that any mistakes or retirements will leave them at the back of the grid for the race, when the big points are handed out.

Asked how he would approach the sprint, Hamilton said: “With my head up and just all guns blazing.

“I need to bring out the lion tomorrow and give it everything.”