Max Verstappen topped the timesheets in the British GP’s final practice before the inaugural F1 Sprint later on Saturday, as the championship leader geared up for a unique battle against rival Lewis Hamilton.

In a session where most drivers were preparing for the much-anticipated 17-lap race – live on Sky Sports F1 at 4.30pm – rather than focusing on outright speed, Verstappen completed less mileage than his rivals but also clocked the fastest time, ahead of Ferrari’s Charles Leclerc and Carlos Sainz.

Hamilton, who will head the field ahead of Verstappen in the F1 Sprint, was clearly on a different strategy to the 32-point championship leader and finished with a fastest time over a second off the fairly modest 1:29.902.

The Silverstone home hero finished down in eighth, but will hope to deliver another sparkling performance in the debut full-throttle race that will set the grid for Sunday’s showpiece British GP. 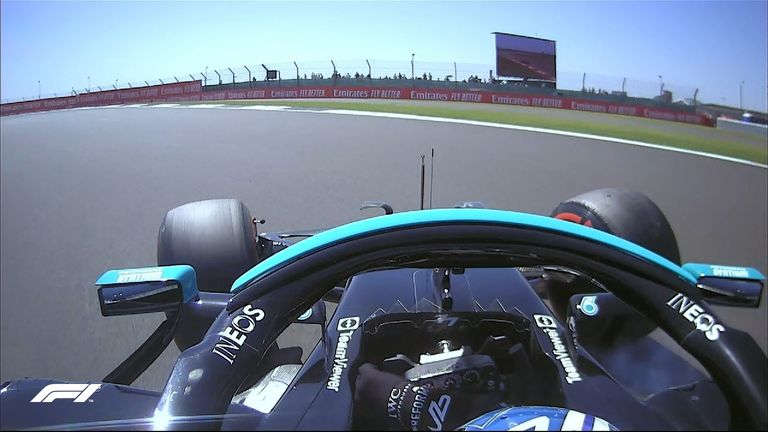 A session short on incident until this late, late spin for Valtteri Bottas in the Mercedes.

Behind Verstappen and the Ferraris, Esteban Ocon showed Alpine’s race pace in fourth after their double Q2 exit in qualifying yesterday, while Sergio Perez was fifth – the position he will start the F1 Sprint in.

McLaren’s Lando Norris and Daniel Ricciardo were just ahead of the Mercedes of Hamilton and Valtteri Bottas, who spun right at the end of the session.

The star of Friday – George Russell – was 11th as he prepares to start eighth in the Sprint, while Aston Martin were the main team out of position in final practice as Sebastian Vettel and Lance Stroll finished 17th and 18th.

But the Mercedes-powered team are notoriously strong in race conditions.