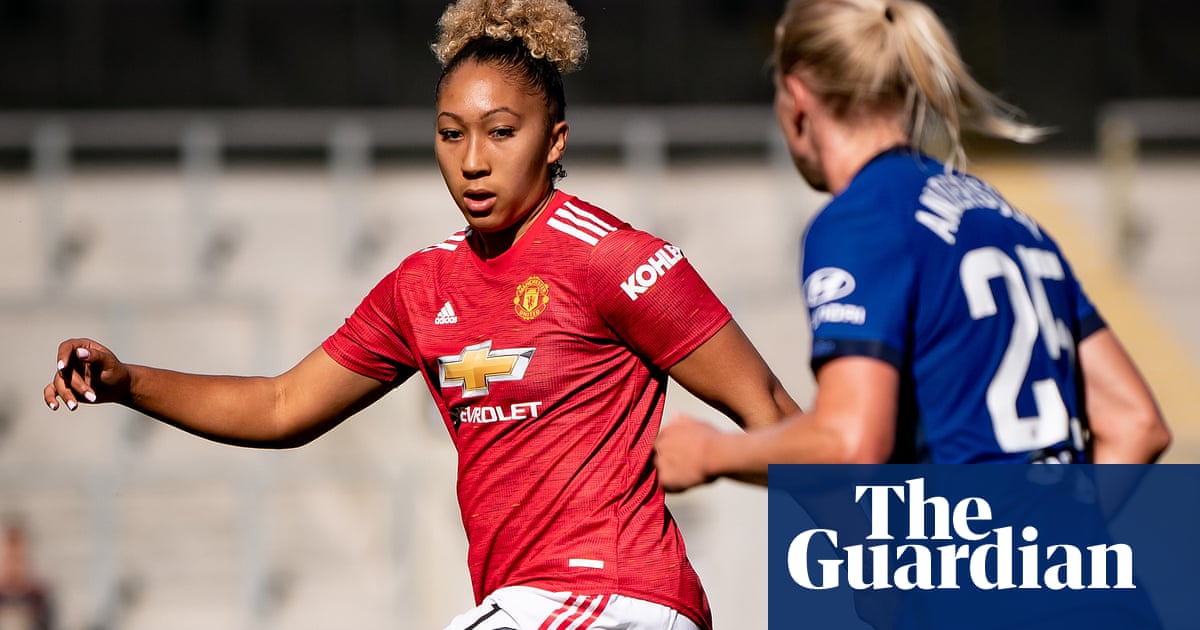 Lauren James will complete a long-expected move to Chelsea after the club agreed a fee with Manchester United for the 19-year-old forward.

The deal is understood to be a record from one Women’s Super League club to another and includes an as yet unidentified Chelsea player moving in the opposite direction.

At Chelsea James will join her brother Reece, the England defender, who plays for the men’s team. Their father, Nigel, is a Uefa-licensed coach whom James has credited as having been key to her development.

Chelsea’s manager, Emma Hayes, will have a challenge in how to fit the forward into her team alongside Fran Kirby, Pernille Harder and Sam Kerr but will no doubt be delighted to have secured the services of a player she has long admired.

The highly rated James joined United from Arsenal in 2017 when the club launched their women’s team. She flourished under the former United manager Casey Stoney, who eased her into the starting XI, and scored 14 goals in the club’s season in the Championship, winning promotion to the WSL.

Despite her short time with the club, James recorded several firsts for United. She scored the club’s first two goals in the Championship in a 12-0 defeat of Villa on the opening day of their first season, United’s first WSL goal in a 2-0 win against Liverpool in September 2019, and the team’s first Old Trafford goal in their March defeat of West Ham at the historic ground.

At the end of the curtailed 2019-20 season she was shortlisted for the Professional Footballers’ Association’s award for young player of the year.

United finished fourth in the league last season, 10 points behind Chelsea, the champions, and one point behind Arsenal in third. Fans were stunned by Stoney’s exit at the end of the season after she had become frustrated with the facilities afforded the women’s setup.

The club had been reluctant to lose James, having confirmed the departures of the US duo Christen Press and Tobin Heath, who joined on one-year deals, the strikers Jess Sigsworth and Jane Ross and the defender Amy Turner.