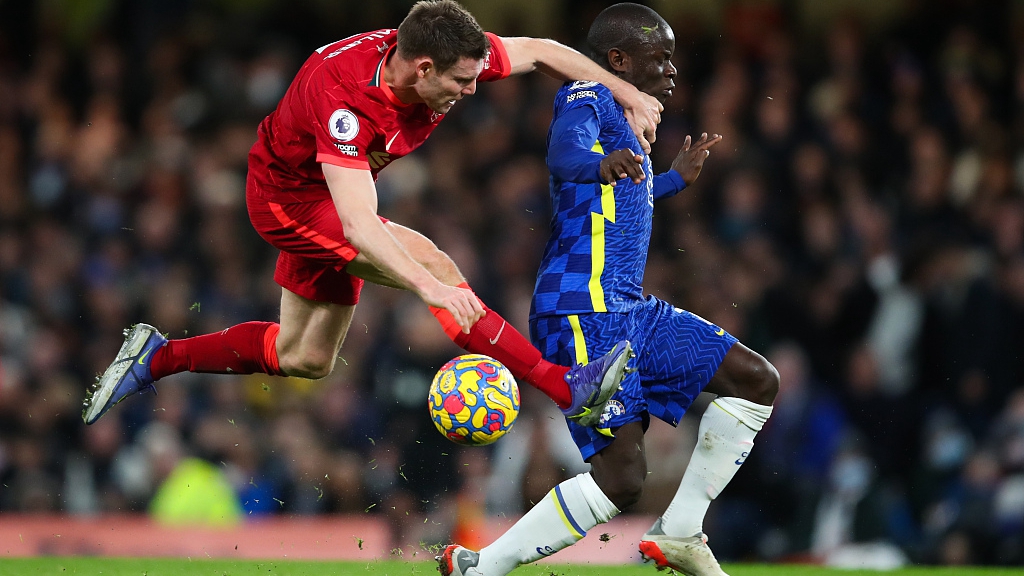 N’Golo Kante (R) of Chelsea in action with James Milner of Liverpool during their Premier League match at Stamford Bridge in London, UK, January 2, 2022. /CFP

N’Golo Kante (R) of Chelsea in action with James Milner of Liverpool during their Premier League match at Stamford Bridge in London, UK, January 2, 2022. /CFP

Chelsea came from 2-0 down to earn a point from a pulsating 2-2 draw with Liverpool on Sunday that does little for either side’s hopes of catching Manchester City at the top of the Premier League.

City’s lead now stands at 10 points from Chelsea with Liverpool a point further back, albeit with a game in hand.

Liverpool boss Juergen Klopp was absent along with three key players due to positive coronavirus cases, but the Reds still raced into a two-goal lead thanks to parting gifts from Sadio Mane and Mohamed Salah before they head off to the Africa Cup of Nations.

Chelsea boss Thomas Tuchel made the bold call to drop record signing Romelu Lukaku after the Belgium attacker went public with his displeasure at being used sparingly by the German.

The Blues still had the firepower to fight back before half-time thanks to Mateo Kovacic’s stunning strike and Christian Pulisic.

But Chelsea have now won just one of their last five league games, while Liverpool have taken just two points from their last three matches to allow City to streak towards a fourth title in five seasons.

“We have too many draws in general at home,” said Tuchel after being held for the fifth time in six games at Stamford Bridge. “It doesn’t make sense to look back, we have to focus on today and from today and learn what we can do tomorrow. The results take care of themselves if we play with this energy and quality.” 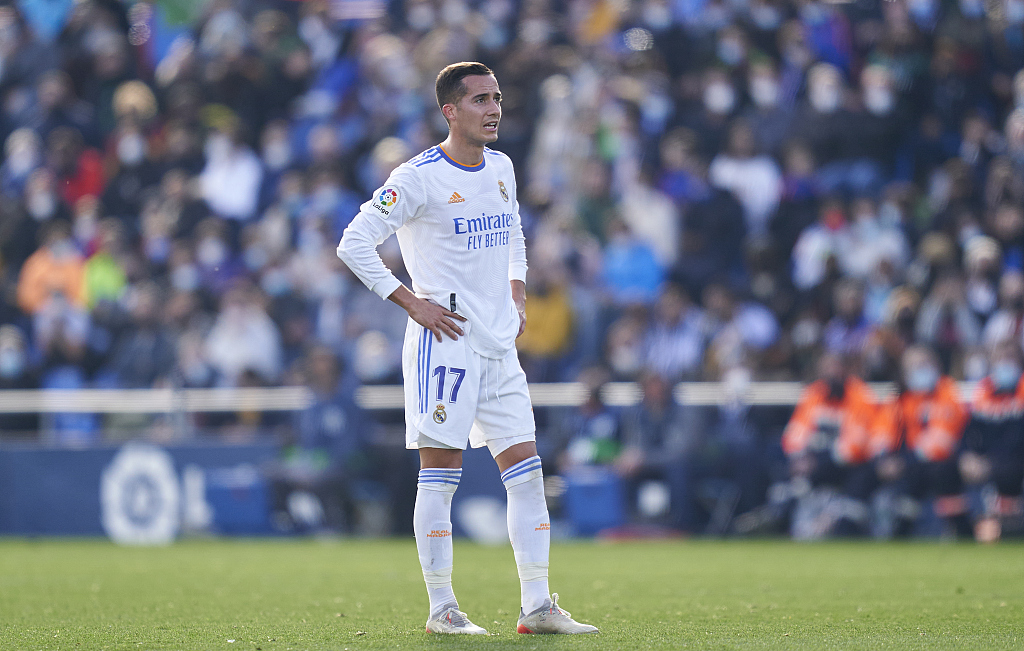 Elsewhere, head coach Carlo Ancelotti said Real Madrid were “still on holiday” in their shock 1-0 loss to Getafe on Sunday while Barcelona overcame their Covid chaos to sneak a tight victory away at Mallorca.

Madrid’s surprise defeat was their first in three months and gives fresh hope to the beleaguered chasing pack in Spain, after Eder Militao’s early error allowed Enes Unal to score the winner at the Coliseum Alfonso Perez.

“We were on holiday for an extra day,” said Ancelotti afterwards. “The team was not the same team that played before Christmas – less commitment, less concentration. We didn’t deserve to lose but we ended up with a defeat that could be a wake-up call.”

Barcelona were without eight first-team players who had tested positive for COVID-19 last week while a further six were out through injury or suspension.

Xavi Hernandez said on Saturday it was “crazy” the game had to go ahead, with Jordi Alba, Ousmane Dembele and Gavi among those infected while Sergio Busquets was suspended and Pedri, Ansu Fati and Memphis Depay injured.

But a patched-up Barcelona team climbed to fifth, just a point behind Atletico Madrid, after Luuk de Jong’s header proved the difference in a 1-0 win over Mallorca.

“With all the absentees, the three points are hugely important for us,” Xavi said. “The first objective this season is to be in the Champions League places and now we are close.”