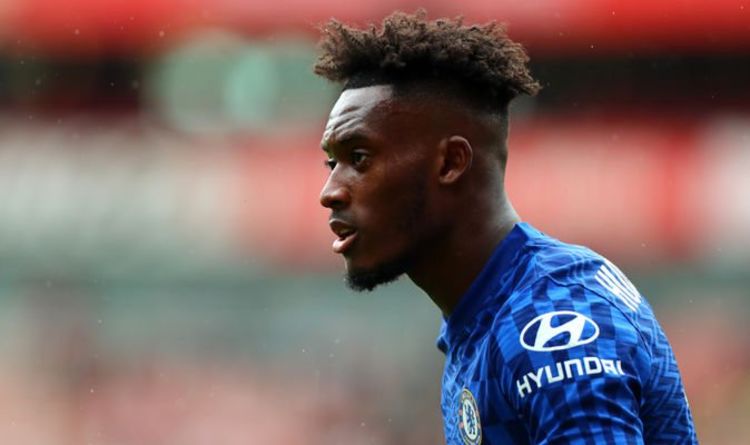 Chelsea are facing a mass clear-out as Thomas Tuchel prepares to take a ruthless approach to his first summer transfer window in charge of the club. Up to 12 players, including high-profile names like Callum Hudson-Odoi and Tammy Abraham, could face the chop from Stamford Bridge this summer, as ambitious moves lie on the horizon for transfer chief Marina Granovskaia.

The likes of Erling Haaland and Romelu Lukaku have reportedly been tailed by the Blues this summer, the kind of players who are not simply purchased on a whim.

Thankfully for Chelsea, their tendency to loan out fringe players normally leaves them with a substantial amount of ‘deadwood’ in and around the squad.

To raise the kind of funds necessary to land one of Europe’s hottest strikers, there may be next to no deadwood remaining when the window slams shut, with a 12-man transfer list reported by The Telegraph.

Kurt Zouma has already been touted as part of a swap deal involving Sevilla’s Jules Kounde, a move which speaks volumes about Tuchel’s desire, or rather lack of desire, to keep him around.

Having spent last season on loan at relegated Fulham, the midfielder needs to get his career back on track.

The report states that he would prefer to do that at Stamford Bridge, but with the ruthless nature in which Tuchel is chasing his lofty ambitions, that simply may not be possible.

Meanwhile, Marcos Alonso has fallen firmly behind Ben Chilwell in the left-back pecking order, paving the way for his exit in the coming weeks.

Next on the list is Ross Barkley, the 33-cap England international who spent last season on loan at Aston Villa, ultimately failing to do enough to convince Tuchel to phase him back into the side.

Last of the big names is Michy Batshuayi, the striker who was signed with a brilliant reputation back in 2016.

Having spent four separate loan spells away from the Bridge with varying levels of success, the Belgian is no longer a young man, while his international scoring rate is a testament to his class.

Then come Chelsea’s no-hopers, the likes of Davide Zappacosta, Kenedy, Danny Drinkwater, Tiemoue Bakayoko and Baba Rahman have been nowhere near the side for years.

Tuchel and Granovskaia would reportedly be happy to see the back of that quintet, if buyers could be found.

All being said, Chelsea’s training sessions could yet become a whole lot less crowded over the coming weeks, while the bank account could also be looking a whole lot healthier ahead of a potential blockbuster move before the end of the summer.