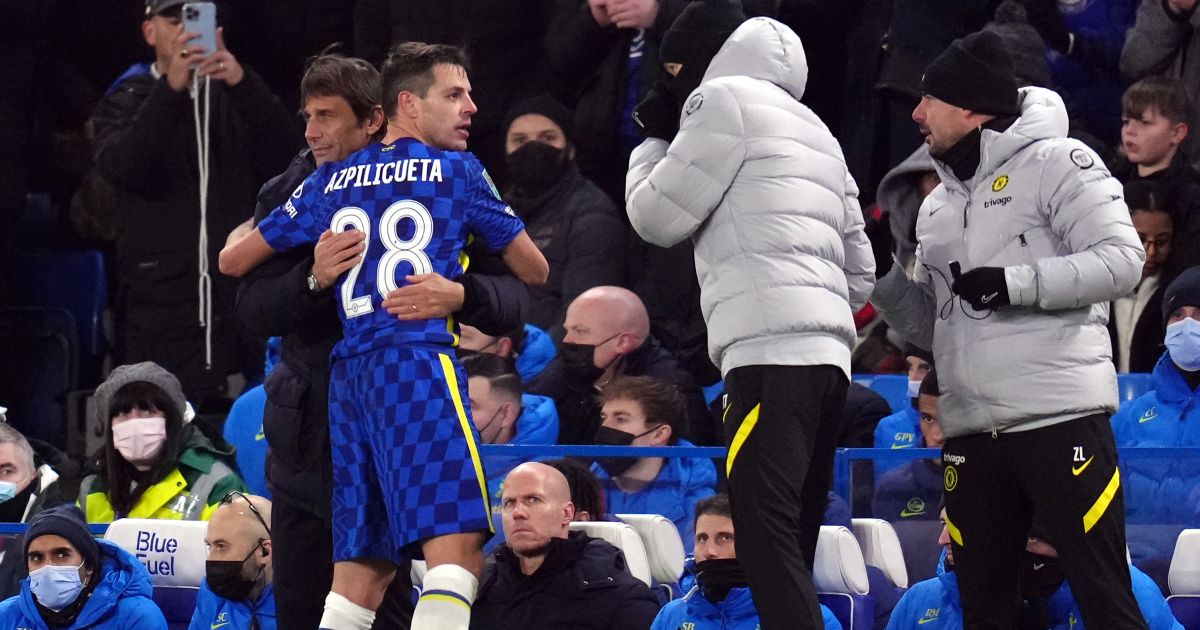 Atletico Madrid have set their sights on a replacement for Kieran Trippier that will have Chelsea breathing easier over the future of Cesar Azpilicueta.

Trippier was a key man for Atletico in last season’s title win, but he decided to return to England for personal reasons. The LaLiga champions were sympathetic to his wishes after two and a half years in the Spanish capital. And Trippier signed for Newcastle earlier this month in a deal worth around €15m.

While Trippier has been made the club’s highest earner, Diego Simeone has been hunting for a replacement. And one player who was thought to be under consideration was Chelsea’s 32-year-old skipper Azpilicueta.

Barcelona are also admirers of the Spain defender, but AS have reported that Atletico Madrid were considering taking him back to Spain.

But that interest has been short lived, because, according to Mundo Deportivo, they will now turn to Valencia’s Daniel Wass.

Wass, at 32, is the same age as the Chelsea man, but he is more versatile. The Denmark international is a midfielder who can play at wing-back and Atletico are said to be keen.

He is also out of contract this summer and Valencia need to reduce their salary to comply with FFP rules.

It could mean that Wass may move this month for a small fee, despite being available for free in the summer.

The news will be welcomed at Stamford Bridge. The future of the experienced Azpilicueta remains up in the air.

His deal expires in the summer and a potential extension has not bee ruled out, despite interest from Spain.

Azpilicueta is just one of a handful of defenders whose contracts are up at Stamford Bridge in the next six months.

It’s understood the wrangling over a potential new deal revolves around the length of any new contract. Chelsea are not keen on offering long-term extensions to players over 30.

Earlier this month in quotes carried on the club’s website, Azpilicueta stopped short of pledging his future to the club: “As I always said, I feel I have the trust and confidence of the club and now I am focused on every game.

“They are very tough games, and I am enjoying the moment. Eventually the moment will come. But I am fully focused on hopefully getting as many trophies as we can and then we will see.

“I cannot say anything more than that I am really committed and have a lot of things ahead in the coming months. And hopefully we can have a very good season.”