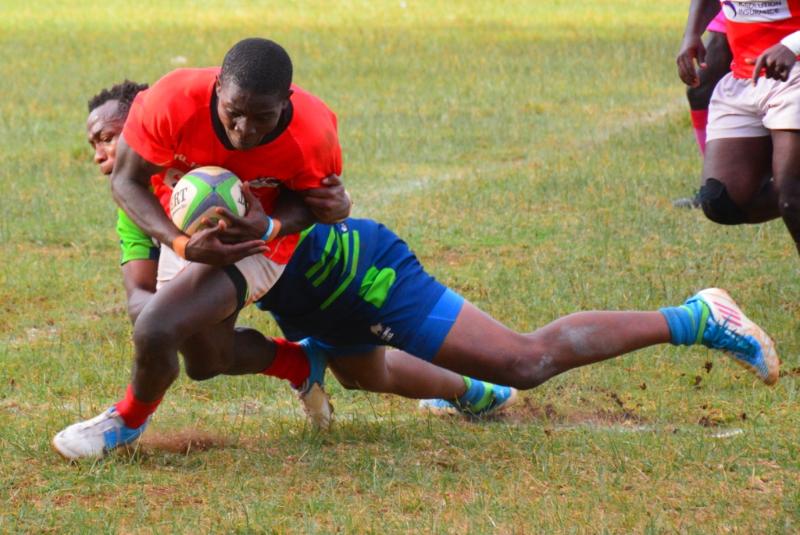 Kenya Simbas flanker Davis Chenge will make his first appearance in six months when champions KCB face Impala at the Lions Den in Ruaraka as the Kenya Cup returns from the Christmas and New Year break.

The bankers lie fifth on the standings with 13 points and will be aiming to keep tabs with the leaders Kabras and Menengai Oilers after seeing their last match against postponed Mwamba due to Covid-19.

Veteran Andrew Amonde has been named in the back row for his first appearance of the 2021/22 season. He will start alongside Brodie Kagia and Felix Ojow. Manasseh Oduor and Oliver Mang’eni form the second-row partnership.

Samuel Asati and Smith Muhoya are at scrum-half and fly-half respectively. Jacob Ojee will make his first appearance this season on the left wing, Darwin Mukidza is on the right side and Isaac Njoroge is at fullback. Bob Muhati and Peter Kilonzo are in midfield.

On their part, Impala are bottom of the table and will be aiming to get their first win of the season after four consecutive losses.

Head coach Oscar Osir will rely on Elkeans Musonye, Paul Mutsami and the evergreen Davis Makori in the forwards while Dennis and Martin Juma are the halfback pairing with Mark Ongayo, Israel Soi and Quinto Ongo are the pick of the backs.

Menengai Oilers will be chasing their fifth win of the season when they welcome Quins to the Nakuru ASK showground.

“During the period, we looked at areas where we can improve and the boys are up to the challenge against a strong Quins outfit,” said Weru

Captain and leading scorer Chrispine Shitundo returns to the squad, at number eight. Kevin Mburu starts at scrumhalf and will partner Geoffrey Ominde, who starts at flyhalf. Timothy Omela and Beldad Ogeta will lead the side in search of tries on the wings.

Simbas centre John Okoth makes his second start of the season and will partner promising youngster Dennis Abukuse in midfield while Davis Nyaundi retains his role at fullback.

In the forwards, Weru will rely on Edward Mwaura, Emmanuel Makwatta and Wallace Onyango.