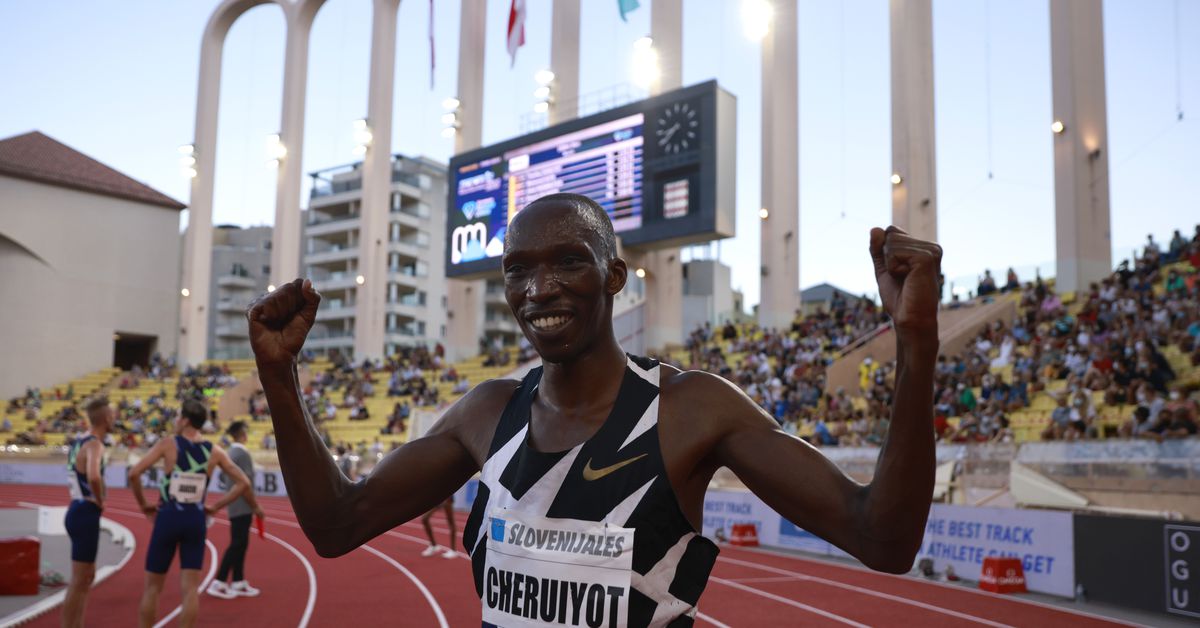 The 25-year-old finished fourth at the Kenyan trials and told reporters his poor performance came after a family tragedy.

“I missed competition a lot after spending a lot of time in Kenya where I had a few issues like my hamstring injury and after also losing a relative in my family on the day of the Kenyan trials explaining why I missed out on making the team,” said Cheruiyot.

“I am therefore happy I am back again after all this.”

The 27-year-old Kipyegon, who returned to competition in 2019 after taking two years off for the birth of her daughter, defeated 2019 world champion Sifan Hassan of the Netherlands by more than two-and-a-half seconds.

“I knew Sifan was going for a fast race and my goal was to run a fast race here,” the Kenyan said.

“I came back after giving birth and I feel like a role model for the young mothers out there and the young athletes. I hope to show them that when you go for maternity leave, this does not mean the end of your career. You can come back strong and win races.”

In the men’s 100m, American Ronnie Baker upset a stacked field to clinch his second back-to-back Diamond League win in 9.91 seconds, with his compatriot Trayvon Bromell finishing a disappointing fifth in 10.01, after winning the U.S. Olympic trials last month.

“Overall this year is probably the most technically sound I have been,” said Baker, 27, who finished second at the U.S. team trials to clinch a spot in the Olympics for the first time in his career. “I feel confident going into Tokyo. I felt confident before I won this race.”

Karsten Warholm followed up his world record performance eight days ago with another Diamond League win, clinching the men’s 400m hurdles in a meet record 47.08 seconds.

The Norwegian broke Kevin Young’s 29-year-old hurdles record in a blazing 46.70secs in Oslo last week, cementing his status as one of the favourites at the upcoming Tokyo Olympics. read more

“For me it is about being consistent. It was also a bit of an untidy race at the end that is something I need to learn to improve,” said the 25-year-old reigning world champion, who will return home for a training week before a pre-camp in Japan.