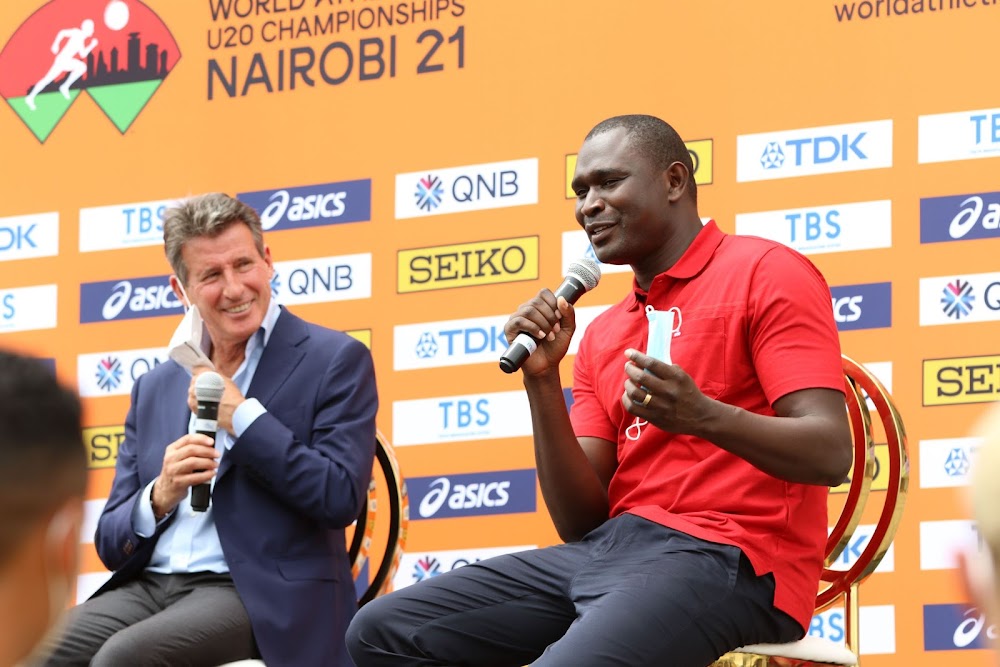 World Athletics President Sebastian Coe admits he is yet to get over the fact that two Kenyans broke his world record of 1:41.73.

Kenyan-born Danish Wilson Kipketer set a new record of 1:41.24 at the Grand Prix Meet in Cologne, Germany in 1996 before David Rudisha timed 1:40.91 to clinch gold at the 2012 London Olympic Games.

Coe, whose world record had stood for 16 years was, however, in awe of Rudisha, noting that the man referred to as “King Rudisha” deserves all the accolades he gets.

“It pains me to say so but on a light note, Rudisha did marvelously during the London Olympic Games in 2012. He started from such championships (World Under 20) way back in 2006 and went on to win major championships,” Coe said.

Rudisha is one of the ambassadors for the World Under 20 Championships, which start today at Moi Stadium, Kasarani.

Coe apologised that the event will be fanless but nevertheless asked for understanding and support in light of the coronavirus pandemic.

“It is unfortunate, with obvious reasons, that we will not have the noisy passionate fans that Kenyan athletics has always produced. Nonetheless, this will be an outstanding championships. Athletics in Kenya is a religion and my career was defined by great Kenyan athletes,” he said.

Rudisha testified about the big impact of the World Under 20 event on his later career.

“The memories I have are huge for me. Very important because this is their future. I remember in 2006 when I competed as a junior in Beijing, where I began my career and when I won it, it was great and gave me hope that I can make it in athletics,” Rudisha said.

The two were speaking at Moi Stadium, Kasarani during a press conference for the biennial championships.