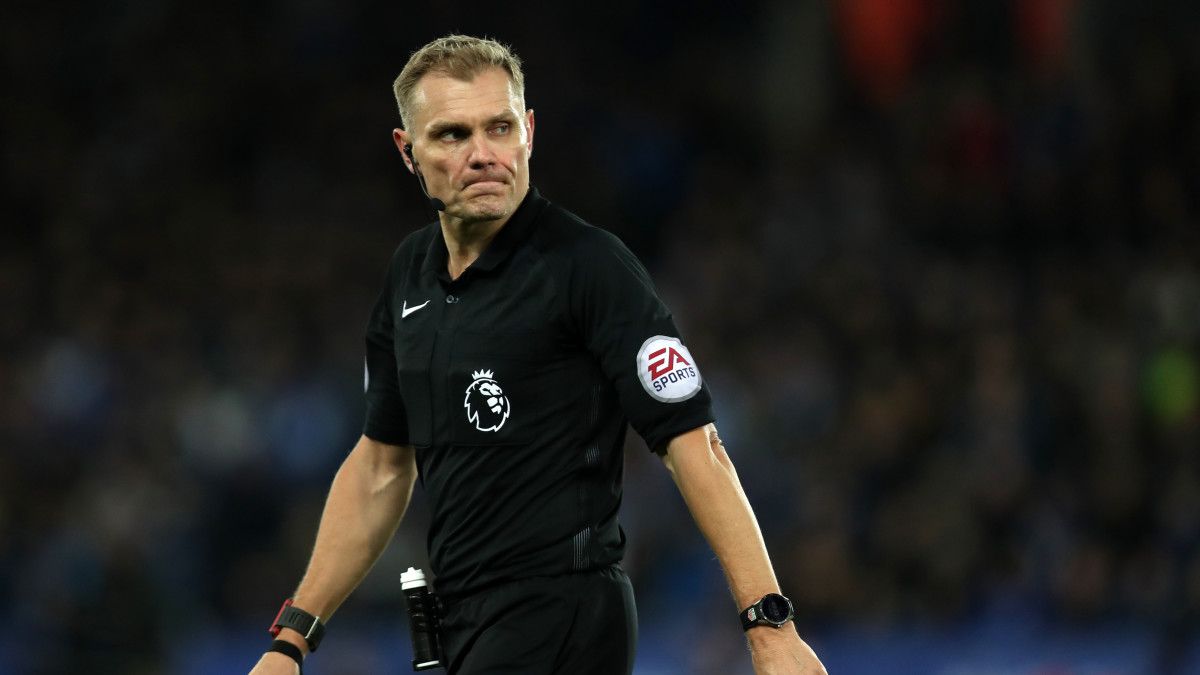 The Blues will be looking to bounce back from their disappointing opening weekend outing against Tottenham Hotspur, when a single goal from Heung-Min Son was enough to secure all three points for the North London outfit.

Subsequently, Pep Guardiola’s side come into the game looking for their first competitive victory of the new season, following the 1-0 defeat to Leicester in the Community Shield and the aforementioned 1-0 defeat to Nuno Espirito Santo’s men.

Ahead of Manchester City vs Norwich City on Saturday afternoon, here are all the details concerning the match officials for the second game of the Premier League season for the two clubs.

Graham Scott has been confirmed as the man in the middle for Manchester City’s first home game of the new season, against newly-promoted Norwich City.

The 53 year-old last officiated a match involving Pep Guardiola’s side at the end of last season, when Manchester City cruised to a 5-0 win at the Amex Stadium against Brighton & Hove Albion in July.

Looking back on Scott’s last season in the English top-flight, a total of 32 yellow cards and four red cards were handed out, alongside the awarding of 5 penalties across 13 games.

Match referee Graham Scott will be aided by Harry Lennard and Simon Long – who will take up the role of assistant referees for the clash against the newly-promoted Premier League side.

Over in the VAR hub for the clash between Daniel Farke’s side and Pep Guardiola’s men, Jonathan Moss will take up the role as Video Assistant Referee.

Moss will be sat alongside Timothy Wood, who will be this weekend’s Assistant Video Assistant Referee.

Keeping things in order on the touchline, Peter Bankes has been appointed as the fourth official for the weekend’s fixture.