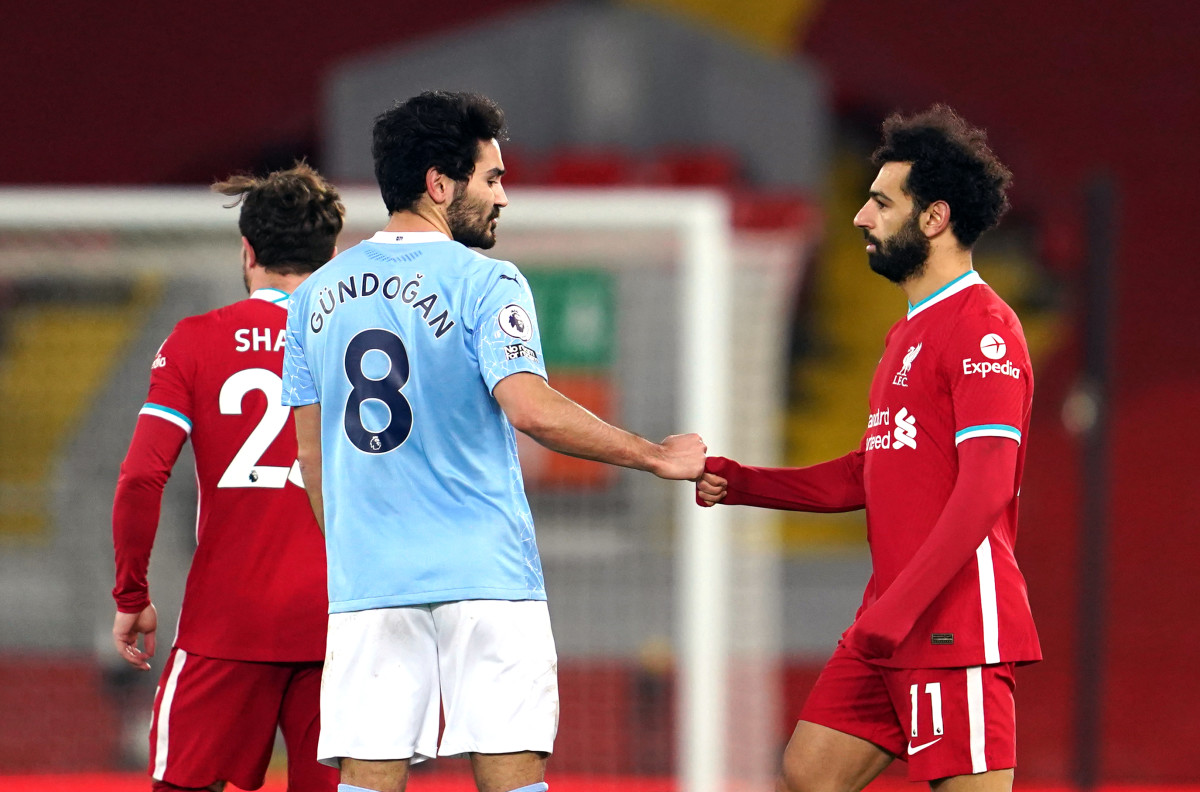 The Premier League champions will hope to bounce back from Tuesday’s loss to PSG in the Champions League as Manchester City attempt to defeat title-chasing Liverpool at Anfield for just the second time in sixteen years.

Defined by Jurgen Klopp as “the best team in Europe at the moment” during the German’s pre-match conference, City currently sit second in the Premier League – just one point behind leaders Liverpool.

Should the Sky Blues emerge victorious on Sunday afternoon, then Pep Guardiola’s side will overtake Jurgen Klopp’s Reds in the league table.

Liverpool are the only side currently unbeaten across the division and have impressively won four of their opening six fixtures. The Merseyside club are also the most prolific side in the league this term, having scored a league-high 15 goals.

Ahead of Sunday’s clash between Liverpool and Manchester City, here is all the team news and the latest on injury situations from both clubs:

Encouragingly for Manchester City, Pep Guardiola will have most of his squad available to him when the Premier League champions take on Liverpool on Sunday. However, there are two notable absentees.

During his pre-match press conference on Friday afternoon, the Catalan confirmed that midfielder Ilkay Gundogan will again be absent after missing the midweek trip to Paris, meaning that the midfield trio of Kevin De Bruyne, Bernardo Silva and Rodri may start for the third successive match.

Owing to the electric form of Mohamed Salah, Cancelo will need to be at his very best to deter the in-form Egyptian from scoring in his seventh successive game.

On a positive note however, the Manchester City boss confirmed that there are no new injury concerns to report, meaning that the only absentees for the trip to Anfield are the aforementioned duo.

However, Pep Guardiola noted that he expects both Ilkay Gundogan and Oleksandr Zinchenko to be available following the upcoming international break.

Manchester City’s opponents Liverpool will be tasked with defeating the Premier League champions without one of their key players, as England international Trent Alexander-Arnold will miss the match owing to a groin injury.

Alexander-Arnold’s absence will likely mean that former Manchester City midfielder James Milner will again fill in at right-back as he did in Liverpool’s midweek mauling of Porto. Although, Joe Gomez could instead be tasked with deputising for Alexander-Arnold owing to his superior pace.

Thiago Alcantara is also set to miss Manchester City’s visit to Anfield due to a calf issue, however Naby Keita is understood to be available for the match following his return to fitness.

Along with Thiago, Jurgen Klopp will also be unable to call upon youngster Harvey Elliott owing to the 18-year-old having sustained a dislocated ankle at Elland Road last month – an injury that is expected to keep Elliott on the sidelines for much of the campaign.

Liverpool’s injury-ravaged midfield indicates that Jurgen Klopp may again look to start a midfield trio of Fabinho, Jordan Henderson and Curtis Jones as he has done in their previous two fixtures.