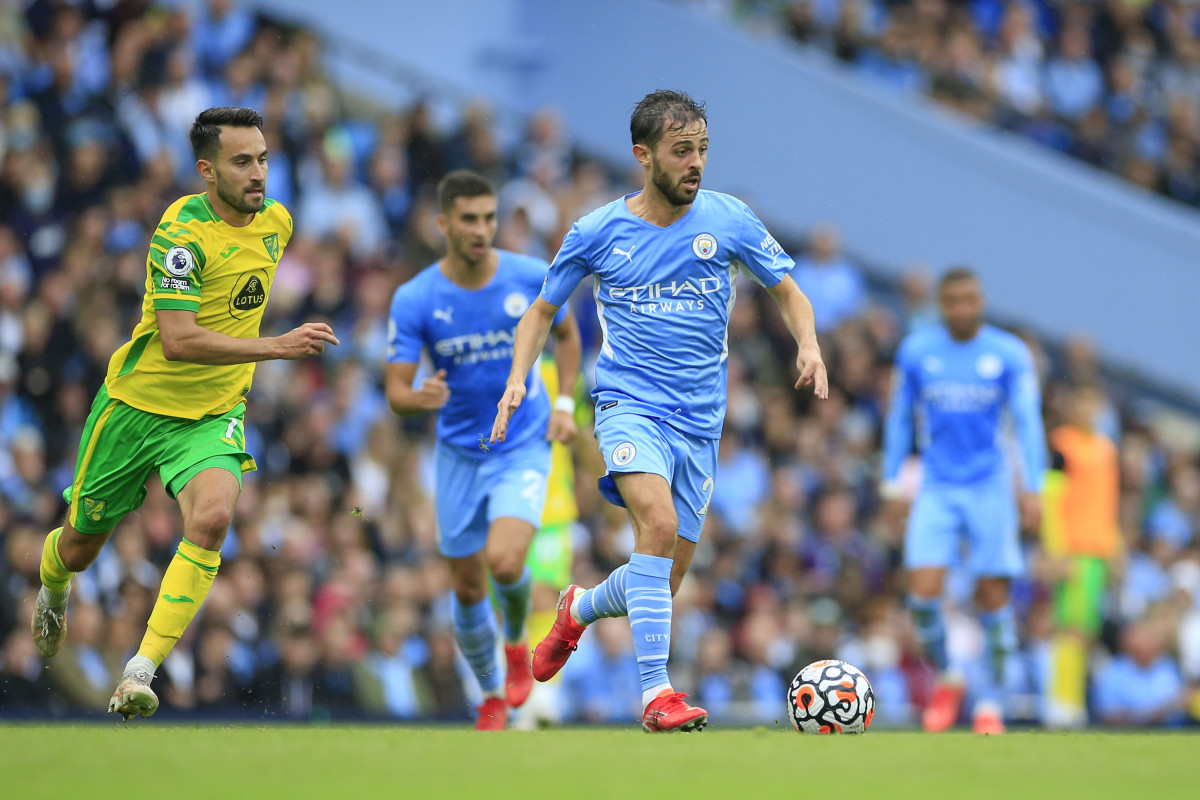 Pep Guardiola faces ohis former assistant Mikel Arteta’s Arsenal side in the hope of keeping spirits on a high, as club football comes to a pause due to the upcoming international break following this weekend’s fixtures.

The Blues looked like they had regained their breathtaking rhythm after last weekend’s 5-0 thrashing of Norwich City, and a strong display against the Gunners will only reinforce that belief.

The north Londoners meanwhile have been struggling at the bottom of the Premier League table with two losses in as many games, against Brentford and Chelsea.

However, Arsenal looked strong against a recently relegated West Bromwich Albion side in their midweek Carabao Cup third-round fixture and could prove to give City a run for their money at the weekend.

Ahead of tomorrow’s clash in the east side of Manchester, here is all the team news for both sides-

Pep Guardiola finds himself in a better place than he was a couple of weeks ago, with the City squad having had enough time to get back and shrug off the cobwebs.

Having not fully recovered from the injury picked up at the tail end of last season, Pep Guardiola confirmed that Kevin De Bruyne will remain unavailable against Arsenal in his pre-match press-conference on Friday.

Speaking about his star midfielder who suffered a setback on his comeback from injury against Tottenham, Guardiola said: “He (De Bruyne) is getting better, but (he is) still not fit.“

Phil Foden, who picked up a foot injury in training just before England’s European Championship final, has since made progress, but remains a few weeks away from regaining match-fitness, and is likely to get back in action following the international break.

John Stones was out of contention last week owing to minor fitness issues and there is still uncertainty around his availability for Saturday’s game. However, the 27-year-old central defender has been called up by Gareth Southgate for England’s international break fixtures.

Meanwhile, the rest of the City squad is fully fit and raring to go at full strength. Ederson, along with his trusted backline of Kyle Walker, João Cancelo, Rúben Dias and Aymeric Laporte are most likely to start in City’s defence on Saturday.

Guardiola all but confirmed Laporte’s selection in his post-match press-conference after the Norwich victory, courtesy of the player’s excellent performance against the Canaries last weekend.

Jack Grealish, who found the net on his home debut for City against Daniel Farke’s side, should keep his place in the starting-XI for an important tie.

Arsenal’s latest £50 million centre-back addition Ben White will be unavailable for this fixture after testing positive for COVID-19 during a recent mini-outbreak at the club.

The Gunners are hoping Bukayo Saka will be fit for Saturday’s trip to the Etihad Stadium after the teenager suffered a blow during Wednesday’s win over West Brom, and was due to be assessed on Thursday.

However, Arteta will surely be without both Eddie Nketiah and Thomas Partey due to ankle issues.

Gabriel Magalhães and Héctor Bellerin could also be fit to feature against the Premier League champions after returning to training this week.

Bernd Leno is expected to start in goal with Callum Chambers, Pablo Mari and Rob Holding getting the nod at the heart of Arsenal’s three-man defence.

Martin Ødegaard is likely to start alongside Granit Xhaka in midfield, with Saka, Nicolas Pépé and Pierre-Emerick Aubameyang lining up in attack.