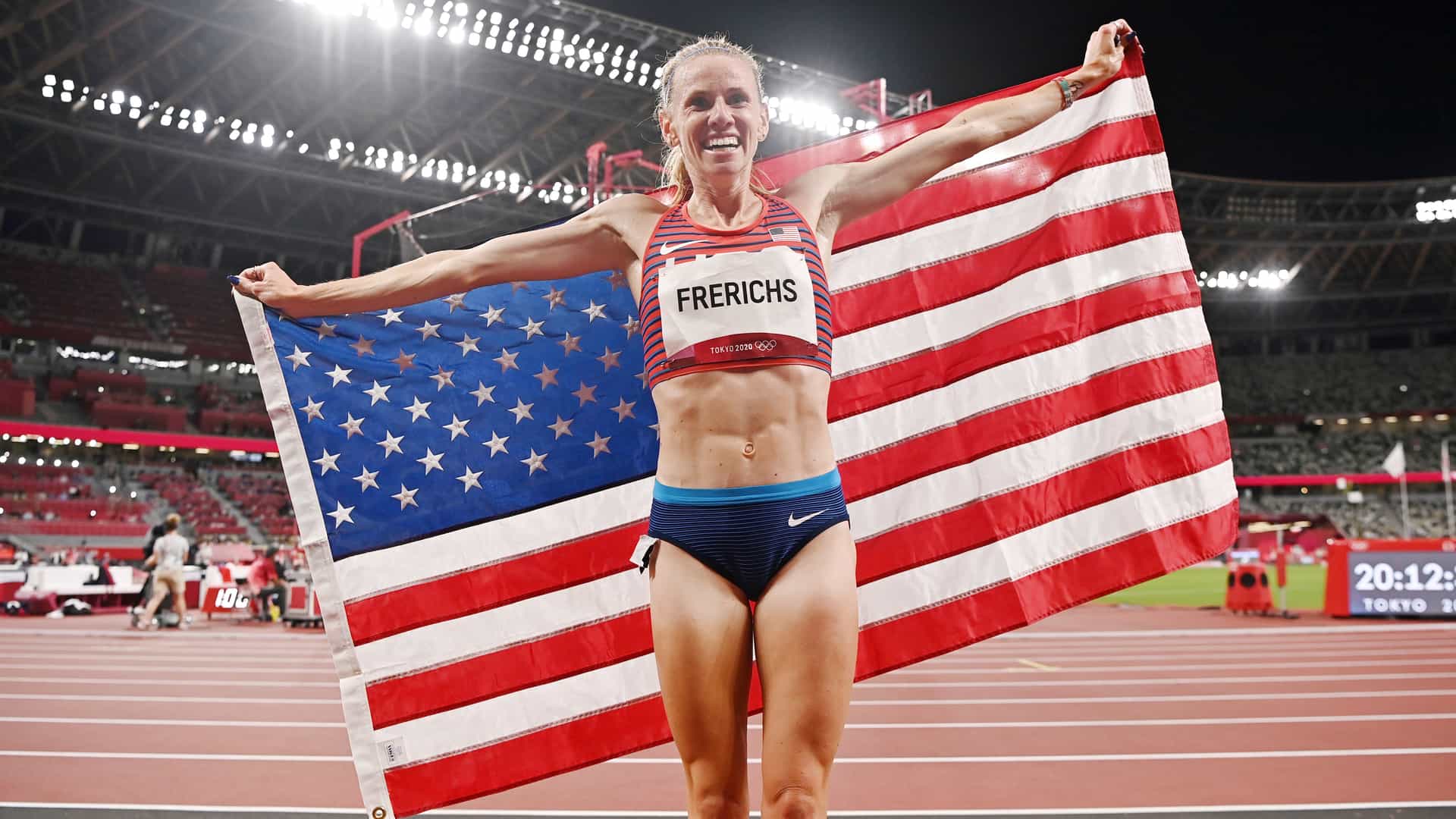 The night before competing in the women’s 3000m steeple chase final in Tokyo, Courtney Frerichs tweeted that she had been thinking of this moment for a long time, and that she was “excited, fit, and ready to toe the line against a fantastic field.” And ready she was, finishing second with a time of 9:04.79 and winning silver – her first Olympic medal.

The Olympic final is tomorrow night! I have been thinking about this day for so long and I am excited, fit, and ready to toe the line against a fantastic field. 8 pm in Tokyo, 6 am CT- streaming on Peacock. 🇺🇸🏃🏼‍♀️⚡️ #tokyo2020 #teamUSA pic.twitter.com/wjn7UV9MGQ

She was outpaced by Uganda’s Peruth Chemutai, who finished in 9:01.45 and secured the gold. Hyvin Kiyeng of Kenya won the bronze with a time of 9:05.39.

Frerichs is the second American to medal in the steeplechase and the first to score a silver. The first US. medalist in this event was the U.S.’s Emma Coburn, who earned bronze in Rio back in 2016. This year, however, Coburn suffered a setback in the event when she stumbled during a water jump in the final lap of competition and was ultimately disqualified from placing due to a lane infraction.