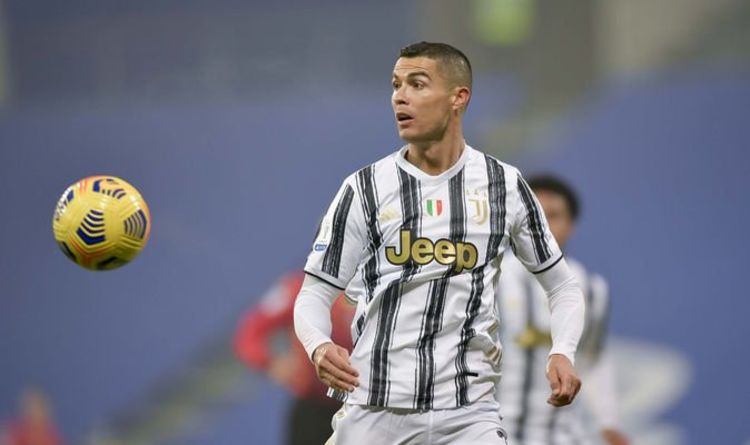 Cristiano Ronaldo and Karim Benzema formed a sensational partnership at Real Madrid for years, as the Frenchman’s selfless link-up play gelled perfectly with Ronaldo’s killer instinct in front of goal. Although the Portuguese has been without his wingman at Juventus, he has still been scoring for fun, although the possibility of linking up with another superstar recently put on the market could signal the start of something special.

Barcelona have reportedly offered Antoine Griezmann to virtually every top club in Europe as they look to trim the fat off their wage bill.

Unfortunately for Ronald Koeman’s side, there is a lot of it, with Griezmann believed to be pocketing in the region of £800,000-a-week.

Incredibly, that is not a typo. With Barca in dire financial straits, they simply need to shed that kind of financial weight before finalising Lionel Messi’s new contract, for example.

A number of top clubs, namely every potential suitor in the Premier League, have turned their nose up at a potential deal because of those extortionate wages.

Still, it shows that Griezmann is not just goal-hungry, but he knows how to set up goals for his team-mates too.

In Ronaldo’s case, he needs no help. Last season, he bagged 29 times in the league, five clear of the widely-acclaimed Romelu Lukaku who was awarded Serie A player of the year.

The former Madrid man is 36-years-old, but he has kept himself in impeccable shape and his goal-scoring shows no sign of slowing down whatsoever.

Just imagine, then, what kind of wizardry might occur if the pair linked up as harmoniously as it would suggest on paper.

Ronaldo formed a legendary partnership with Benzema during his nine-year spell at the Bernabeu due to the latter’s fantastic link-up play, while Griezmann could bring many similar attributes to the table.

There had been talk of Juventus cashing in on their prized asset this summer, although with every passing week it appears as though Ronaldo will instead see out his contract and leave in 2022.

His departure would then coincide perfectly with the activation of Erling Haaland’s £65million release clause, giving Juve extra incentive to enter the race for his signature.

This summer, meanwhile, they have Griezmann to consider – an established star who carries huge financial risk.

If the Barca man formed a fruitful relationship with Ronaldo, however, the rewards could be off the scale.