Cristiano Ronaldo has not told Juventus that he wants to leave the club this summer, according to their sporting director Federico Cherubini.

The future of the mercurial forward has been thrown into doubt over recent weeks, with multiple reports having linked him with a move away after a mixed season.

It now appears, however, that Ronaldo will stay in Turin despite the speculation, and Cherubini insists he expects the superstar to return after his holiday. 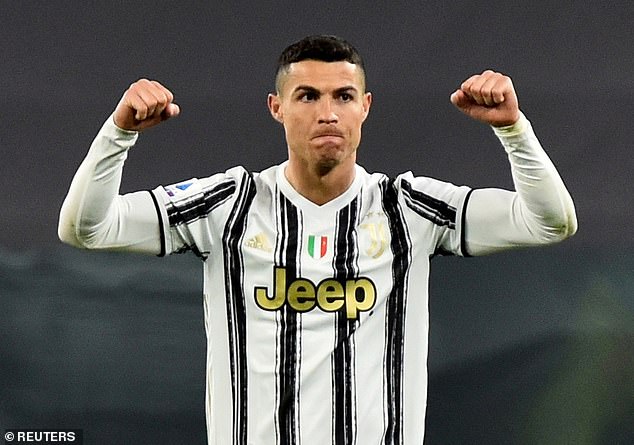 Cristiano Ronaldo has shown ‘no signs’ he wants to leave Juventus, a club official has revealed

‘There has been no signal from Ronaldo,’ Cherubini said at a press conference on Thursday. ‘Especially the rumours that there should be a transfer. There’s no sign from Juventus in this regard.

‘Last season he scored 36 goals in 44 games, the numbers don’t always say everything but hide many truths. We are happy that Ronaldo will join the team as soon as he has finished his holidays.’

Ronaldo has a year left to run on his contract at the Allianz Stadium, and there have been claims that both Manchester United and Paris Saint-Germain are eager to snap him up in this window. 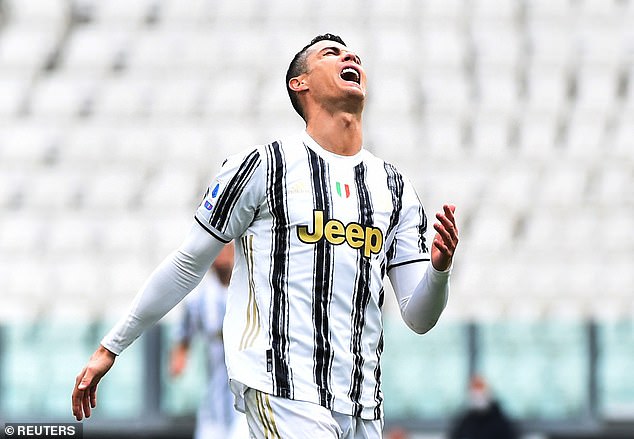 Ronaldo endured a mixed season with Juventus, and reports have suggested that he may leave

But when quizzed again over what lies ahead for the former Real Madrid man, Cherubini added: ‘I don’t have the crystal ball, but right now there are no signals regarding a possible transfer.’

Italian publication Tuttosport have claimed that Ronaldo will make a decision on his future in the coming days following Portugal’s Euro 2020 exit in the last-16.

A below-par campaign for Juventus saw them miss out on a ninth-successive Serie A title, and the failure on the international stage last week has now afforded him valuable time to weigh up his options.

The same outlet believes that, out of PSG and United, a move to the Parc des Princes is currently more likelier – although no firm decisions have ben made. 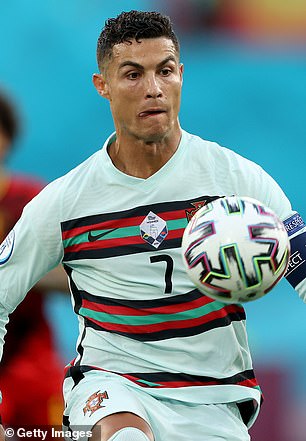 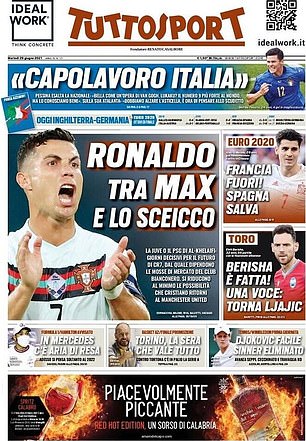 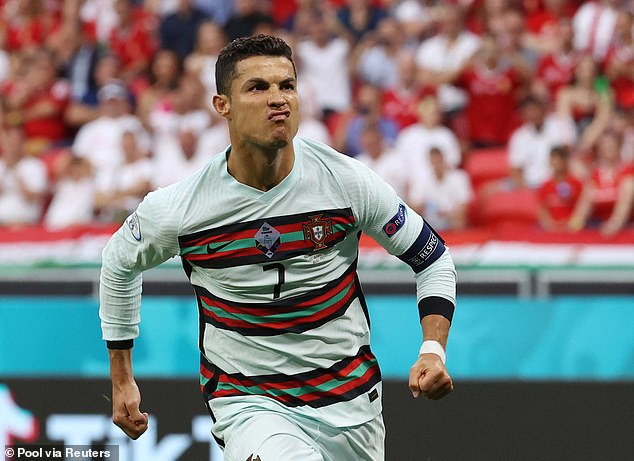 Ronaldo hit five goals at Euro 2020, but Portugal’s exit has given him time to weigh up options

The purported interest comes as little surprise with Ronaldo still one of the most prolific goalscorers in the world –  and he demonstrated as much during the Euros.

Legendary attacker Ronaldo scored five goals in his four matches at the tournament, but Portugal ultimately fell short of retaining their crown after losing to Belgium.

After the full-time whistle had sounded in Seville, Ronaldo’s frustrations boiled over and were clear for all to see. 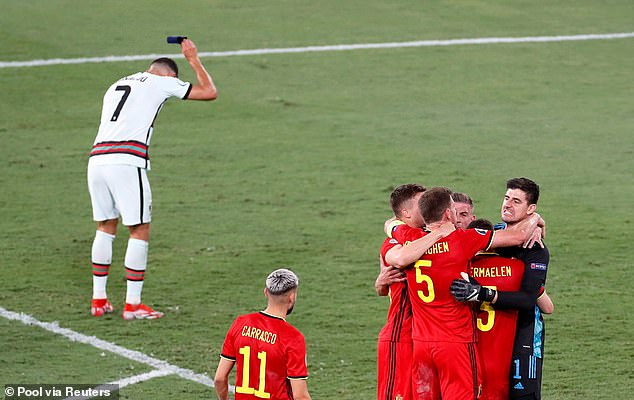 His frustrations came to the fore after the loss by Belgium, with Ronaldo throwing his armband 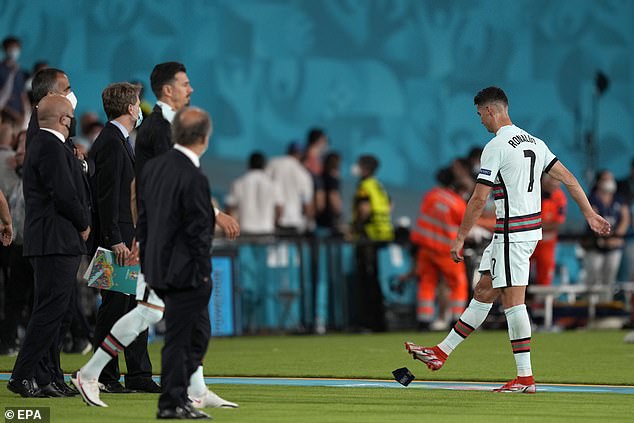 While storming off the field, Portugal’s captain was seen on camera kicking a water cup, before then volleying his armband moments later. It was picked up by a staff member, who quickly followed him down the tunnel.

The flashpoint was not the first of its kind involving Ronaldo this year, either, with the 36-year-old having also ripped off his armband in March.

When officials failed to spot his last-gasp effort in the World Cup qualifier against Serbia, a stormy Ronaldo once again thundered off the pitch and tossed the piece of fabric down in the process.