Didier Drogba, 43, Stars In Charity Match Alongside Samir Nasri, 34 – The18 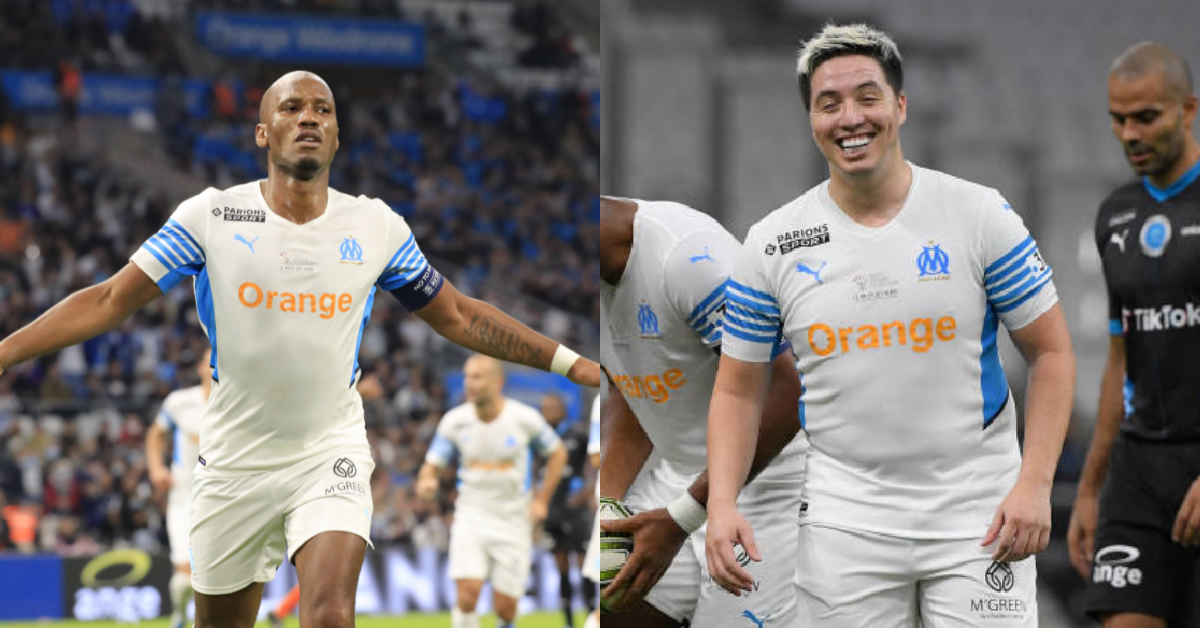 If he were American, Didier Drogba would probably still be the starting striker for the USMNT. Instead, the 43-year-old former Chelsea star is spending this international break holding a charity match with his former club, Marseille. Even three years after he retired as a member of Phoenix Rising in the USL Championship, the Ivory Coast international’s still got it.

Samir Nasri, on the other hand, has been enjoying his retirement quite a bit, the 34-year-old having only announced he’s leaving the game a few weeks ago.

Drogba featured in a Match of Heroes between a team of Marseille legends and Team UNICEF, which was coached by Arsène Wenger. The exhibition raised money for the Didier Drogba Foundation and UNICEF. As is tradition, Drogba scored a hat trick against the former Arsenal boss.

The teams were loaded with stars, both soccer and otherwise, including Jens Lehmann, Esteban Cambiasso, Robert Pirès, Marcel Desailly, Daniel Van Buyten, Tony Parker and Samir Nasri, the 34-year-old Frenchman who retired a few weeks ago.

Here’s a sampling of Drogba’s exploits on Wednesday. Keep in mind, this man is 43 years old and still balling.

The King @didierdrogba hits the back of the net and then the trademark celebration.#MatchDesHéros pic.twitter.com/jCT6iog73N

Wonderful stuff. As an Arsenal fan I always hated seeing Drogba in the lineup against the Gunners because I knew he was going to torture whatever defense Wenger cobbled together. His hair may have changed, but the quality is still there.

Then there’s our dear Samir Nasri.

The former Arsenal and Manchester City star also started his career at Marseille. He retired in September.

Now, I’m not one to body shame and I’m certainly not one to talk, but Nasri just looked a bit different out there than how I remembered him from his Arsenal days.

Samir Nasri only retired a month ago pic.twitter.com/XGURyEpxC1

Personally, I blame the kit man. Give Nasri a proper-fitting jersey and he looks like your average American.

But hey, Nasri still went out there and played his best, and that’s all you can ask for a 34-year-old man who isn’t a professional footballer anymore. Shit, when I was 34, I was blowing out my calf or rolling my ankle every other time I stepped on a pitch.

I have no idea what the final score of the match was because the point was raising money — and calling attention to Drogba’s hella fit physique. Here’s hoping he passed along a few tips to American winger Konrad de la Fuente.

Ahead of tonight’s match for the benefit of improved access to the education of children in the Ivory Coast, @didierdrogba stopped by to oversee today’s training!