Diego Simeone has signed a new three-year contract extension with Atletico Madrid, the club have confirmed.

Atletico pipped Real Madrid and Barcelona to the LaLiga title last season in final day drama, and Simeone’s efforts have been rewarded with the fresh terms.

Simeone, 51, will now stay at the Wanda Metropolitano until at least 2024, with four members of his coaching staff also pledging their long-term futures along with him. 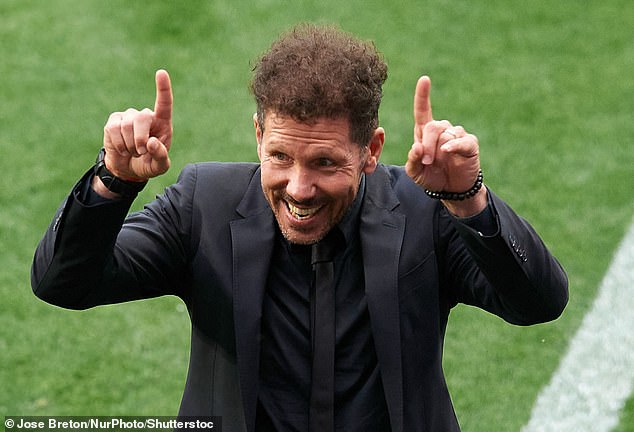 ‘Since the Argentine joined in 2011, we have enjoyed one of the most successful phases of our club’s history – winning eight trophies in the process.

‘During this period, Simeone has become the coach who has won the most titles (eight) and games (316) in our club’s history. 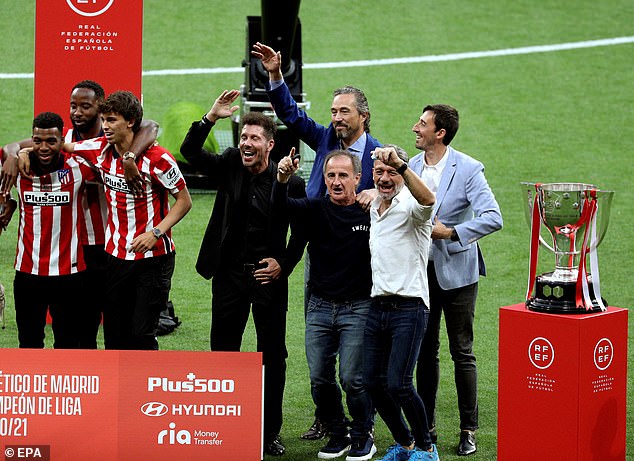 ‘The members of his coaching staff have also signed contract extensions until 2024.

Simeone has enjoyed great success at the helm of the club and is now set to enter his 11th season. 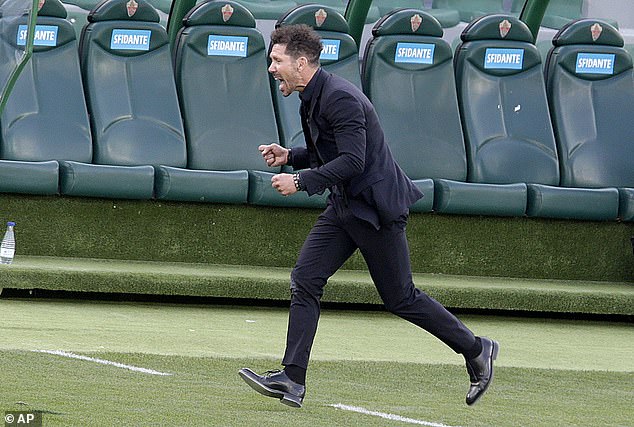 Their league trophy in the 2013-14 campaign was their first in 18 years, and Atletico have also won the Europa League twice in his tenure.

A chastening Champions League final loss by arch-rivals Real Madrid in 2015-16 was further evidence Simeone has elevated Atletico to often challenge for silverware.

In total, ‘El Cholo’ has overseen 527 fixtures at the club, and his win percentage stands at an impressive 60 per cent. 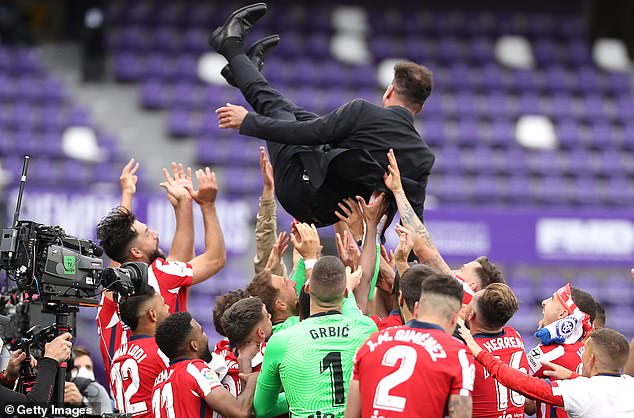 The statement also highlighted the fact that Simeone is now the tactician who has coached a team for the most consecutive seasons in the top-flight in Spain.

‘Apart from the eight trophies we’ve won, we’ve also qualified for nine consecutive seasons for the Champions League, something unprecedented at our club,’ it read.

‘With this contract extension, we continue our exciting project with Diego Pablo Simeone. Fantastic news for the Atleti family.’