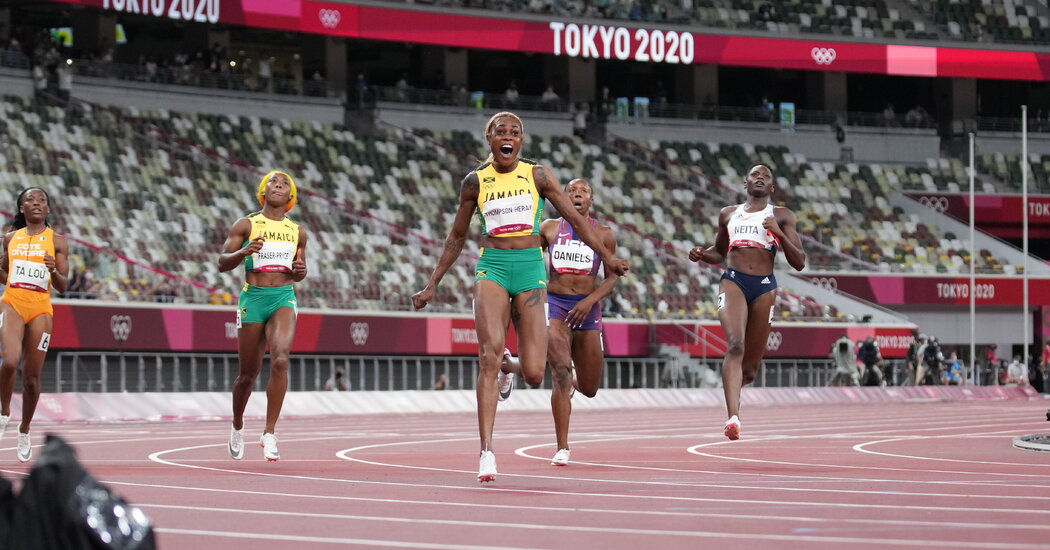 TOKYO — Elaine Thompson-Herah of Jamaica on Saturday repeated as the Olympic champion in the women’s 100 meters, outsprinting a field that included Shelly-Ann Fraser-Pryce, a two-time former champion.

Thompson-Herah finished in 10.61 seconds, breaking Florence Griffith-Joyner’s Olympic record by a hundredth of a second in a time that made her the second-fastest woman in history.

It was a Jamaican sweep of the medals: Fraser-Pryce took silver in 10.74, and Shericka Jackson won bronze.

Fraser-Pryce had been seeking her third Olympic gold in the event after winning back-to-back titles at the 2008 and 2012 Olympic Games. She won bronze in the 100 meters at the Rio Olympics in 2016, finishing behind Thompson-Herah and Tori Bowie of the United States.