Manchester United manager Erik ten Hag insists his players must be prepared to ‘suffer’ if they are to reach their best.

Ten Hag, who has promised to restore United’s glory days, got off the mark with his first win as United boss when his charges put in a much-improved performance to see off bitter rivals, Liverpool.

Monday night’s win over Jurgen Klopp’s men was the Dutch manager’s maiden win after three outings in the Premier League after back-to-back defeats against Brighton and Brentford. 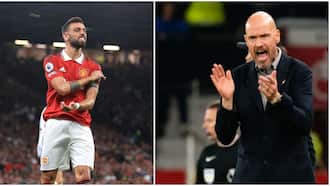 The former Ajax Amsterdam trainer who is under no illusion after supervising United’s first win of the season has stressed his players must deliver same intensity against the Reds to achieve their goals.

“What I demand is that players bring the top spirit every day. Every day, they have to bring it to the club,” he told the club’s official website.

“It has to be a way of life and I hope they understand. It’s only working – high performance, high level – if you have that spirit and that focus.

“If you accept that you have to hurt yourself, you have to suffer, to finally get the best level out of you.” 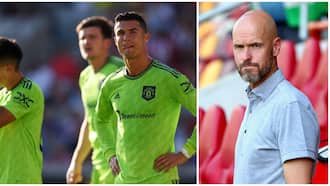 United were handed one of their heaviest defeats in Premier League history as Brentford ran riot to win at the Community Stadium.

After going 4-0 down after just 35 minutes, Ten Hag hooked three players at halftime but could not turn around the result as United succumbed to their second defeat in as many games.