Erling Haaland scored his 10th goal of the campaign, but it wasn’t enough to guarantee maximum points for Manchester City. Leon Bailey scored with Aston Villa’s first shot on target to win a precious point for his side.

Aston Villa walked into this game in dire need of positive results after a recent run of poor form from Steven Gerrard’s men. 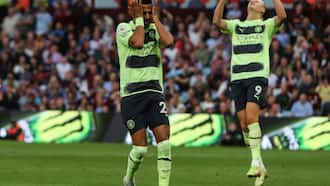 Villa were however dominated in characteristic fashion by Manchester City as the Premier League champions had the majority of the possession. Despite all the dominance, the best chance of the half fell to Ollie Watkins, who saw his effort drag agonizingly wide.

Kyle Walker had a chance to score earlier but blazed his effort wide despite having Haaland unmarked inside the area.

After the restart, Kevin De Bruyne delivered one of his trademark passes into the area. Haaland evaded his marker to tap the ball into an empty net.

De Bruyne then had a chance of his own from a freekick won by the lethal Haaland, but the Belgian rammed his effort on the crossbar.

Jacob Ramsay then failed to capitalise on a rare City error when Ederson quickly closed him down. The young midfielder, however, quickly made amends later when he made a lung-bursting run into the area before feeding Leon Bailey. 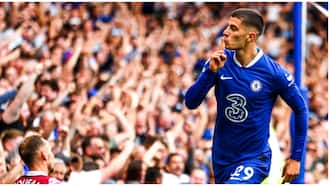 The Jamaican didn’t need a second invitation to lash out a strike that left Ederson flat-footed.

The result sees Pep Guardiola’s men drop points again this season after their draw against Newcastle. They now remain second with 14 points. Arsenal could widen their lead further on top of the table with victory against Manchester United on Sunday.

How Manchester City’s new signing Manuel Akanji is a genius

Sports Brief had earlier reported that Erling Haaland and Manuel Akanji have been reunited less than three months after the former left the Bundesliga for England.

Injuries to Aymeric Laporte and Nathan Ake meant that the English champions were light on defenders and that Guardiola needed cover, especially with the thick run of fixtures.