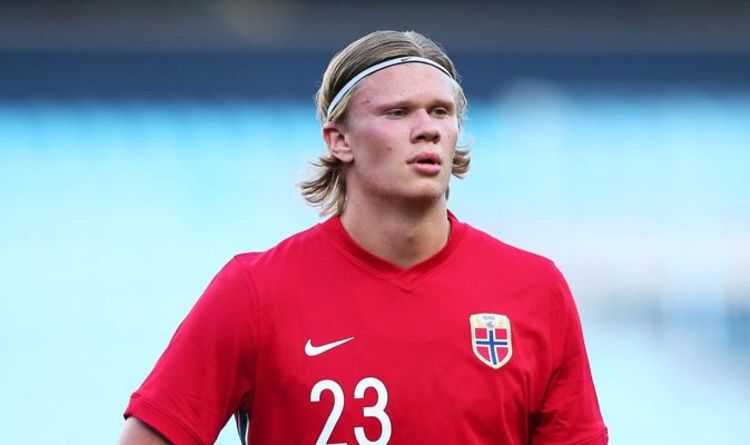 Chelsea are working hard to try and complete a sensational summer transfer for Erling Haaland. The Borussia Dortmund striker is one of the world’s most exciting young players – and will command a transfer fee and wage package befitting his status if he does move.

Haaland scored 41 goals in as many games across all competitions for Dortmund last season and has long been linked with Europe’s biggest clubs.

The Norwegian’s representatives have already held discussions with Real Madrid and Barcelona to gauge interest in his signature.

Manchester City and Chelsea have also emerged as possible destinations for Haaland, with both sides on the lookout for a world-class striker this summer.

City need to replace Sergio Aguero, who is joining Barcelona as a free agent at the end of June, while Chelsea lacked firepower last season.

Holding midfielder Jorginho ended 2020/21 as their top scorer in the Premier League with seven penalties and Thomas Tuchel wants to recruit a true goal-getter for a title push next season.

Chelsea may have splashed out around £200m last summer to sign Kai Havertz, Timo Werner, Hakim Ziyech, Ben Chilwell and Edouard Mendy, but none of those players come close to Haaland’s reported demands.

According to Spotrac, Chilwell is currently Chelsea’s top-earner, pulling in £190,000 per week following his £50m move from Leicester in August.

The England left-back is followed by Werner, who cost around £47m from RB Leipzig last year and earns £170,000 a week.

Next comes American international Christian Pulisic on around £158,000 per week and Kepa Arrizabalaga, who earns £150,000 despite the £71m goalkeeper having been relegated to back-up behind Mendy.

So while Tuchel may have made Haaland his top transfer target, it is up to club director Marina Granovskaia to work out the financial implications of the blockbuster move.