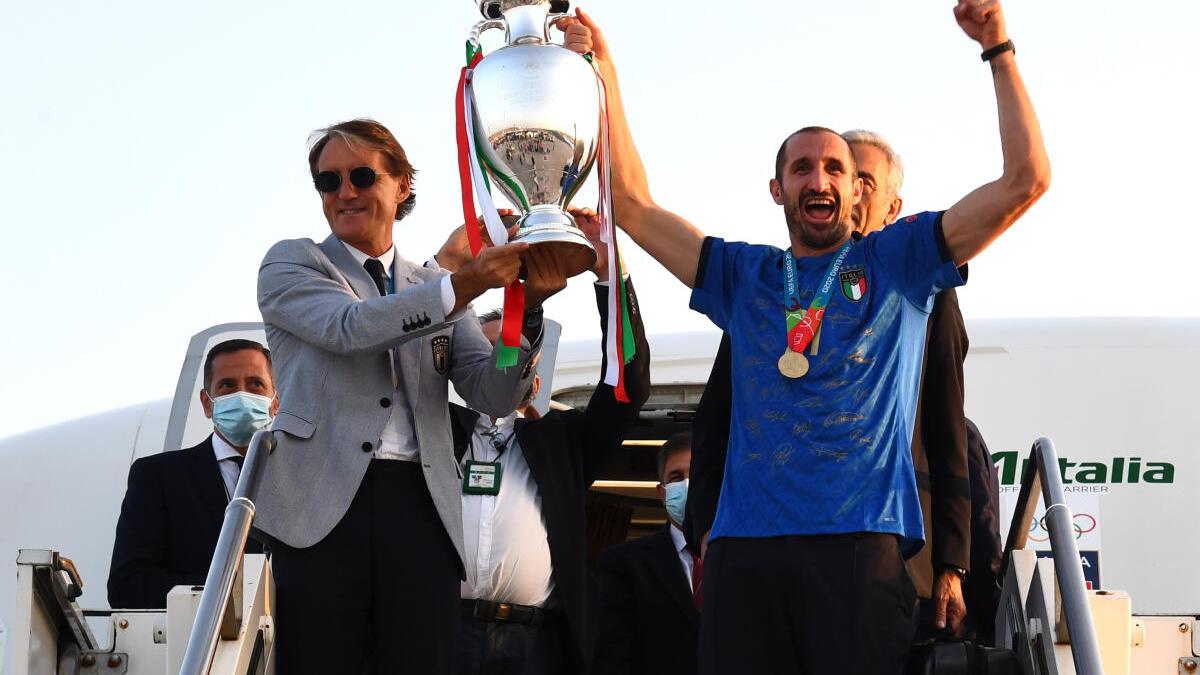 The honours were “a sign of recognition of the sporting values and national spirit that animated the Italian victory at the European championship,” a statement from the Italian residential palace said on Friday.

Mancini and Italian Football Association president Gabriele Gravina were conferred with the honour of ‘Grand Officer of the Republic’ with team manager Gabriele Oriali and head of delegation Gianluca Vialli receiving ‘Commander of the Republic’ awards.

Captain Giorgio Chiellini was named an ‘Officer’ and along with all the team were given the honour of ‘Cavaliere’ (Knights).

Italy beat England last weekend on penalties in London to win the title for the first time since their victory in 1968.