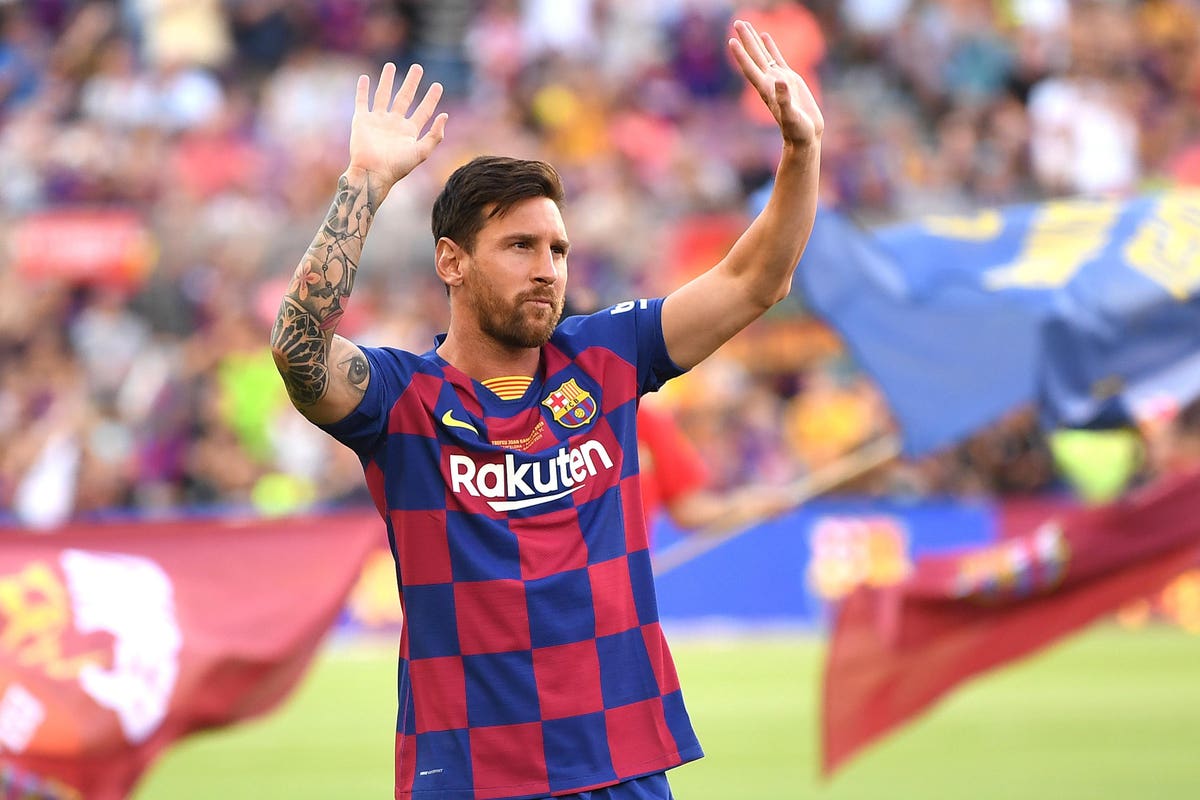 Unlike other players such as Sergio Aguero and Emerson who competed in the Copa America final last month, Lionel Messi has still not reported to FC Barcelona’s preseason camp.

Not until he has signed a new deal that is, and ceases to be a free agent – a bizarre state of affairs now in its fifth week since June 30 when his old agreement expired.

This is the first time that Messi has not been connected to the club in over 20 years, when joining as a 13-year-old in 2000.

Unlike last summer, however, when poor performances in the Champions League resulted in him trying to force an exit to Manchester City, the Argentine wishes to stay and is waiting for the particulars to be hashed out by president Joan Laporta while he holidays in Ibiza with Luis Suarez and Cesc Fabregas.

While salary deferrals are suggested and more player exits attempted, SPORT report that Messi’s five year contract is “close” to being finalized.

He will take a 50% pay cut to help Barca manage their payroll and navigate salary cap regulations from La Liga, but with kick off approaching for the Spanish top flight’s next edition, the Catalans need to be more specific about when their star player returns.

Set to miss another friendly against RB Salzburg in Austria tomorrow, while also sitting out impressive wins over Nastic Tarragona, Girona and Stuttgart at the weekend, Messi’s comeback is penciled in for the weekend should he sign on the dotted line.

Onda Cero Radio’s Alfredo Martinez writes that: “If nothing is complicated, the intention of the club is for its captain to [play] against Juventus on Sunday in the presentation of the team in the Joan Gamper. The objective is that he is already at the Gamper [match] with the team.”

Typically at the end of the friendly fixture where the winner takes home a trophy, the club’s captain speaks about his ambitions for the upcoming season. To not have Messi there to carry out the ritual would provide further embarrassment for the Blaugrana, yet at least there would still be another week to get him sorted for the La Liga opener against Real Sociedad on August 15.

Furthermore, 3,000 fans lucky enough to see the spectacle deserve to see both the six-time Ballon d’Or winner and Cristiano Ronaldo in action.