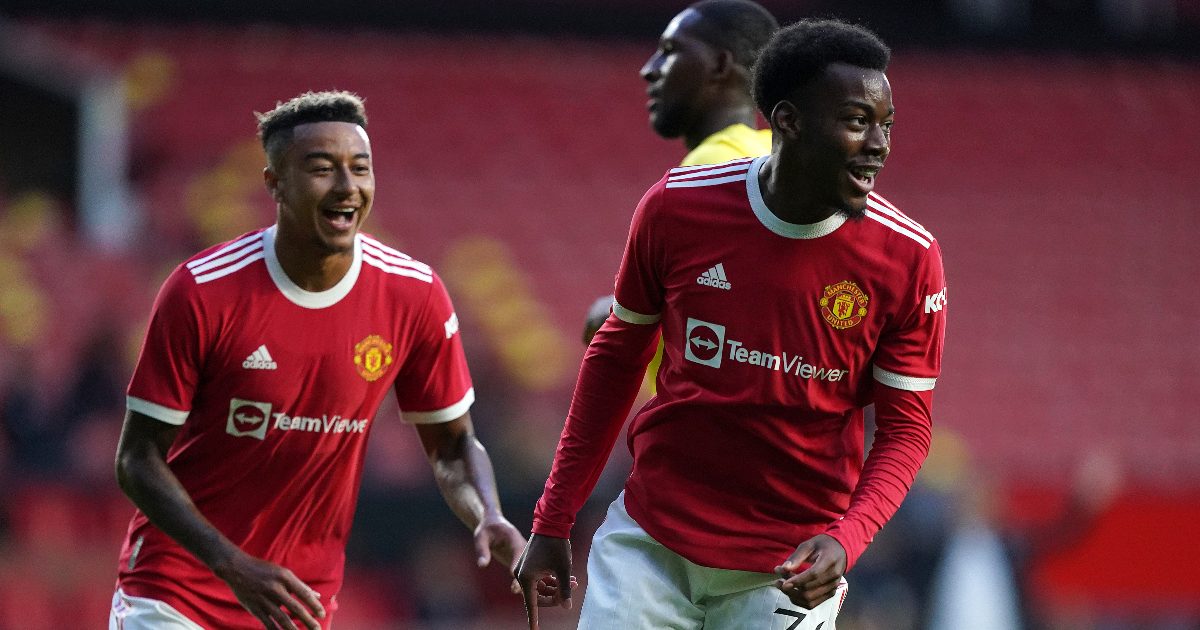 Bruno Fernandes has suggested that James Garner and Anthony Elanga are set to have a “brilliant future” at Manchester United.

Both players are highly rated at Old Trafford. Garner made his senior debut for Man United in 2018/19 and he played a further six times the season after.

The midfielder spent last season on loan in the Championship with Watford and Nottingham Forest. In total, he played 40 times in the second-tier and he scored four goals.

An alternative transfer target for each of the Big Six

Elanga meanwhile played for Malmo before he joined Man United in 2014. The 19-year-old made his Premer League debut in May as he played 66 minutes against Leicester City.

He started again in their final game of the season against Wolves and he scored his first-ever senior goal to help his side win 2-1.

In an interview with the club’s official website, Fernandes heaped praise on the young duo:

“I think we know some of them already. Jimmy Garner, I think is a really good player, I really like him and the way he kicks the ball. He’s really aggressive off the ball too,” Fernandes said.

“Elanga was already playing with us and this pre-season he has been brilliant. He’s a nice kid, works hard and is really humble and I think he’s deserving of everything that’s happening to him. I see a brilliant future for him and Jimmy too, and also for all the other kids.

“More than performing, [Elanga] is training hard. Since last season when he came to the first team he has been training really hard and, as I said, being very, very humble.

“The way he trains and treats the people is really important to be part of the first team and that’s why he’s deserving of every chance he gets and every performance he has put in.”

Varane has joined Man United from Real Madrid this summer for around £42m.

“Surely there will be matches in which he will suffer physical clashes, but he is now a player of great experience.

“I see him well paired with Maguire, they will form an excellent duo.”