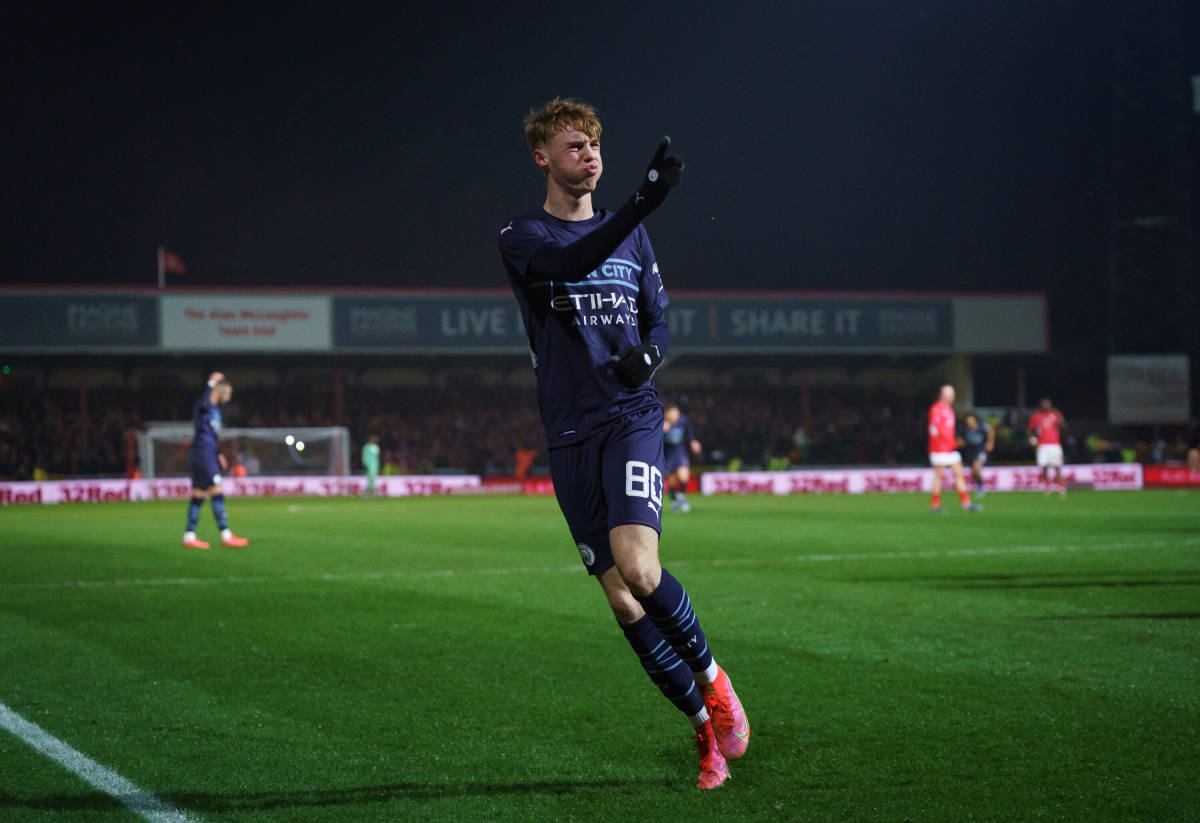 City were short of manager Pep Guardiola and seven first-team players for their trip to the League Two outfit, but still had too much sting for Swindon as they ran out 4-1 winners at the County Ground.

19-year-old Cole Palmer starred in Manchester City’s first FA Cup clash of the new campaign with a brilliantly engineered assist for Bernardo Silva’s opener, which was soon followed by a Gabriel Jesus finish.

A superb free-kick from captain Ilkay Gundogan and a brilliant finish into the top left corner by Cole Palmer deep into the second-half were enough for City to progress into the next round of the competition.

Top management at Manchester City believed that they had a solid back-up in the form of their homegrown talent to fill the place left by Torres, both in the dressing room and in a variety of positions on the field.

Cole Palmer stole the show at the County Ground with an assist for Bernardo Silva’s opening goal, and a perfect opportunist goal in the 82nd minute to cap off a perfect FA Cup debut.

The Manchester City academy graduate has now scored on his Champions League as well as Carabao Cup debut, in addition to his exploits against Swindon Town so far this season.

With Riyad Mahrez now busy on international duty with Algeria at the Africa Cup of Nations, it is the perfect time for Cole Palmer to make his case, and he did just that in Manchester City’s emphatic victory.

Kyle Walker is Back

Following the heartbreaking passing of a close friend and a run of injuries, the Englishman has been absent from consecutive training sessions and consequently Manchester City’s matchday squads for a prolonged period of time.

One of the most reliable and consistent players in the squad, Kyle Walker’s return to action against Swindon will undoubtedly provide Pep Guardiola and his staff with a significant boost as he looks to extend the lead at the top of the Premier League table.

The Curious Case of James McAtee

Manchester City’s academy is flooding with exciting and talented young players eager for first-team action, and at the top of that list is James McAtee.

Regarded by many within the club and onlookers of the squad as one of the brightest youth players in the country at the moment, James McAtee has been waiting on the sidelines for his opportunity to impress at the very top level of the football club.

The young Englishman is held in high regard by manager Pep Guardiola, but has unfortunately found it difficult to find some quality game time in cup games.

Friday night’s fixture presented the perfect opportunity for the 19-year-old to get that chance and he would have personally hoped to start this fixture, but to his disappointment was only able to get a few minutes off the bench.

McAtee will have only one year left on his contract this summer and Manchester City are expected to tie him down on a long-term contract soon. However, with first-team opportunities not coming as frequently as he would, McAtee will have to bide his time and wait patiently on the sidelines.

Swansea City have most recently shown interest in taking the young Englishman on loan, and Manchester City are expected to make a call on the player’s future in the coming weeks.

Arguably the best team in Europe at the moment, City displayed their strength on Friday night, as they fielded a strong side capable of beating most, if not all, of the Premier League teams, in spite of a significant COVID outbreak at the Etihad Stadium.

Pep Guardiola, along with 13 members of his staff and seven first-team players, have all entered isolation due to Covid related reasons.

However, this was not enough to deter the Premier League champions, who found a way to field a strong side and breezed past Swindon with a 4-1 victory that now takes them into the fourth round of the FA Cup.

This quality and fighting spirit of Pep Guardiola’s side is vital for any title challenge and especially in these times of massive disruptions due to COVID outbreaks.

Bernardo Silva Back on the Scoresheet

The Portugal international has been sensational for Manchester City, while arguably being the best player in the Premier League so far this season.

Bernardo Silva’s goal output has undoubtedly increased during the first half of this season, having registered eight-goal contributions in the top-flight so far, helping Manchester City in front of the goal on various occasions – most famously against Manchester United.

However, Pep Guardiola’s perfect all-rounder had failed to register a direct goal contribution in the last six fixtures, in spite of his consistently impressive performances. Fortunately, Bernardo Silva now seems to have put on his scoring boots back on.

The 27-year-old, who was playing almost as a traditional number nine on Friday, put himself in the best position possible for the first goal against Swindon and set the scene for his teammates for the rest of the night.

He comes back into scoring form at an important time in Manchester City’s season!