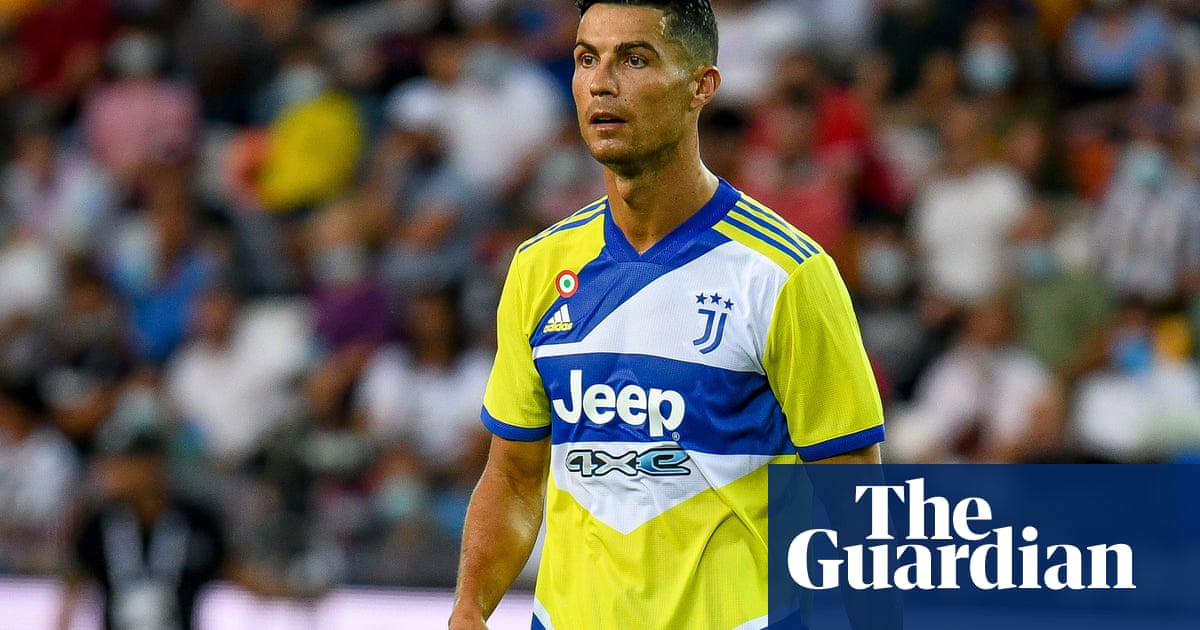 While their negotiations with Tottenham Hotspur over a deal to bring Harry Kane to Manchester City remain at an impasse, City are exploring the possibility of signing Cristiano Ronaldo from Juventus.

L’Equipe report that the five-times Ballon d’Or winner is eager to leave the Italian champions and say that, while City are prepared to cover his £26m annual salary, their largesse doesn’t extend to paying Juve much in the way of a fee for his services. Ronaldo is apparently keen on a move away from Turin and City could send Bernardo Silva and Aymeric Laporte the other way as part of a swap deal.

Having failed to make any signings last summer for the first time since 1980, Real Madrid hope to make up for it this time around by bringing Kylian Mbappé to the Bernabéu. Despite being in financial meltdown with net debts of more than £300m, the Spanish club confirmed they have made an opening bid of £137m to Paris Saint-Germain for the 22-year-old striker with less than a year left on his contract. PSG have greeted the offer with a Gallic shrug and are believed to be holding out for considerably more from the Spanish paupers.

With both Chelsea and Manchester United plotting late loan moves for Atlético Madrid midfielder Saúl Ñíguez, the Spanish champions have identified PSG midfielder Pablo Sarabia as a replacement. Kieran Trippier is another player who could be headed for the Atléti exit and while Arsenal’s interest in his services has been well documented, the England right-back is believed to be hankering for a move to Manchester United. Or anywhere else but Arsenal.

With their first choice transfer target Jesse Lingard looking increasingly likely to stay at Manchester United, West Ham are looking at alternative options and are mulling over the possibility of signing CSKA Moscow’s Croatian winger Nikola Vlasic instead. In need of back-up for striker Michail Antonio, David Moyes has also been giving Montpelier striker Gaetan Laborde the glad eye, while Chelsea defender Kurt Zouma is another potential Iron in the West Ham fire.

Tottenham Hotspur have held “informal talks” with Lyon, with a view to signing central midfielder Houssem Aouar, according to Sky Sports, but may have to duke it out with Arsenal in the battle to secure his scrawl. Should Aouar opt to go to the Emirates, he could have his pick of dressing-room pegs, what with – deep breath – Willian, Ainsley Maitland-Niles, Eddie Nketiah, Hector Bellerin, Lucas Torreira, Reiss Nelson and Sead Kolasinac all being nudged towards the door marked “Do One”.

With so much highly remunerated deadwood on the Arsenal payroll, it’s no big shock that the position of technical director Edu is believed to be under threat and the Brazilian is unlikely to be best pleased when he sees that Marc Overmars is being linked with his job.

And finally, Burnley have had a £15m offer for Lyon left-back Maxwel Cornet accepted and are now on tenterhooks as they wait to see if the 24-year-old Ivorian finds the idea of life at Turf Moor agreeable.