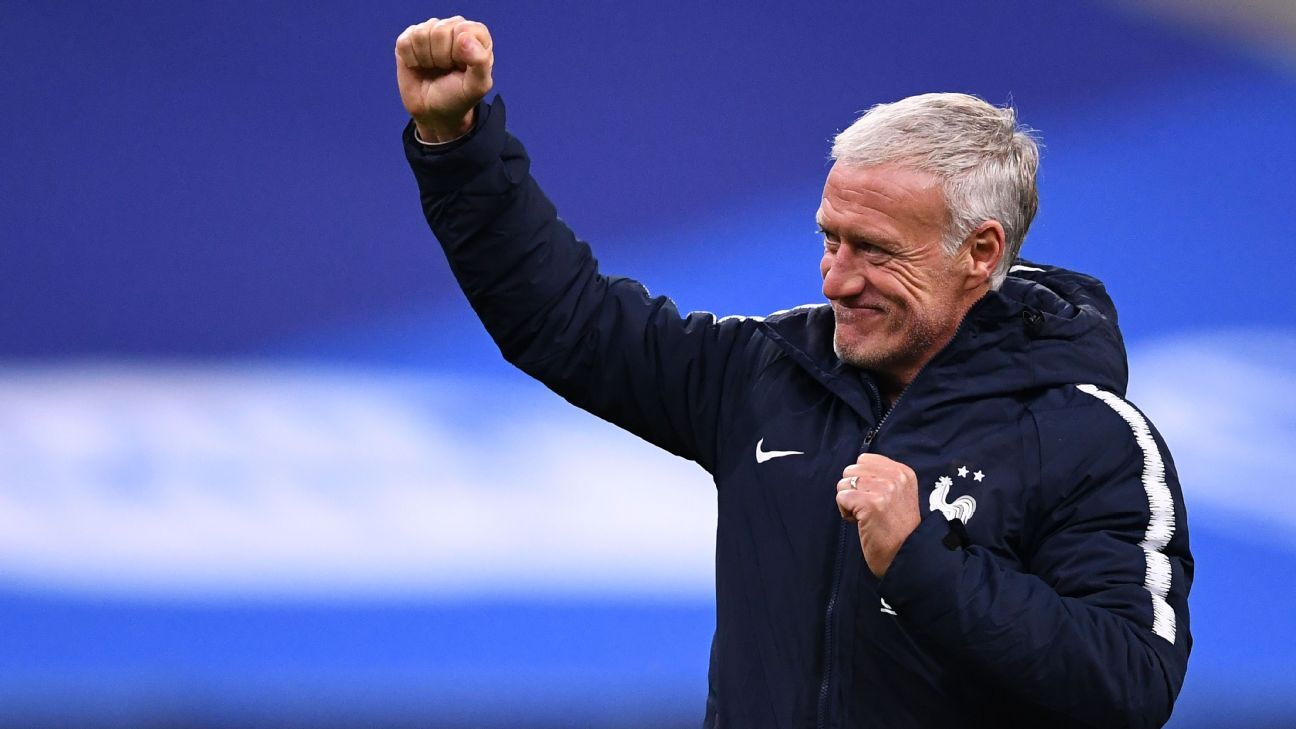 France coach Didier Deschamps is staying in charge of the national team after Noel Le Graet, the French FA president, said it took just “three minutes” to resolve his future.

Deschamps was under mounting pressure in the wake of France’s shock defeat to Switzerland in the round of 16 at Euro 2020, however sources told ESPN that the national team coach retained Le Graet’s support and was due to see out his contract.

Le Graet confirmed the news on Thursday when he told Le Figaro: “Within three minutes it was sorted.”

Deschamps is under contract until December 2022 and will look to defend the World Cup in Qatar next year. Sources told ESPN that Le Graet was considering extending Deschamps’ deal to July 2024, but that was before France’s disappointing exit from Euro 2020.

“We will have a chat together and we will talk about what happened,” Le Graet said recently. “The objective I gave him was semifinal.

“We fell short but he did so well so many times before.”

Les Bleus legend Zinedine Zidane has admitted that coaching France “could be a possibility one day” after Le Graet identified the ex-Real Madrid manager as his preferred successor for Deschamps.

“My relationship with Le Graet is good. We’ve known each other since 1998,” Zidane said earlier this year. “It could be an objective one day. I’ve said it before, when I started coaching 10 years ago, that it’s something that could be a possibility one day.”