France’s conflicts at Euro 2020: Veterans fed up with moody Mbappe, arguments on the pitch, frustration – MARCA.com 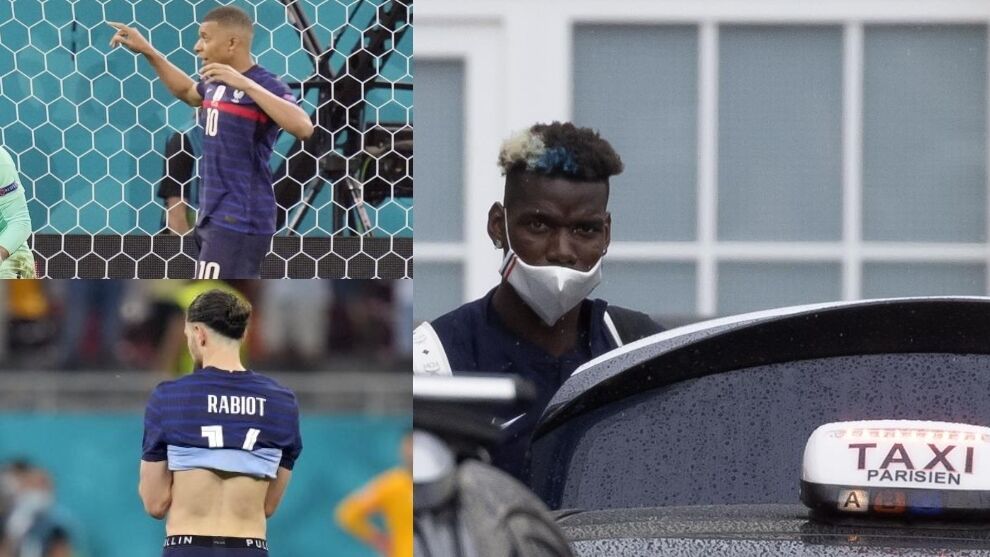 France’s defeat to Switzerland in the 2020 European Championship‘s Round of 16 took many by surprise as Les Blues blew away a two-goal lead before being knocked out on penalties.

Following their elimination from the tournament, there were reports about a feud that sparked between Adrien Rabiot’s mother and the families of Paul Pogba and Kylian Mbappe, but it appears that there were more unpleasant incidents during the tournament.

As L’Equipe has reported, there was a lack of unity in the French national team, with the first incident taking place after a friendly against Bulgaria, when Olivier Giroud blamed Mbappe for not passing the ball to him.

Although Giroud clarified that his remarks were not directed to the PSG forward, Mbappe seemed to be frustrated and according to French media, veterans such as Steve Mandanda, Hugo Lloris and Moussa Sissoko were upset by and tired of their teammate’s moody attitude.

Dembele’s injury and insults on the field

Ousmane Dembele was forced to return to Barcelona after picking up a hamstring injury, one which dealt a great blow to the morale of the team.

As ‘French Football News’ revealed, Rabiot and Pogba insulted each other during the game against the Swiss, because the Juventus midfielder was unhappy with the defensive effort made by his teammate.

Meanwhile, it was also revealed that Raphael Varane reprimanded Benjamin Pavard for his poor defending against Switzerland, while the Bayern Munich right-back lamented Pogba for not contributing in defence.

Frustration with the team hotel

While some teams such as England, Italy or Spain have enjoyed several matches in their respective countries, France didn’t have that luxury as they played matches in Munich, Budapest and Bucharest.

Some members of the squad were particularly unhappy with the hotel in which they stayed in Hungary, with Paul Pogba even requesting a move to a hotel overlooking a lake in Gardony, 50 kilometres away from Budapest.

According to L’Equipe, France players felt ‘confined’ in the Marriott Hotel in Budapest, where the windows of the rooms could not be opened.

Meanwhile, players were also annoyed by the fact that the French Football Federation refused to allow them spend time with their families due to COVID-19 restrictions.