“We would love to keep him of course but this result today, if Toto hasn’t got the decision done yet I think this puts him even more to Mercedes,” suggests Williams boss Capito after Russell stuns to take second on Belgian GP grid; Sunday’s race starts at 2pm live only on Sky Sports F1 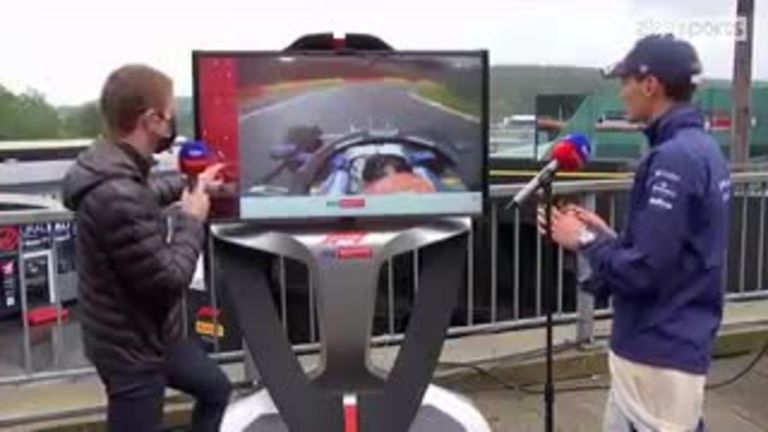 George Russell reflected on the “amazing feeling” of putting his unfancied Williams car on the front row of the Belgian GP grid, as his Williams boss said the Englishman “deserved” a promotion to Mercedes for 2022.

As anticipation continues to build over Mercedes’ decision about who partners Lewis Hamilton next season, Russell produced a stunning against-the-odds qualifying performance in treacherous wet conditions at Spa.

Challenging title challengers Max Verstappen and Hamilton for pole on the final laps of the session, Russell briefly moved to the top of the timesheet ahead of the Mercedes before the Red Bull then outpaced both of them to claim pole position.

Yet second on the grid was no less of an astonishing achievement for Russell.

“An amazing feeling,” said the 23-year-old, whose previous best qualifying result in three seasons at Williams was eighth at last month’s British GP.

“We definitely did not expect to be starting on the front row. We did everything right at the right moment and often in these conditions that’s what it’s all about. So happy for the whole team.

“We obviously had a fantastic result in Hungary [their first points of the season] and it feels like our hard work is starting to pay off and people are starting to recognise it.”

Having spent much of his short career so far fighting towards the back and in the lower midfield of the grid, Russell added: “This is what Formula 1 is about. This sort of feeling, and I’ve missed that.

“I want to be fighting for pole positions every single week.”

Russell’s only previous experience of doing so far in F1 came when he stood in for Hamilton at last December’s Sakhir GP, when he also qualified second. Russell then led the race before being robbed of a debut Mercedes win by pit-stop problems.

But chances of Russell becoming a regular front-runner in the near future appear to be growing with the Englishman increasingly considered the favourite to take the 2022 seat next to Hamilton over incumbent Valtteri Bottas.

And that would be a fully-deserved opportunity, according to Russell’s current team boss at Williams

“We would love to keep him of course but this result today, if Toto [Wolff, Mercedes’ team boss] hasn’t got the decision done yet I think this puts him even more to Mercedes,” said Jost Capito, overjoyed at the result, to Sky F1. 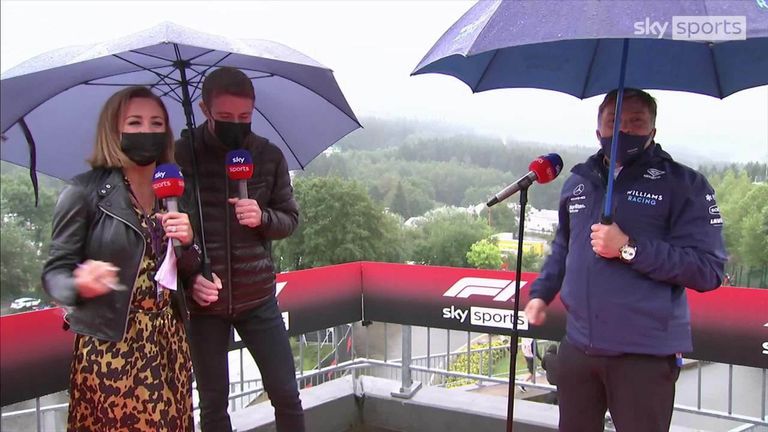 “Especially me, I’m happy to see him in a Mercedes. He’s such a talent and so great for his age.

“He deserves to be in the car that’s capable of winning the championship, and we fully support him in that.”

Inevitably asked for his take on Russell’s starring performance, Hamilton said: “George has been doing a great job all year, this doesn’t really change anything.

“I’m sure he’s got pressure on him just as Valtteri does to do the job, it’s great to see him delivering. I can’t fault him for it.” 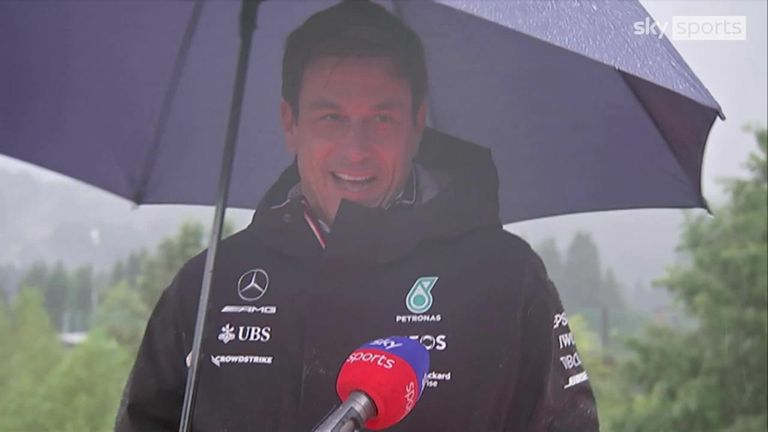 The qualifying session was initially delayed by 12 minutes due to heavy rain and then suspended at the start of Q3 when Lando Norris crashed heavily at Eau Rouge.

Having put his Williams into the final shootout, Russell suddenly emerged as pole contender as he started to piece together a sensational final attempt.

“The team did an amazing job,” he said. “In these conditions you’ve got to be on the track in the right moment, with the right tyres.

“It’s really difficult with the engine as well because you’re deploying your battery, and on such a long lap if you don’t have it at the maximum deployment you’re going to struggle. 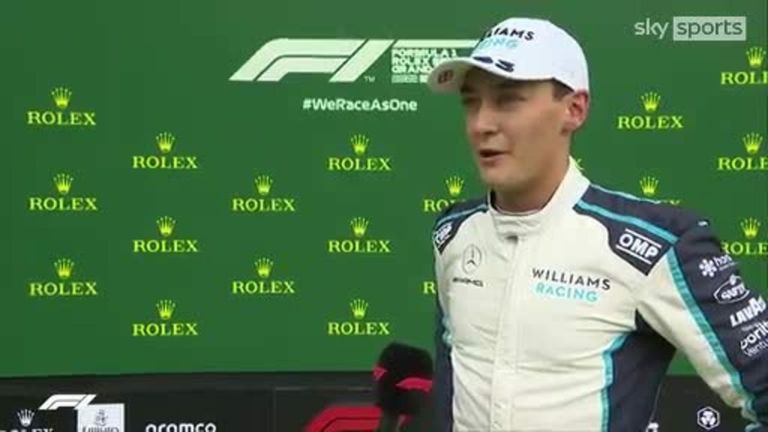 “We knew it would be that last lap and we just said ‘right, we’ve got to go for it’, give it everything we’ve got. And we really did.”

The threat of rain is set to continue into race day and Russell predicted: “There’s no reason why we can’t do more of the same tomorrow.

“Our true pace is probably between P7 and P12 but starting there it’s going to be so difficult to follow with the spray so there’s no reason why we can’t hold the position.

“But, equally being realistic, having Hamilton and Perez [seventh] starting behind me, we will pick our battles right and we’ve got to be making the right strategy calls at the right moment.”