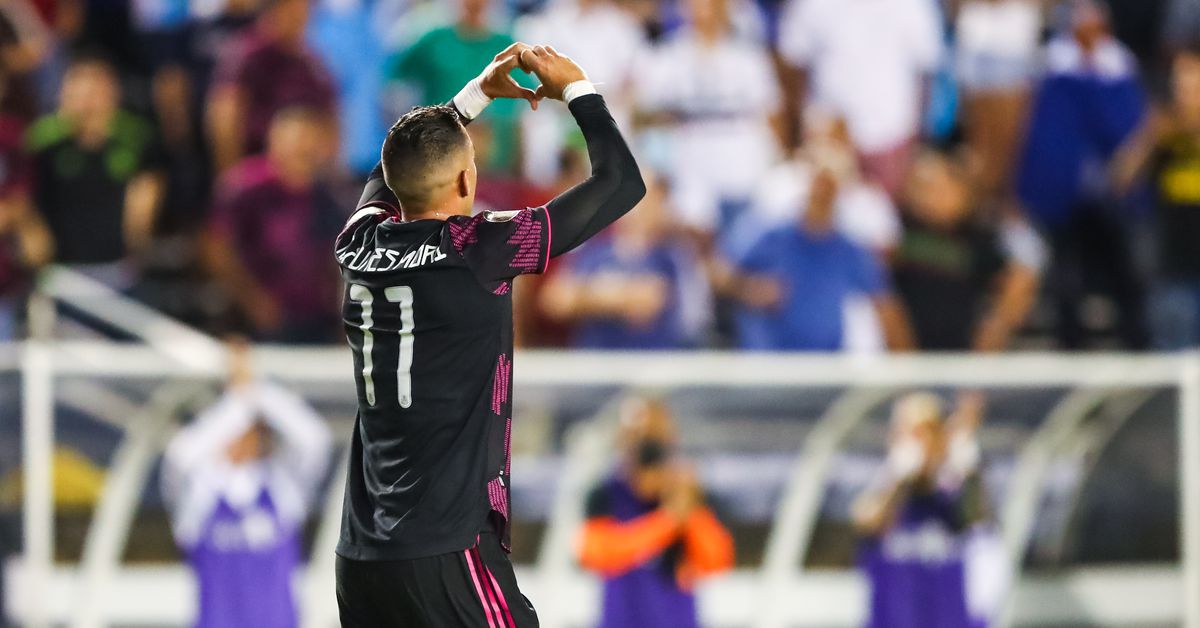 Rogelio Funes Mori’s brace got Mexico back into the win column but not before El Salvador’s second win of the tournament clinched the first quarterfinal spot of the knockouts.

Jairo Henriquez got things started for El Salvador on the half hour mark, sending in a long range shot off the post and past Nicklas Frenderup in the T&T net.

For their late stoppage time insurance goal, things got a little weird. A long range shot from Armando Moreno gets saved off the post and the ball caromed down the goal line. From there Frenderup and El Salvador’s Marvin Marquez both attempt to play the ball and in the scramble it comes off the other post and back across to the middle of the six yard box. Juan Carlos Portillo then fluffs a close range sliding finish (which he actually got credited for a missed shot on) but right into the path of our resident late game hero substitute from Hartford Athletic, Walmer Martinez who tapped it in.

In two late substitute appearances at the Gold Cup, Martinez has a yellow card, an assist, and now a goal for the greatest of Hartford traditions – a modified Gordie Howe hat trick.

Here’s a specific replay of the aformentioned chaos and extreme CONCACAFing that was said goal which we wholeheartedly approve of:

El Salvador has been quietly dominant in their two wins and the stats reflected that yesterday. La Selecta had a 60-40% edge in possession, were 8 of 19 shooting while holding T&T to 2 of 9, completed over 80% of their passes including about 75% in the attacking half and final third. Despite scoring three of their four goal in the 80th minute or later, El Salvador have been pretty impressive so far.

Coming of a scoreless draw despite dominating Trinidad in the opener, El Tri needed a big time performance and had just the player to do it. With Hirving “Chucky” Lozano out for the rest of the tournament following his injury in the opener, Funes Mori stepped up to lead the Mexico attack.

Before the goals however, Mexico had a few good chances including a dangerous free kick in the 6th minute that Guatemala’s Alejandro Galindo cleared over his own crossbar. Erick Gutierrez latched on to a loose ball inside the box only to have his close range effort smothered by Guatemalan keeper Nicholas Hagen in the 25th.

Catch all the action behind their win in our 90′ in 90″ highlights ⬇️ #sponsored pic.twitter.com/MhnHlcZcTp

However there was little Hagen could do a few minutes later, when on the half hour mark Funes Mori cut back and unleashed a curler off the post and in for the opener. After the halftime restart, Hagen again kept his team in the match with an acrobatic parry off an attempted chip in the 49th. But once again, five minutes after a good save, Funes Mori struck, this time taking an Oberlin Pineda centering pass and putting it into the top corner from close range to make it 2-0.

PIneda would seal the victory in the 79th minute, finishing off an exquisite cross from fullback Luis Rodriguez with a cracking header.

The two wins for El Salvador clinch a spot in the quarterfinals as neither Trinidad nor Guatemela can catch up to their six points. Mexico can advance with a draw against El Salvador or top the group outright with a win. Trinidad would need a win over Guatemala combined with an El Salvador win over Mexico and enough scoring to make up the five goal differential and other scoring tie breakers. Guatemala despite a valiant effort on short notice coming into this tournament are eliminated from the knockouts.

Group A actions concludes on Sunday July 18th with Mexico-El Salvador from the Cotton Bowl in Dallas and Guatemala-Trinidad from Toyota Stadium in Frisco, both matches kicking off at 10pm.