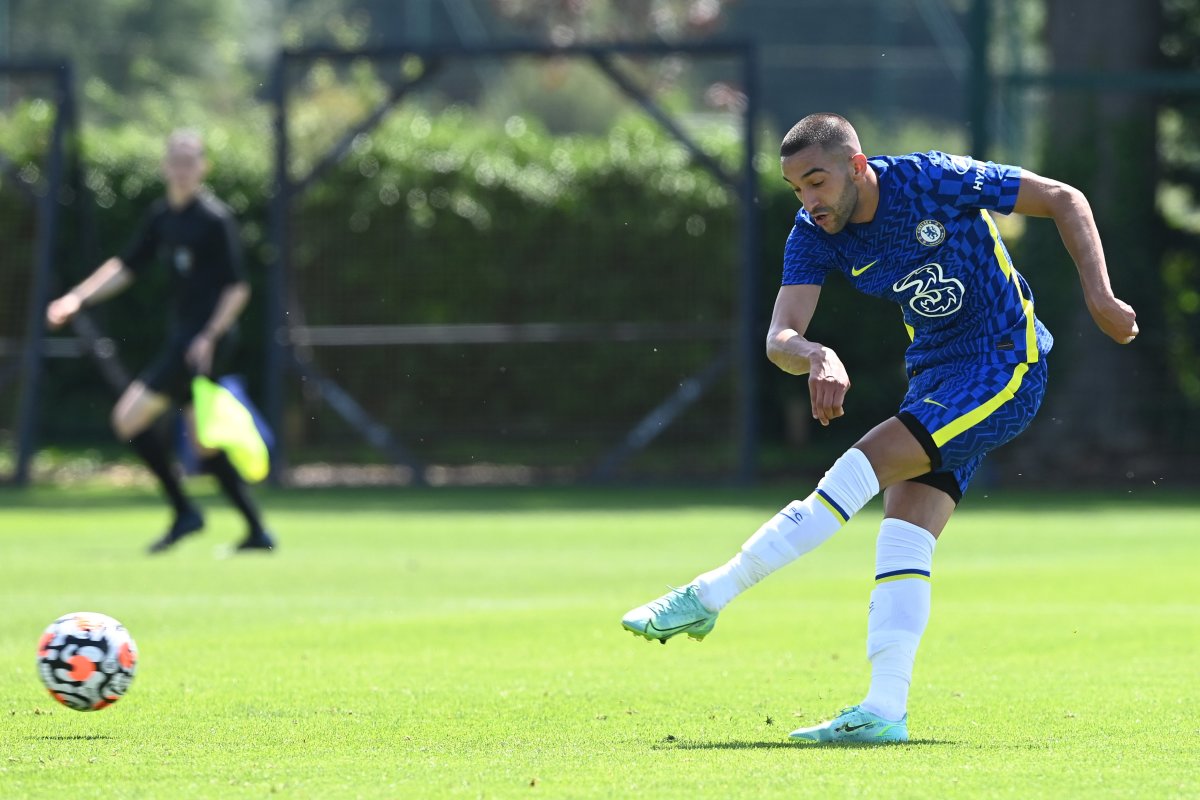 Chelsea came out 6-1 winners as the Blues faced Peterborough United in a behind closed doors pre-season friendly.

The Blues’ returning loanees and first team players that did not feature for their international sides at Copa America and Euro 2020 returned to training last week.

Peterborough United fell to defeat as Tammy Abraham and Christian Pulisic’s first-half goals were added to by a Hakim Ziyech second-half hattrick and an Armando Broja finish.

Thomas Tuchel’s men lined up with the familiar 3-4-2-1 formation which brought so much success last season.

Jake Clarke-Salter, Trevoh Chalobah and Malang Sarr made up a back three, with Davide Zappacosta and Marcos Alonso operating as wing-backs.

A front three of Pulisic, Abraham and Callum Hudson-Odoi were trusted from the start.

Chelsea were 2-1 up going into half-time with goals from Abraham and Pulisic giving the Blues an advantage after going a goal down to a Peterborough penalty.

Tuchel made several changes in the second half with the likes of Ziyech, Conor Gallagher, Baba Rahman and Armando Broja introduced.

The Moroccan bagged a hattrick in his 45 minutes of action whilst young striker Broja also scored and got an assist.

An impressive win for Tuchel’s men will have given the coach further insight into what his returning players have to offer ahead of the new season.