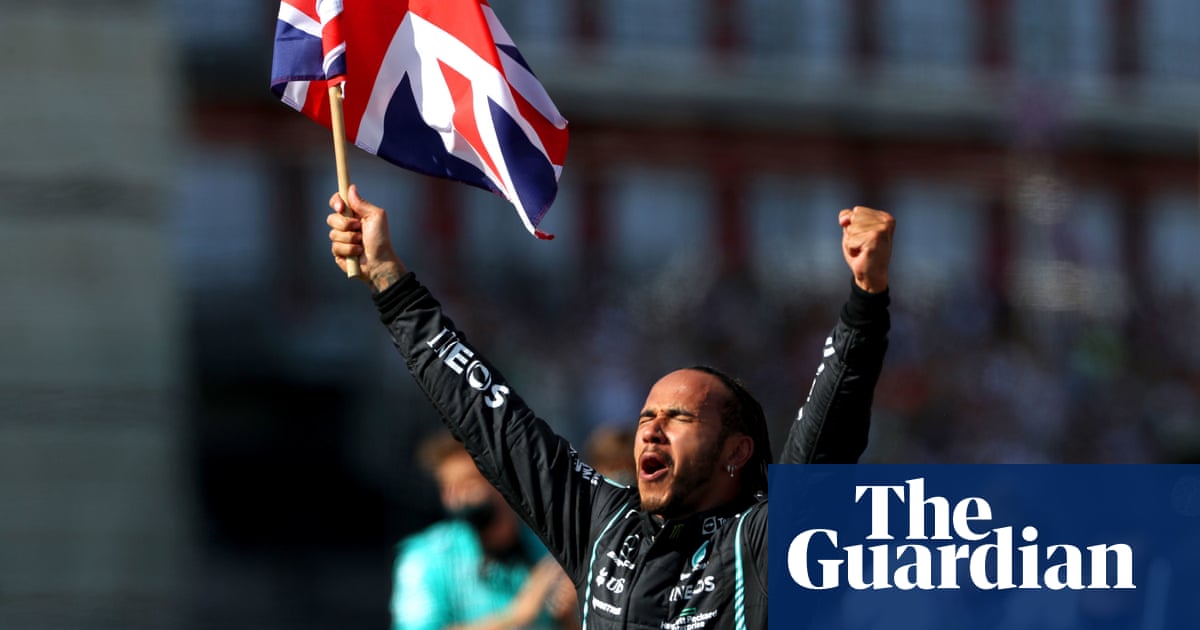 Lewis Hamilton won the British Grand Prix after high drama at Silverstone saw the world champion and his title rival Max Verstappen clash on track. Verstappen was sent spinning into the barriers at high speed ending his race, while Hamilton went on to drive an immense comeback after a penalty to win.

It was a highly controversial incident with both drivers and their team believing they had been in the right with emotions running high and finger pointing on both sides. Charles Leclerc was second for Ferrari, Valtteri Bottas third for Mercedes, with the McLarens of Lando Norris and Daniel Ricciardo in fourth and fifth.

Hamilton and Verstappen were vying with one another wheel to wheel in the opening lap and across nine corners there was nothing between them. Then, as Hamilton looked to go up the inside of Copse, the two finally did touch and the Dutchman was nudged off at high speed into the wall. Verstappen emerged apparently unharmed but lightheaded from the 180mph, 51G-impact crash but was immediately flown to hospital for precautionary checks. The race was stopped shortly afterwards to deal with Verstappen’s stricken car and repair the barriers.

Hamilton had feinted to go up the outside then dived back inside and his left front wheel had clipped Verstappen’s right rear but it appeared to be a racing incident, with neither driver willing to yield. Hamilton was concerned he might have damaged his car but with the race red-flagged his team were able to work on his car.

Hamilton has gone wheel to wheel with his rival this season but notably for example at Imola he went wide rather than risk a clash. This time he believed he had the place and with a deficit in the title race would not give way. “That was my line, he turned in on me,” he said.

The Red Bull team principal, Christian Horner, described it as “desperate” and “dirty driving” and was unequivocal in blaming Hamilton in a message to the FIA race director, Michael Masi. “Every driver who has driven this circuit knows you don’t stick a wheel up the inside at Copse,” he said. “It was 100% Max’s corner, as far as I am concerned full blame lays on Hamilton. It could have been a massive accident, thank god he has walked away unscathed. I hope you are going to deal with it appropriately.”

A war of words conducted in the form of messages to Masi soon broke out. The Mercedes team manager, Ron Meadows, told Masi: “Lewis was significantly alongside at turn nine.” The Mercedes team principal, Toto Wolff, emailed Masi a diagram of his take on the incident. Both team principals marched urgently to the stewards to make their cases.

The incident was investigated by the stewards and Hamilton was given a 10-second time penalty for causing a collision. The crowd were unsurprisingly vocal in expressing their displeasure with the decision as boos echoed round the old airfield. Horner was fuming at the decision, describing the punishment as “light”, the incident a “professional foul” and that a full stop and go penalty would have been more appropriate.

Leclerc had inherited the lead during the incident and was at the front for the restart after a 35-minute interval. They got away cleanly but Hamilton with an undamaged car did not charge at Leclerc as he had at Verstappen, with Norris in third having passed Bottas.

Hamilton, informed of the penalty, accepted it calmly as he and the team set about overcoming the disadvantage. The world champion was just over a second off Leclerc as Mercedes affirmed they were going to stick to their original race plan. While although Leclerc briefly began suffering engine cutouts on lap 14 he was able to maintain his lead.

The two drivers had opened up six seconds on Norris, with Leclerc showing some great pace in the clean air out front when Hamilton pitted on lap 27 and took his penalty. He emerged in fifth behind Norris with a slow stop for Mercedes. Leclerc followed him in two laps later and resumed having maintained his lead. With the stops shaken out Hamilton was in fourth, 12 seconds off Leclerc with 23 laps remaining and behind Bottas and Norris. He went up the inside of Norris – as if to make a point, once more at Copse – for third on lap 31 and set off after his teammate.

Bottas was unsurprisingly ordered to move over for Hamilton on lap 40 but Leclerc was maintaining a very solid pace out front, with Hamilton now in second he had a nine-second lead. The world champion went after him with 10 laps remaining, pumping in repeated fastest laps. “Can I catch him?” he asked engineer Pete Bonington to be told gleefully: “Yes you can.” The crowd roared him on for lap after lap.

He caught Leclerc by lap 49, with three remaining and on the following circuit again went up the inside of Copse as Leclerc went wide, enough to seal one of his most memorable victories with his eighth win at Silverstone.

Carlos Sainz was sixth for Ferrari, Fernando Alonso and Esteban Ocon seventh and ninth for Alpine. Lance Stroll was eighth for Aston Martin and Yuki Tsunoda 10th for AlphaTauri.