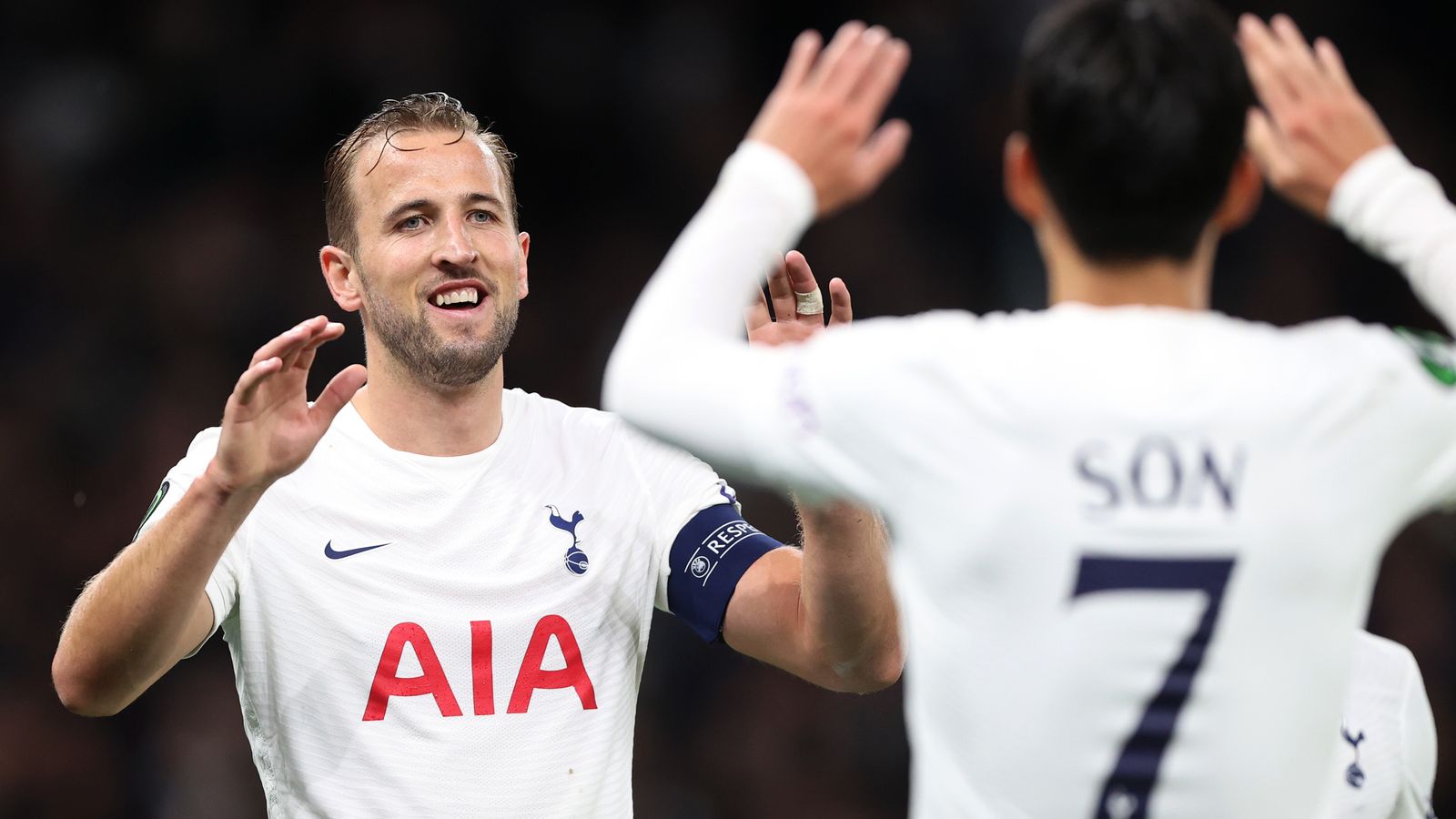 Harry Kane said his hat-trick from the bench in Tottenham’s 5-1 Europa Conference League win over NS Mura came as a bonus.

The England captain struck the 13th treble of his Spurs career after coming on just before the hour-mark against the Slovenian outfit.

The hosts were winning 2-1 at the time after goals inside the first eight minutes from Dele Alli and Giovani Lo Celso and Kane’s cameo settled matters.

Having failed to find the back of the net so far in five Premier League outings and looking well below his best, his quickfire treble could prove a timely boost.

“Every striker wants to score goals. I probably wasn’t expecting to come on today but it’s nice to get the minutes,” he told BT Sport.

“Whenever you see the ball hit the back of the net it’s a good feeling. Hopefully we can take it into the weekend. It was nice to come off the bench and score a few goals.”

1995 – Harry Kane is the first Tottenham player to score a hat-trick as a substitute since Ronny Rosenthal vs Southampton in the FA Cup in March 1995. Cameo.

Although Spurs were in early command, Mura, who were only formed in 2012, got back into the game after Ziga Kous scored the goal of his life and Spurs were looking fragile against the lowest-ranked team in the competition.

Boss Nuno Espírito Santo introduced Kane, Son Heung-min and Lucas Moura and it paid dividends as Spurs ran riot. Nuno said the decision was not pre-planned, but needed because of how the game was panning out.

He said: “I think the game needed. In the best way, the best way was to have the players on the pitch and they brought the energy the team needed definitely in that moment.

“The team needed the energy and it was good. It was good for the team and good for everybody. Today was important to perform the way we did. A good result and this way we recover better and prepare for the next one better. A lot of positives.”

On Kane gaining confidence from his hat-trick, the Portuguese added: “It is important for everybody, I always insist. The more important thing is that we have all the players in the best they can be.

“All the squad today was important for players that didn’t have too many chances, they played 90 minutes. For the future it is important to prepare what is in front of us so all the squad is needed.

“I back all the players, all the players have my total support. All of them. We have to support them and help them find the level that I believe they have, which is talent, quality. If we have all the players in the best we can have a good squad and team.”