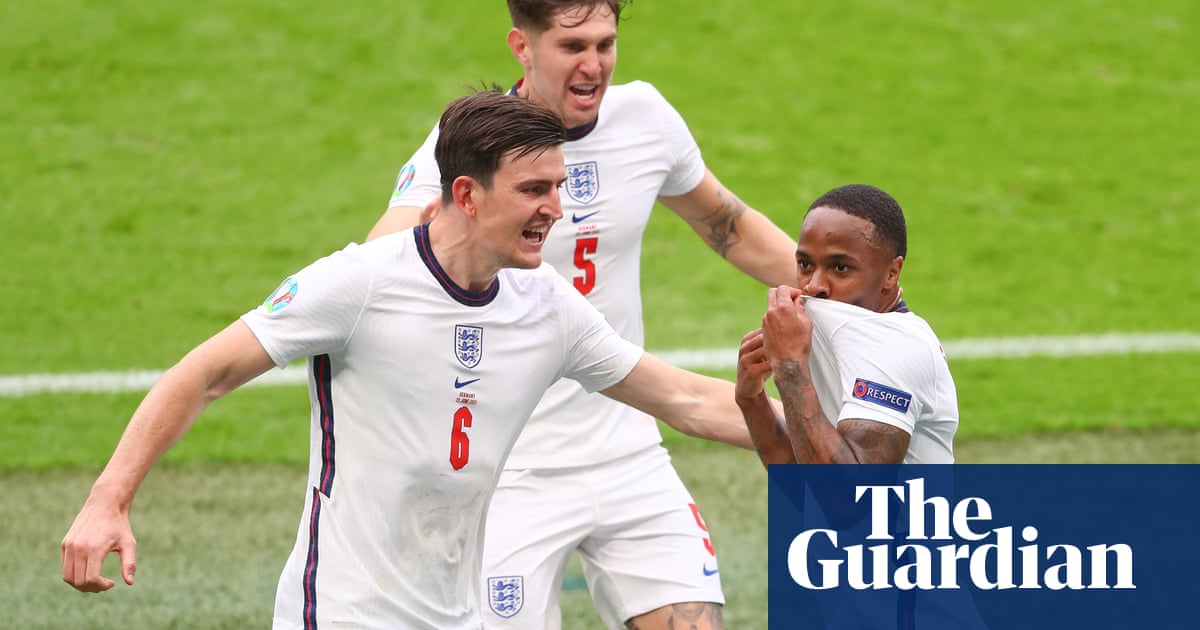 Harry Maguire has said he is proud of himself for bouncing back from a troubled period and recovering to play a key role in England’s quest to become European champions.

Maguire, poised to partner John Stones in central defence when England face Ukraine in the quarter-finals of Euro 2020 on Saturday night, found himself under intense scrutiny following allegations of a violent altercation with police while on holiday on the Greek island of Mykonos last summer.

The defender was convicted of aggravated assault, resisting arrest and attempted bribery by a Greek court – he denies the charges and has appealed – and endured a rocky spell on the pitch at the start of last season, struggling when Manchester United lost 6-1 at home to Tottenham in the Premier League.

However Gareth Southgate resisted calls to strip Maguire of his England place, even after the 28-year-old was sent off in the Nations League defeat by Denmark last October, and the manager’s faith has been rewarded this summer. Maguire, who excelled during the last-16 win over Germany, has been outstanding since returning from the ankle injury that threatened to cost him his spot at the Euros and he believes his resilience has helped him silence his critics.

“Every player goes through periods of ups and downs,” Maguire said. “That’s where you really show your character to overcome that period and that’s something I’m really proud of within myself. When you play for Manchester United every bad game you have is made into a real bad period of form.

“I remember the game against Tottenham where we were really bad and conceded six goals. All of a sudden the period of form has turned atrocious for myself and the rest of the lads just through one game but that’s what happens and that’s what you expect. It’s about how you deal with it, how you bounce back. First and foremost you work hard off the pitch and you take that on to the pitch and that gives you confidence to go and play well.”

Southgate has consistently backed Maguire, who missed England’s first two group matches, and his decision to gamble on the United captain’s fitness has paid off so far. England are yet to concede a goal and Maguire has formed a solid partnership with Stones since coming in to replace Tyrone Mings.

“Relationships off the field can also be taken on to the field,” Maguire said. “With me and John, he does not mind telling me things that I could do better or if I have done something wrong. And I don’t mind telling him.

“It’s about making sure we are both mentally ready and focused throughout the game. The way we are both comfortable on the ball helps each other and if you are calm and composed, it feeds through to the rest of the team. That is a big part of being a centre-back. You have got to bring composure and a real feel of authority to the rest of the team. John’s had an exceptional tournament up to now.”

Maguire is a booking away from missing a potential semi-final against the Czech Republic or Denmark but he will not let the possibility of being suspended affect his focus against Ukraine.

“I haven’t thought past this quarter-final,” he said. “I’ll be going into the game playing my normal game. It’s not often you play in a major tournament quarter-final so for me to look beyond that would be silly.”

The message from Maguire was straightforward: England must be brave in Rome. “We haven’t had a setback,” he said of the tournament so far. “Through past experience we have had setbacks and overcome them so we will use that to our advantage. We speak about different scenarios, but of course we want to play aggressive. We don’t want to play with fear.”

Maguire added he was excited about playing alongside Jadon Sancho at Old Trafford next season. The England winger, who has barely featured so far at this tournament, is close to sealing his move to United from Borussia Dortmund.

“Jadon is a top player,” Maguire said. “He has exceptional talent even though he is still really young. He’s a great lad.”